Learning a lesson from our forbearers. . . 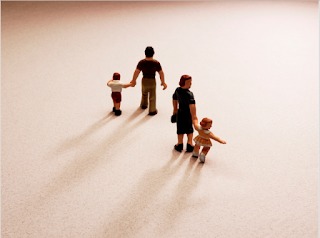 In the US few seem to grasp the appeal of a Donald Trump.  Though I am not a supporter of Trump, it is not difficult to understand his appeal.  We live in a nation in which change has become rapid and in which we feel distant from our past and from the institutions that provided an anchor for our lives and a direction for our hope.  The cultural elite have promoted a political correct kind of nation in which choice is devoid of moral value except the need to disdain the sins of our past (mostly oppression).  In this vacuum there is little for the ordinary American to hold onto -- until someone comes along who speaks out loud what many have whispered, who does not seem intimidated to the gods of diversity and politically correct speech, and who dares to throw it all in the face of the media and the powerful ruling class which decides what ideas will and will not be tolerated.  It is a culture of outrage from folks who feel like they have few places left to express their indignation.

What is happening in other places (in England, for example, and the working class there apt to blame their plight on Thatcher's resurgence of the free market), is happening in America as well.  Schools are talking more about bathrooms for transgender than about teaching children the three R's.  Workplaces have become battlegrounds for existence.  Police and legal authorities have been painted with the broad brush of bigotry and oppression.  Food police are telling us what we can eat and drink.  Obamacare defines what we want from the health care system.  Even though a woman may very well become President and a Black is our President, we are everywhere charged with mysogyny and racism.  Certain lives matter but not the unborn.  Religion is better not seen and best not heard in the public square.  Businesses are shut down for refusing service to people who could easily find others to satisfy their wants without much trouble.  Terrorism that is clearly born of one religion and one ideology is treated with kid gloves.  In Cuba the arrest of dissidents is deemed the equivalent of a lack of jobs or health care for all and our own President does not disagree.  What are we to think?

Immigrants are doing better in all of this because, unlike the white working class, immigrants have retained the social and religious institutions that promote cohesion, identity, and provide them support.  While I am not unsympathetic to the challenges faced by blue collar workers and their families, I wonder if this dearth of social and religious institutions to support them and sustain their identity is not one of the bigger challenges to face us as a nation.  As a nation we no longer enjoy unanimity when it comes to our values.  Diversity has left us unsure if we really do have things in common and the result is suspicion and fear.  The campaign of the progressives to allow religion only to challenge their definition of oppression has left us feeling isolated and without a voice.  The pace of change and the marginalization of once important institutions like the church have left many of us angry, frustrated, and fearful.

The decline of the neighborhood, the disbursement of the family across the nation and globe, the challenges to family, the myriad of choices that pull us in different directions, and the individualization of faith are all as significant as the economic troubles that face the working class.  Add to that the weakened structure of the family, the absence of strong male role models, and the negative portrayal of masculinity and we are ripe for an election that is more than anything else a protest and the outcome which will inevitably satisfy few of the voters who cast their ballot for change.  Obama's promise of the change you can believe in left us more divided than ever.  We want America to be great again but I wonder if this is possible unless and until we address the lack of social and religious institutions and structures that are essential to the well being of any group but especially at a time when the white working class fears their place and dreams are slipping away from them.  The answer cannot simply be economic.  It must also address the common values and the common esteem for church that once marked Americans across the board.  Fixing the wallet will not repair the isolation, end the reign of fear, and turn off the anger against those who have decided that faith is only good if it is private and silent.
Posted by Pastor Peters at 6:00 AM

The only choice Christians in America is to be counter-cultural. All other institutions are in the process of collapse or disunity.

They came beforE us, so they are forEbears

Forbear is a verb, to do without, to shun, to hold oneself back