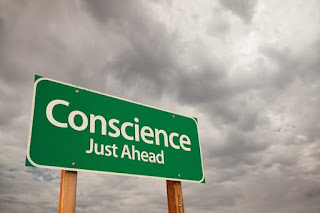 While Luther was held in friendly captivity in the Wartburg, he was busy with work such as his Commentary on the Magnificat and then the translation of the New Testament into German -- an activity that occupied his restless mind until an event that compelled him to risk his own safety and mount a horse to head to his beloved Wittenberg.  Part of the concern that drove him was the attempt to hijack the conservative reformation by Karlstadt and turn it into a Zwinglian revolution.  Just as Elector Frederick was not about to sanction such radicalism, neither was Luther prepared to abdicate the catholic principle in favor of Zwickau prophets and the gnosticism of special revelation Muenster's threat of bloodshed to hasten the pace of reform.  It all finally came to a head and he had to choose sides.  The Peasant's War was one of the most difficult of Luther's decisions.  In the end his admonition to peace did not quell the revolt and issued a tract Against the Murderous and Thieving Hordes of Peasants.  What began as a theological concern, ended with an appeal to order.

This is not an insignificant event in the life of the early Reformation period.  Nor is it an isolated event limited to one moment in time and one space.  In essence, we find ourselves in a similar place today.  Many within the electorate have grown weary and fearful of the rapid pace of radical change.  How quickly we have gone from courts requiring gay marriage to bathroom debates over people who define gender by feeling instead of anatomy.  How quickly we went from a seeming recovery of a sense of security after 911 to the explosion of violence over Europe and the US -- violence we once thought confined to the Middle East!  How quickly we have gone from a presumption of common values to the question of what it is that does unite us and how it is possible for us to move forward without a tangible and common sense of right and wrong, good and evil.

In my own church body we have taken stands to guard the institution of marriage from the whims of the moment and a society unleashed from history and tradition.  We have hunkered down on the pro-life debate amid a culture seemingly intent upon imposing assisted suicide and the so-called compassionate euthanasia of the aged and inform.  We have fought for the ability of our colleges and universities to teach and practice in accord with the faith even while the government and agencies that accredit them are pressing us to turn these institutions into the mirrors of secular private and public schools.  We have adopted a convention resolution in support of the right of women to conscientiously object from draft and military service against their will.  We have a clear and consistent voice in the person of our Synod President, Dr. Matthew Harrison, but some among us are not so sure we should not try harder to accommodate and fight against the constraints less forcefully.

We have a conflict of both theology and order.  Lutherans are not typically those who agitate against the state.  We have in our history tried to go along and get along as much as possible with the rulers of government and with the mood of society -- as long as and unless they prevented us from being faithful (which was the cause for the little immigration that formed the Missouri Synod).  Yet the present and future seems to point us into a path of unrelenting upset as theology and order increasingly conflict and it becomes more and more difficult to be faithful within the boundaries of the law and the cultural values espoused by the majority.  In addition we find ourselves caught between the cultural divide of the ordinary citizen and the privileged elite of academia, money, media, and power.  We find ourselves seeing two different Americas and two different futures.

I believe that this is at least part of the reason for the rather strange political circumstance we find ourselves in today.  Trump claims to be the voice of those disenfranchised, those who see their America disappearing and who do not recognize the new America rising from the ashes of our once common sense of morality, common values, and common vision of the good life.  Whether he is or is not that voice for the angry, underemployed, frustrated, and fearful, it presents us with a conflict not only of theology but of order.  It is clear that many in Washington and many in the hallowed halls of the Ivy League and many within the power centers of business and the media do not see this divide, do not sense the anger or understand its cause, and are quick to write it off as ignorance.

Lutherans historically confessed an unchanging Word of God and addressed doctrine as established and unchanging as well.  But we also have a predisposition to support order (perhaps our theme Bible passage is Paul's dictum that all things be done decently and in good order).  This is a time of testing for us.  How will we respond?  There will be no shortage of crosses to bear, no shortage of suffering to endure, no shortage of persecution to bear, and no end to the temptation to give up or give in.  I believe the future presents us with a great challenge and a great chance to, as Pres. Harrison put it, to conscientiously object on a variety of fronts in order to remain faithful.
Posted by Pastor Peters at 6:00 AM

. Engagement will not even be a matter of choice, but we will be forced out of our apathy and away from our comfort zones. We have taken our religious freedom for granted. Our own government will be on our shoulders.. I think the signs of persecution are evident and growing in our beloved America. Why? Simply as the Bible declares repeatedly..."a new generation arose and they did not know God."

You can see in the OT and NT there were few just and good leaders. Maybe our democracy is only a shadow that gives way to big bureaucratic government. Christ calls us to be an influence on society, no matter how dark that society has become.