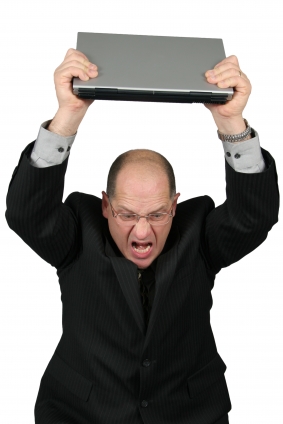 Enforcing the law to punish those who break the law is so often not enough.  Things change slowly.  Using the law to make changes in society is much faster.  The law does not simply punish then but directs the changes.  Now Massachusetts is thinking that the law may apply to churches.  If churches do things beside worship (as if that ever happened) then perhaps the law just might apply to those  events.  Churches that are open to the public for events not of an obvious religious nature could be subject to the law.  A church that either promotes or even appears to tolerate language critical of transgender people could be accused of creating a “hostile environment” for transgenders and therefore would be guilty of “harassment.”


The law mostly applies to businesses that serve the general public. However, according to guidance from the Massachusetts Commission Against Discrimination, churches that hold “secular” events like “a spaghetti dinner…open to the general public” are under the statute during such events. The Commission is the state agency tasked with creating policies to enforce the law.

As The Stream previously reported, this could lead to pastors in jail. From the Commission’s document: “Violation of the law shall be punished by a fine of not more than twenty-five hundred dollars or by imprisonment for not more than one year, or both…. In addition, the violator shall be liable to the aggrieved person for damages.”
Republican state Rep. Jim Lyons told Conservative Review that the bill “was never about [preventing] discrimination.”

Washington Post legal analyst Eugene Volokh said the law could end up with pastors being punished if even members of the congregation didn’t use the government-approved language. A church that appears to tolerate language critical of transgender people can be accused of creating a “hostile environment,” and therefore “harassment.”

I have visited Massachusetts several times. It is a lovely state with beautiful scenery, like nearby Vermont. I live in upstate NY. The small towns and farmland, orchards, streams, and rivers across New England seem to draw one back to rural America and a more gentle time. However, these areas of the country are saturated with political and social liberalism, not of the libertarian variety, but liberalism of the intolerant and discriminatory type pervaded by political correctness and elitism. When a New England politician or academic accuses conservatives of being biased and bigoted, they are deflecting against their own peculiar prejudice which excludes opposing viewpoints. Although there are many conservative people living in these areas of the country, it is primarily liberal and progressive voices which are heard and celebrated in their media, their universities, and in their political arena. The progressives do want the power to govern the point of view of citizens, from kindergarten to the university, and are pathetically focused on LGBT issues, climate change, alleged bullying, and are willing to deny rights and freedom to people of faith. I think it is so deeply entrenched in the Democratic politics of New England that it will not change. Conservatives will always be second class citizens. Socialists and statists function in positions of authority from the school boards to the Towns and state governments. If this is what Massachusetts voters inevitably support in a majority, than there will be no changes in the near future. In my view, Churches and believing Christians will eventually have to leave. There are many other U.S. states which are friendlier to us, Why do you think our ancestors left Europe and their homelands?