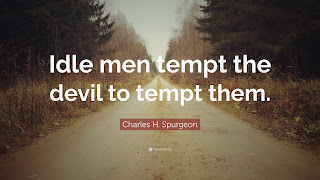 The “quiet catastrophe” is particularly dismaying because it is so quiet, without social turmoil or even debate. It is this: After 88 consecutive months of the economic expansion that began in June 2009, a smaller percentage of American males in the prime working years (ages 25 to 54) are working than were working near the end of the Great Depression in 1940, when the unemployment rate was above 14 percent. If the labor-force participation rate were as high today as it was as recently as 2000, nearly 10 million more Americans would have jobs.

The work rate for adult men has plunged 13 percentage points in a half-century. This “work deficit” of “Great Depression-scale underutilization” of male potential workers is the subject of Nicholas Eberstadt’s new monograph “Men Without Work: America’s Invisible Crisis,” which explores the economic and moral causes and consequences of this:

Since 1948, the proportion of men 20 and older without paid work has more than doubled, to almost 32 percent. This “eerie and radical transformation” — men creating an “alternative lifestyle to the age-old male quest for a paying job” — is largely voluntary. Men who have chosen to not seek work are two-and-a-half times more numerous than men who government statistics count as unemployed because they are seeking jobs.

These folks are not counted in unemployment statistics because they are voluntarily unemployed and not even looking for work. The numbers of men between 25 to 54 who are “economically inactive” is unprecedented.  It is unrelated to education, the ups and downs of a business cycle, or even the availability of jobs.  The surprise is that these men do not feel the usual male impulse to work (providing and protecting).  These men are not stay at home husbands or dads but have chosen to live off of others -- using government benefits, family members, and girl friends to provide for them.  Some have suggested that the men that do not work are not to be the marrying kind.  On the other hand, women, both married and single, are working in vast numbers.

Compare this.  In 1965, even high school dropouts were more likely to be in the workforce than are the 25-to-54 males today. Eberstadt notes, “the collapse of work for modern America’s men happened despite considerable upgrades in educational attainment.”  This shift in men 25-54 coincides with a general retreat from marriage (“the proportion of never-married men was over three times higher in 2015 than 1965”) and points to a deeper problem.  These men are living in a prolonged adolescence in which they choose to be voluntarily idle, spending their time watching TV and movies 5.5 hours daily, two hours more than men who are counted as unemployed because they are seeking work, and playing video games.

So a third of American men aren’t working, including the unemployed and those who have exited the workforce because they have given up finding a job.  However, there are two-and-half times more men who are not seeking employment and who are happy being idle.

What does this do to the concept of vocation, to the ordinary roles of husband and wife, to the place of family, to traditional duties assigned to males, and to the future of all of these?  I wish I had a clue.  What do you think?
Posted by Pastor Peters at 6:00 AM

First, don't trust G. Will. He is an elitist who despises those he writes about.
Second,blame the nagging wives. Blame the women who want the bad boy until they are ready to settle down. Oops too late. We don't want you now.
Third, mothers get told they are great on Mothers Day. Fathers are told they are not doing enough... Have family devotions...etc.

The Nanny State has mad it too easy for men to abdicate their God-given responsibilites, and Hollywood has aided and abetted it by portraying fathers as bumbling oafs while glamorizing career women. It's time to yank the cable, take down the dish, and return the box.

In the many months I was a cashier, I hardly ever saw a man with food stamps.

In the 25 years I wasted in going to the relgious country club that is the Lutheran Church, I never saw one outreach program for the homeless and in particular homeless veterans. Their was always tons of money for stained glass windows, fancy pipe organs and lots of altar flowers. But not one can of beans for the homeless.
I know, Jesus loves those people so you don't have too.

To prove how phony the LCMS is I will tell one anecdote.
A former boss was arrested for being a child molester and remanded to jail. I visited him many times and saw that it would probably be good if my then LCMS pastor visited him in jail and talked to him about the Gospel.
My pastor wouldn't go and see the guy. All the horse*!7 about how we have to love and serve our neighbor and he wouldn't go. The assistant pastor wouldn't go. The heretic women from the Vineyard would visit him but my so called "confessional" pastors wouldn't go.
That my friends was one of the many wake up calls that the Lutheran Church is apostate.