An old church in ruins vs a ruined church. . . 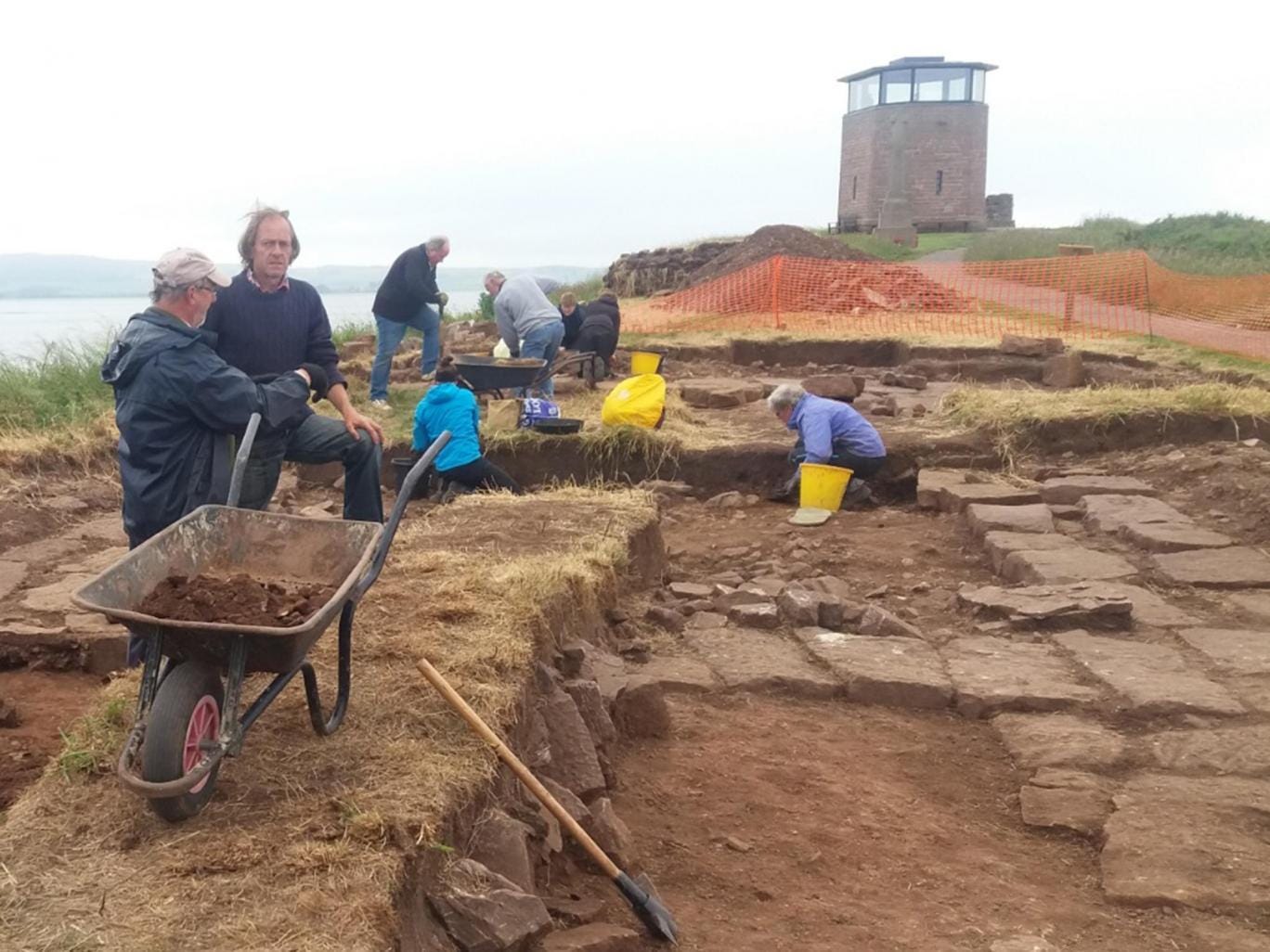 Well, what do we have here?


Archaeologists have discovered one of Britain’s oldest churches.  The find – on the Holy Island of Lindisfarne, off the Northumberland coast – is of great historical importance because the newly discovered ancient church may originally have been built in or shortly after the mid 7th century AD as part of the monastic spiritual epicentre from which much of northern and central England was eventually Christianised.

It’s also important because it is likely to have been a key site at the spiritual heart of the early 8th-century monastic community that made Britain’s most famous early medieval illuminated manuscript – the Lindisfarne Gospels. The evidence suggesting that this could be the site of one of Holy Island’s original early Anglo-Saxon period churches – perhaps even one built by the founder of Lindisfarne, St Aidan – is complex but persuasive.

The archaeological excavation has revealed that the monks chose the most challenging and difficult location to build their church – potentially for politically symbolic reasons.
The building stood on a totally exposed, extremely wind-blown rocky promontory facing directly towards the great royal palace of the monks’ first patron and benefactor, north-east England’s most important early Christian king, the 7th century St Oswald of Northumbria. The church was constructed just two or three metresfrom the cliff edge. The location was known in Anglo-Saxon times simply as “The Precipice”. Also suggesting an early, potentially late 7th century, date is the very primitive ‘pre-architectural’ style of the church’s masonry.

So far, the archaeologists have found dozens of pieces of broken masonry – including crudely-worked window surrounds – in a style suggesting that the mason was more accustomed to working in wood than in stone.  A final potential clue to its age has been found at the extreme eastern end of the church. It is the probable base of what may well have been the original altar installed there by St Aidan in or immediately after he founded the monastery in AD 635.

Archeology seems to favor the Christian view of history.  This story is no different.  The story of Christian England's beginnings comes just in time to see how it might end.  May the Lord grant renewal to the heirs of the missionaries and faithful who brought our Lord to Great Britain. . . in time to save the faith from the indifference to and rejection of historic Christianity that seems to characterize most of English Christianity today.
Posted by Pastor Peters at 6:00 AM