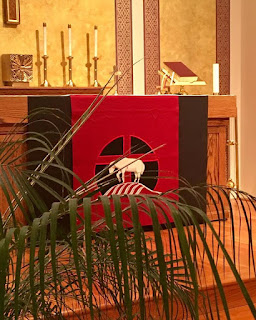 I do not believe that I have ever read a sermon, purportedly written by a Christian, that so consistently confuses the unbeliever with the member of the Kingdom of God. The last 5 sentences cannot make everything acceptable, because if what the sermon claims up to that point is true, it is impossible for us to do that.
George A. Marquart