Grieving the Loss of a Family Member 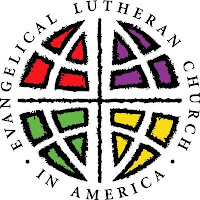 Today in Minneapolis, the Church Wide Assembly of the Evangelical Lutheran Church in America voted on the third of three major issues. First was a vote to adopt a social statement which gave approval to committed same sex relationships, in effect giving same sex relationships the same status as marriage between members of the opposite sex. Second was a vote to enter into full communion with the United Methodist Church. Third was a vote to change rules regarding ordination and clergy -- in effect applying the rules of the social statement to candidates seeking ordination and clergy already ordained. This means that the ELCA now allows their pastors to enter into committed same sex relationships (previously, pastors who identified as homosexual in orientation were required to live celibate lives in order to remain on the clergy roster of the ELCA).

First my reaction is one of grief and sadness. It is as if we have lost a family member. These actions have created an impossible distance between Lutheran cousins like the Lutheran Church Missouri Synod (LCMS, to which I belong as does my parish) and the ELCA. I am deeply saddened by this deepened rift and for the hundreds of faithful pastors and congregations I know whose place within that church body has been made so very difficult. There is no room to gloat or pride when other members of the Lutheran family have acted so out of keeping with historic Lutheran identity, confession and practice.

Second, this is not about sexuality or homosexuality. Some will try to make it about this but that is not the cause of such great sadness and distance. No, what is the greater issue here is the way in which a church body has disconnected its current life and confession from Scripture and its Confessions. This is the real issue. It is not about gays or lesbians but about the choice to make the gospel (small g in this case) a principle instead of a message and to set this principle of tolerance, acceptance, liberation, and freedom against the clear passages of Scripture which clearly define sexuality within the context of male and female, marriage and family. For in setting up the rationale for this departure from what Christianity has always understood, the ELCA has put into place the very mechanism to depart from the very Gospel (big G - meaning the cross and empty tomb) itself. This is the inevitable outcome when gospel becomes the legitimacy for any new understanding or new idea that once was clearly prohibited in Scripture and tradition. Indeed the real issue is what do we have left when gospel stands in opposition to the clear words of Scripture? Surely it is the Gospel -- the message of Jesus Christ and the salvation He won for us by His death and resurrection -- that is lost when the church has the freedom to oppose Scripture or to disregard what Scripture has clearly said and the Church believed for two millenia (and longer in the OT).

Third is the foundation that was used to support and justify the full communion relationship with the United Methodist Church. Again this is not about Methodists but about the way the ELCA has embrace a reconciled diversity to allow communion, clergy sharing, and cooperation when agreement has not been reached. In other words, the two church bodies have very different understanding on the Sacraments, specifically on such core issues as whether Christ is present in the bread and wine of His Holy Supper or whether He is merely present in a spiritual way to the community gathered together and the individual remembering the Savior. Again, the issue is how these decisions were made, the theological principles underlying the vote to full communion with a church body not in full confessional agreement, and the weak unity such unreconciled diversity fosters.

As a member of the Lutheran Church Missouri Synod, I grieve with my brothers and sisters in the ELCA, for the decisions made, for the faulty theology underlying those decisions, and for the resulting consequences for this church's future. I do not in any way imply that my church body, the Lutheran Church Missouri Synod, is without fault or problems for such is not the case. But the errors prevalent in Missouri are not a theological confession which is compromised but practices which conflict with a faithful confession.

So where do we go from here. On one hand we have some very fine documents in the LCMS that we can offer to state positively what we believe, teach, and confess (in accord with Scripture). I offer you links to several of those below:

1. Marriage and Human Sexuality
2. Legislation Regarding Same Sex Unions
3. What About Homosexuality
4. Ministry Plan to Homosexuals
5. Initial Response to the ELCA Proposal
6. The Contemporary Debate on Homosexual Clergy

To those interested in a fuller review of the issues I have touched upon, please check out the links above. To those who have deeper questions, I would offer you to check out the web site of Robert Gagnon whose publications have proven to be faithful to Scripture and yet sensitive to the parameters of this very public debate.

In terms of the general public, it is important that we affirm that we of the Lutheran Church Missouri Synod have faced the same issues as the ELCA but come to very different conclusions and we can reference some of the links above as evidence of that stance which is both Scriptural and consonant with our Confessions. However, we gain nothing by tearing down others. It is sufficient that we make distinction between their position and our own.

In terms of family members of friends in the ELCA, I would encourage patience and compassion. I do not expect a mass exodus away from the ELCA. First, there are many who would believe that as long as it does not directly affect me or my congregation, I can live with this. Sort of a NIMBY (not in my back yard) mentality. Second it will take time for people to come to grips with what has taken place and how they will respond to it. Third, there are already groups in the ELCA that have prepared options (Word Alone is one group, Lutheran CORE is another).

As far as those who find that they no longer wish to remain, I would welcome a conversation and offer them faithful pastoral care until they decide what path to follow... and if any seek out a new church home, we can cross that bridge if and when it comes.

On Sunday, August 23, we will pray for the ELCA. I hope in your personal prayers you will pray for our Lutheran kin there as well.
Posted by Pastor Peters at 7:28 PM

Pastor Peters, please continue your prayers for us. Right now I am heartsick, angry and betrayed.

The authority of Scripture, which the ELCA (on paper) regards as the written word of God, was put up for a vote. Guess who lost? It certainly wasn't the revisionists!

They do not care that what they have done has effectively destroyed what was the ELCA. It wasn't just done at CWA. It was "death by a thousand cuts," ever since this "study" was initiated eight years ago. Meaningless sanctions against congregations calling homosexual pastors...the establishment of an organisation (Extraordinary Ordinations) to completely defy then-ELCA policy...postponement of resolution over and over (until the time was "right")...allowing pastors not rostered in the ELCA to continue to serve as parish pastors...demonising traditionalists as "intolerant," "homophobic," even "Nazis"...then finally early this year a recommendation to "exercise restraint" against sanctioning noncompliant congregations/synods...does anyone REALLY doubt this was a slam-dunk from the getgo?

Now they are gloating. They are crowing about supposed "justice" having come to the ELCA and having beaten the "exclusionists." They make it clear that THEY now control the "debate."

Presiding Bishop Hanson is calling for "unity." I believe he supported this all along. Unity in what, Bishop?

The ELCA has forgotten Law and Gospel in favour of a feel-good humanist "theology" that allows things like "herchurch.org" to exist under its umbrella in the name of "inclusiveness."

I do not know yet what my congregation will do, but I know there are a lot of hurt and angry people who do not like this.

Pastor, expect posters to tell you to MYOB because you're a member of the intolerant, homophobic, patriarchal Missouri Synod. DON'T BUY IT.

Right now I don't know whether to cry or spit hand grenades.

Don't "practices which conflict with a faithful confession" compromise our theological confession?

This is a BIG part of our problem in the LCMS. Practice is part of our confession. Until otherwise faithful people come to grips with this we will continue to get farther and farther away from being a Lutheran synod.

Look at this sentence again:
"But the errors prevalent in Missouri are not a theological confession which is compromised but practices which conflict with a faithful confession."

This is why we have the proverbs, "practice what you preach," and "actions speak louder than words."

We of the LCMS do indeed live in a glass house.

I have found an LCMS congregation that is welcoming, friendly, and does not parse the Scriptures to make them say what they do not say.

Even though I have not formally severed ties, I have left the ELCA...or actually it left me.

I agree with Randy, the ELCA left us. My church back home is still Biblical however the church at my college town told me after this decision that "some people were bound to be hurt by this on one side or the other." As if this were a simple disagreement which the Holy Scriptures do not clearly address. I am going to talk with this pastor about what was said in his church, however I may be looking for a confessing Lutheran church soon.