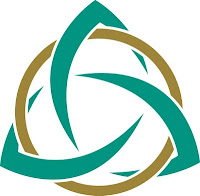 Those who look at a creedal Church like Lutheranism are often quick to point out that creeds are just words and not deeds -- in fact one church made a slogan out of that critique. But it appears that creeds do have a salutary effect upon churches often hell bent upon destroying the fabric of Christianity.

A little background...Back in February, Father Kevin Thew Forrester was elected as the new bishop of the Episcopal Diocese of Northern Michigan. So — why did the Rev. Kevin Thew Forrester not get the required consents from Episcopal bishops and diocesan standing committees to become bishop of the Diocese of Northern Michigan? This from a church which approved of the election of a non-celibate gay priest as Bishop of New Hampshire (Gene Robinson) and that refused the request of the worldwide Anglican communion to refrain from additional elections of gay and lesbians as bishops of the Episcopal Church in the USA.

Well it seems that the nasty old business of the creed got in the way. Forrester altered the denomination’s baptismal covenant to make it more closely reflect his own personal theological views. He likewise rewrote the church’s Easter Vigil and reworked the Apostles’ Creed. Critics said the changes removed or obscured key Christian teachings about the atoning work of Jesus Christ on the cross, the problem of sin, the will of God and the identity of Jesus as the eternally divine and only-begotten Son of God. Forrester it seems has conflated his Buddhist spirituality and Christian faith into an identity no longer at home with the Apostles' Creed.

In other words, a church body known for its willingness to tolerate just about anything can go only so far before a creed stood as a roadblock to the approval of a bishop and the change of the Christian faith. This is a remarkable feat for a church that has not rejected the election of a bishop for more than 70 years, which has allowed for wide latitude of beliefs and practices and lifestyles. A little bitty paragraph dating back some 1,930 years or so has gotten in the way.

So when you confess that creed on Sunday morning, say it with a little punch. Those are not just words. They are the battle lines for the faith. We confess them to draw boundary lines around what must be believed, taught, and confessed. We confess them as summary proclamation of the entire Word to the world. And, it seems, we confess them to say to those who would change just about everything to keep the church relevant in the 21st century. Only so far... and no more. Soli Deo Gloria...
Posted by Pastor Peters at 7:36 AM

Yes. The main purpose of church is NOT fellowship, or some ooey gooey feeling. It is truth. The creed is a synopsis of that truth. The truth is not affected by our sin, even the sins of the minister.

I know that will get me a lot of flak, but the Truth lies far above what WE DO.

Let us confess that Truth knowing our behavior this past week, day, hour, minute cannot affect it. No, I am not 'for' gay bishops. I AM for the truth confessed each Sunday.

As someone said, "The Liturgy (and hence, the Creed) protects me from the pastor."