BBC and Bach -- What WE Lutherans Should Have Done... 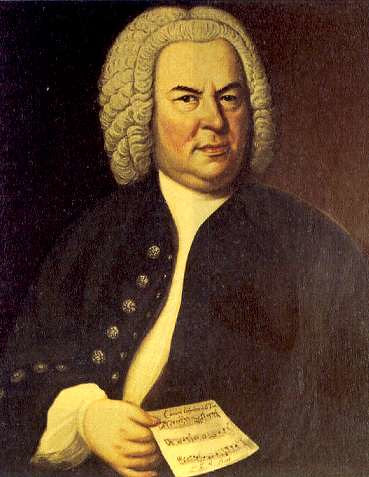 Borrowed from my friend Paul McCain... Catch the YouTube Videos while you can...

This is a recent documentary that offers a fairly good overview of the Reformation and the work of J.S. Bach as the servant of the Lutheran Church that he was, laboring away in near obscurity, using limited resources. It’s kind of quirky, in a typically British way. It is good that it focuses on the music as Bach actually wrote it and for the purpose he wrote it. Everyone is familiar with Bach’s instrumental works, but in fact his massive cycles of Church cantatas are his greatest achievements. This documentary “gets it” as well, if not better, than anything I’ve seen before. There are some great scenes filmed in St. Mary’s Church, Wittenberg; St. Thomas, Leipzig, and St. George, Eisenach. The churches are not always clearly identified. It’s a shame they didn’t subtitle the chorales and cantatas as they were sung. But that’s often the way it is: people focus more on the music and not the words, which, to Bach, were the most important reason why he wrote his music. The Word of God was conveyed by Bach’s music in powerful ways, but it is not the music, per se, that is the thing, it is the Word of God, and … most importantly and significantly of all Bach was interested in conveying Christ and Him crucified. This aspect of his work is hinted at but never specifically articulated. We can only assume the American Lutheran pastor who is interviewed in this piece did explicitly confess Christ, but his remarks were edited out. That’s usually how it is with Bach. People grow increasingly uncomfortably the more specifically Christian the talk gets. But Bach’s great church music was all about Christ. They can’t help but tell us that when they feature the popular chorale from Bach’s Cantata 147, Jesus, Joy of Man’s Desiring.

Renowned actor and former chorister Simon Russell Beale explores the flowering of Western sacred music in this documentary series for BBC FOUR. Simon’s travels bring him to Germany where Martin Luther’s Protestant Reformation led to a musical revolution and ultimately to the glorious works of Johann Sebastian Bach. Luther, a Catholic monk who was also a composer, had a profound effect on the development of sacred music. He re-defined the role of congregational singing and the use of the organ in services. Crucially he also developed the hugely important tradition of singing in the vernacular which would characterize protestant worship for the next 500 years. Martin Luther’s reforms – and the century and a half of music that followed – shaped the world of JS Bach. Although today he is considered by many to be one of the greatest composers in history, in reality Bach spent most of his life working for the church and unknown to anyone outside of a small part of Germany. Simon’s journey includes Eisenach, in Eastern Germany, where Bach was born and the extraordinary space of the Thomaskirke in Leipzig where the composer spent much of his career. Here he discovers how Johann Sebastian Bach was in many ways a one man music factory, who for many years produced for the church work of the very highest quality, week after week after week. Bach wrote over a thousand pieces of music, and nearly two thirds of them he produced for the Lutheran Church. Throughout the programme, in the period setting of St George’s Lutheran Church in East London, conductor Harry Christophers leads singers from ‘The Sixteen’ and a small group of baroque instrumentalists through some of the key repertoire – including: ‘Jesu Joy of Man’s Desiring’, one of Bach’s most celebrated religious works, which is based on a Lutheran hymn tune.

Posted by Pastor Peters at 4:18 PM

Thanks for posting the links. I am going to feature them on my blog, and will link to your article as well.