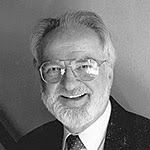 It seems we mourn several gifted Lutheran musicians and hymnwriters this year....

Born May 21, 1926, in Beatrice, Neb., Brokering graduated from Wartburg College, Waverly, Iowa, in 1945. He earned a master's degree in child psychology from the University of Iowa, Iowa City, in 1947 and a bachelor of divinity degree in 1950 from the Evangelical Lutheran Theological Seminary (now Trinity Lutheran Seminary), Columbus, Ohio.

Brokering was director for confirmation education with the former American Lutheran Church, Minneapolis, 1960 to 1970. He became a free lance educator, writer and consultant working in the United States, Europe and Japan. Brokering co-directed the film, "Where Luther Walked" in 1981. He also taught at Luther Seminary, St. Paul, Minn., for several years.

Brokering was a promoter of healing, justice and peace, leading more than 100 pilgrimages in his lifetime to places in Europe, the Middle East, China and India. The East German Ministry of Culture presented him with a peacemaking award.

He authored more than 30 books for Augsburg Fortress, the publishing ministry of the ELCA, and more than 100 lyrics for almost 60 composers.

"Herb was a gifted poet, author, speaker and composer. He was also a delight -- a man who cared deeply about his God, his family, his many friends and this publishing ministry," said Beth A. Lewis, Augsburg Fortress president and chief executive officer.

His hymn texts include:

Posted by Pastor Peters at 1:57 PM

Pastor Brokering was my pastor in San Antonio at St. John's Lutheran Church. I have always had a special place in my heart for him because of his mild, loving demeanor. I was a teen at the time, just having transferred to St. Johns. Most importantly, 2 days ago, my brother and I happened to be talking about a gorgeous choral arrangement by Herbert Brokering. As we talked, I learned that Rev. Brokering spoke at the church's 200 year reunion. At that time, Rev. Brokering spoke of many members, personally, by name, with a knowledge none of us could imagine. So my brother went to him and introduced himself. Rev. Brokering remembered our dad and commented about how nice he was. Several days later, Rev. Brokering called my brother at home and obviously had recalled more names and faces by then. He proceeded to describe our step mother accurately. We NEVER imagined that someone else knew the terrible way we were treated as children. It gave me great comfort and I was very sorry to then find that he had passed away.