What Is A Lutheran? 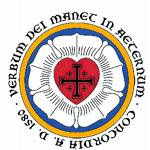 It should not be so difficult to answer that question. What is a Methodist is a hard question -- having lived in the Northeast where the Methodists tended to be the most liberal churches in town and now in the South where Methodists actually have tent revivals. What is an Episcopalian/Anglican is a hard question -- we are seeing the destruction of one national church and the unsettling of a worldwide communion because they cannot agree on what an Episcopalian is. What is a Roman Catholic is not so hard but complicated -- it can range from being in communion with the Bishop of Rome or it can include being conversant with its myriad of theological statements, councils, and canon law. But what is a Lutheran? That should be an easy one -- a no brainer!

Lutherans have written confessions -- not just 39 articles but a whole volume of confessions written over a nearly 60 year history to encompass just that question. But it seems that these Lutheran Confessions (Book of Concord 1580) are less and less used by those who call themselves Lutheran to define their Lutheranism.

When the ELCA began its many threads of departure from the mainstream of Lutheran identity, what the Confessions said had little real bearing upon the arguments and ended up having little to say about their chosen course of action, say, to acknowledge and approve of same sex relationships and GLBT clergy in "committed relationships."

When Missouri talks about worship, the conversation is generally not about what the Confessions of the Lutheran Church say, but what they do not say. Luther's practice, though of no binding character to any Lutheran, becomes the model more than what the words of those Confessions actually say (like about keeping the mass and its ceremonies).

My point is this, if we claim these Confessions but do not listen to them, then we, in effect, have no Confession. And that is a big problem. For without the Confessions, Lutheranism becomes a personal identity whose definition is no larger than one individual. If that is the case, then we might well be left with the Wisconsin Synod in saying there is no such thing as the Lutheran Church -- only a Lutheran congregation.

Who Lutherans are or are not is not a matter subject to individual interpretation. Our Confessions are written in pretty plain language. There do not speak in some foreign tongue or legalese that needs a dictionary to translate. They speak forthrightly and clearly. Our problem today is that many within Lutheranism are no longer comfortable with what our Confessions say so they pay lip service to them and use confessional "principles" to justify their own presuppositions.

What is the big problem in reading the words? I am amazed at the ways we will go to try and reformulate the Confessions so that they speak my answer to the question "What is a Lutheran?" It should be easy to answer that question and the answer should be rather consistent from person to person, church to church, place to place, time to time.

Perhaps we need to admit the obvious... We want to keep the institution called the Lutheran Church but we want to make it into something different... If that is the case then let us fight this battle openly -- for the heart and soul of Lutheranism. But let the battleground be what we have said and what those Confessions still say... and those who refuse to live under their banner may need to consider finding another church home if they cannot live in the one marked, defined, and practiced according to the Book of Concord.
Posted by Pastor Peters at 7:11 AM

I posted the following on Rev. Weedon’s blog, where a link to this post was shown:

Both Fr. Peters and Cyberbrethren have posts on the topic of “What is a Lutheran.” The contrast between the two is remarkable. In Fr. Peters’ post I get the impression (please note the subjective opinion; in all likelihood it is not what Fr. Peters intended to convey) that the problem with the Lutheran church is that we have forgotten the rules, even though, apparently ours are much easier to follow than those of all those other questionable denominations. On Cyberbrethren, quoting Dr. Rober Preus, the crux, so to speak, of the matter is stated so clearly: to begin with, “This Book of Concord contains a quite divergent assortment of creeds and formal confessions which have one thing in common, a doctrinal unity, a united commitment to the teaching of the Gospel of Jesus Christ,” and ending with, “No collection of books or statement has so adequately, so accurately, so comfortingly reflected and exhibited the Biblical Gospel as do the Lutheran Confessions.” From the time of Luther, being a Lutheran has to do with love and devotion to the Gospel. It may not be everything, but it certainly comes first, and it is the only thing which, by virtue of the Holy Spirit, has power.

Peace and Joy,
George A. Marquart

For some time now, I've appreciated reading your blog and was wondering if you could clarify something you wrote in this post.

You wrote, "For without the Confessions, Lutheranism becomes a personal identity whose definition is no larger than one individual. If that is the case, then we might well be left with the Wisconsin Synod in saying there is no such thing as the Lutheran Church - only a Lutheran congregation."

I understand and can agree with the first sentence, but I was wondering if you could explain the second sentence a little further. It strikes me as something of a caricature of what is really taught in the Wisconsin Synod regarding the Church. Any further explanation you can provide would be appreciated.