Another Consequence of Delayed Marriage or Prolonged Singleness 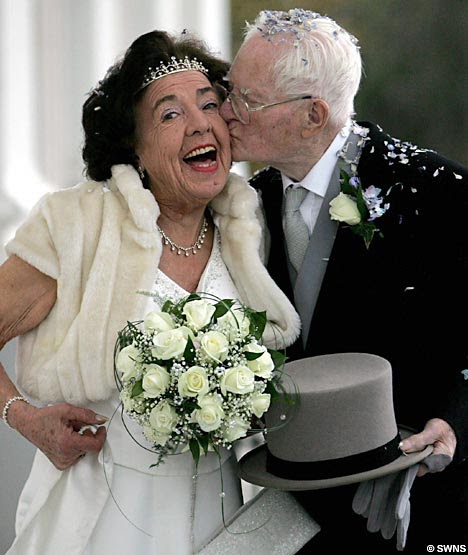 I recall reading (where I read this I cannot recall) that another consequence of the delayed age of marriage and the prolonged state of singleness is the declining numbers of younger folks in the Church.  I must confess I had not thought about it that way but there is much to this.

In days gone by, sexual maturity occurred fairly close to the average age of marriage (removed by no more than 5-6 years) and so the rebellion of youth was soon restrained by the responsibility of adulthood.  The time in which teens and early twenty-somethings left to pursue the objects of their curious and insatiable hearts was not only reigned in by marriage but also by the prospect of and the arrival of parenthood.  It was as if God provided these as natural doors through which the young were called back to Church for a wedding, baptism, and child-rearing.

Now we find that the average age of first marriage for men is nearly 28 in the US (32 in France, 30 in Canada, and higher than the US in most of Europe as well).  The low recorded over the last hundred years was 22 in the US.  For women the gap is even more pronounced.  The average age today is about 26 (it was as low as barely 20).  In Europe and Canada the age gap between men and women at their first marriage is barely noticeable.

So we have gone from a few years of youthful rebellion out of the Church to a decade or more (for those from religious households and even longer for those who grew up in nominally religious homes or distinctly non-religious households).  What was a distant but not forgotten habit to a 22 and 20 year old, has become an ancient memory to those who marry almost at the end of the 20s and, if they have children, start a family years after that.

The statistics for singles in Church is particularly dismal.  Those of all ages who are intentionally single or non-married are nearly absent from the Church and, without a wedding or baptism to call them back, they tend to remain distant from the Church and hard to win over.

Nearly all the statistics show that this trend of increasing age for first marriage and the growing number of those who choose not to be married will continue unabated over the near future (and probably long term).  All of this creates a circumstance in which the Church is more and more on the fringes of life and thought for those in the 20s and 30s in America (as well as the rest of the West).

I do not have any magic carpet to reaching these people -- just a presumption that the home in which our children dwell is the most important place for establishing their faith and creating the good habit of worship.  Speaking as a parent of three in their 20s, none yet married and yet all actively in Church, I would like to say that the most important responsibility of Christian parents is to bring up your children in the faith.  I would like to say this, but I fear that a host of other areas compete with this responsibility and even good, solid Christian parents feel the pressure to focus on other things before faith development.  So, if you are a parent out there, let me encourage you to be faithful in deed as well as in word.  Let your children see the importance of weekly worship by your own habit (and therefore the family's routine).  Let your children see you pray and take advantage of the many doors provided in ordinary conversation to bring faith into those conversations.  Pray not only for your children, but with them -- from early on.  Let them know that faith is not a veneer on an otherwise rich and full life but the foundation on which any good life must be built if that life is to endure.  Don't give up because of any lack of concrete evidence that such practices are making a difference.  Do not be discouraged.  Give them a foundation, and they have something to return to... leave them to dig their own footings and they may just build a house on the sand instead of the rock which is Jesus Christ.  Just do it...
Posted by Pastor Peters at 8:26 AM

According to the 1890-2007 U.S. Census data shown here, the median age of males hasn't changed much, but the median female age at first marriage has increased from 22 to 26.

Going back to pre-industrial or medieval times, the female age was lower (in the teens) but at that time women spent little time in school or outside careers, or had a very long life expectancy.

Claiming that God provided "natural doors" for men and women to marry as teens would imply that time spent in higher education and career-training, and working toward medically-advanced longevity may be going against God's will.

I guess you read a bit more into my words that I put in them... natural doors mean places in a person's life when circumstances may make that person more receptive to returning to the faith and to active participation in the life of the Church... that's all...

To Anonymous... I was not suggesting that we should ignore the many who are unchurched but was commenting particularly on the loss rate of those who seem to depart the Church (and, seemingly the faith) in the late teens, twentys, and thirtys...

I have recently researched many of my ancestors who came to the US. Many, many of them lived to about 80 or even older and had many children, the vast majority of whom survived to live just as long. Anyway the men tended to marry about age 25-28, the women about 16-21. About 80% of the marriages seemed to be fit that profile.

The saddest trend I see is families threatening to "cut off" married children from any further help once they marry. I find this disturbing. Meanwhile they have no problem with college aged kids having "girlfriends" and "boyfriends" and a sort of don't ask don't tell policy towards their intimate behavior. So, secretive immoral behavior is fine, but honorable public behavior is not?

Folks now are far better off materially than they were back when they had to wait to marry. Expecting young people to wait when there is no real reason is, well, just plain mean spirited. Arbitrarily creating a reason to force a son or daughter to delay marriage, like cutting off all help with education expenses, is just bizarre in my mind. What is the point? I mean we love our kids and want to help them, so why would that change when they marry? Who cares what anyone else ever had to endure due to the constraints of bygone circumstances?

Most of us would not be here if our ancestors had to achieve the level of material success that our materialistic culture expects before marriage is seen as a "responsible" decision.

"50% of our
nation is non-Christian, so we have
plenty of work to do outside our
parish walls."

So, uh, who is going to do it? The 20-30 somethings who aren't even in church? Or are you suggesting the geriatric crowd go out and "reach" them?

Honestly, the work begins within the church, else we have no one who will do it.

To what extent is delayed marriage reflecting the rise non marital childbearing? In times past, people tended to marry when they became parents, whereas now many do not.

I couldn't agree more that raising children in the faith is the #1 most important duty of parents.

Anonymous #2 Hope you have some
some members in your congregation
who are in their 40's and 50's.
Those folks are usually the backbone
of the parish for evangelism and
stewardship. That is where your
leadership demonstrates energy and
a mature attitude.

"Hope you have some
some members in your congregation
who are in their 40's and 50's.
Those folks are usually the backbone
of the parish for evangelism and
stewardship. That is where your
leadership demonstrates energy and
a mature attitude."

Seems that is about the age of folks who have children at home. They are active partly because they want their kids to participate.