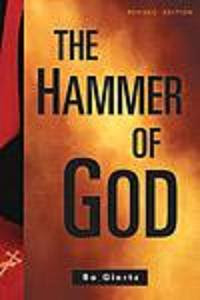 According to his blog:  William Graham Tullian Tchividjian (pronounced cha-vi-jin) is the Senior Pastor of Coral Ridge Presbyterian Church in Ft. Lauderdale, Florida. A Florida native, he is a visiting professor of theology at Reformed Theological Seminary and a grandson of Billy and Ruth Graham. Tullian was the founding pastor of the former New City Church which merged with Coral Ridge in April of 2009. A graduate of Columbia International University (philosophy) and Reformed Theological Seminary in Orlando (M.Div.), Tullian is the author of The Kingdom of God: A Primer on the Christian Life (Banner of Truth), Do I Know God? Finding Certainty in Life’s Most Important Relationship (Multnomah), Unfashionable: Making a Difference in the World by Being Different (Multnomah) and, most recently, Surprised by Grace: God’s Relentless Pursuit of Rebels (Crossway). Tullian is also a contributing editor to Leadership Journal. He speaks at conferences throughout the US and his sermons are broadcast daily on the radio program Godward Living.

That might be impressive enough but... according to a story on Gene Veith's blog, this guy has discovered the Gospel.  He has been reading Bo Giertz (Hammer of God) and others and it is challenging much of what he has thought and believed and taught.  From Cranach:  I would add that I have just reviewed a manuscript by Rev. Tchividjian entitled Jesus + Nothing = Everything

, in which he describes his growing understanding of the  Gospel, with the help of writers including Gerhard Forde, C. F. W. Walther, and Harold Senkbeil.  So there are the Lutherans for contemporary evangelicals.

You can read his account of the transformation for yourself here. The way Linder describes the transformation that took place in his preaching is almost identical to the transformation that has taken place in mine (and Chuck’s–click here). I  have a long way to go (bad habits die slowly, for sure). But a Copernican revolution of sorts has taken place in my own heart regarding the need to preach the law then the gospel without going back to the law as a means of keeping God’s favor.  May God raise up a generation of preachers who storm the the gates of worldliness with “It is finished.”

And then this post from another one of the converted (an Anglican from Texas) who joins the Pastor of Coral Ridge (former home of D. James Kennedy):  Read some of it:
My conversion to gospel preaching was gradual.  I don’t remember what the initial catalyst was, except that people weren’t getting better with sermons on discipline and how to improve your marriage. Those moralistic sermons doled out plenty of advice about what to do, but it totally missed what God has done for us in his Son. Christ came, not to help religious people get better, but to help sinners realize that forgiveness and salvation is outside themselves: in Jesus Christ.

St. Paul, in Romans, explains the gospel as God’s power and God’s righteousness (1:16, 17). This is exactly opposite of repairing your nature by a determined will.  It is what God has done for us when we couldn’t do it ourselves.  He fulfilled the law. He took upon himself our sins.  He burst the bonds of death to give us new life. When this message of one-way love – God’s love without strings attached – love when we are not lovely – reaches our hearts, it causes our spirits to come alive to God and it fills us with meaning and purpose. The gospel speaks to our heart’s deepest need.

When you get to church to find out that the preacher is in the third of a 10-sermon series on “10 steps to cure depression” get up and run out of there as fast as your depressed legs can take you.  It’s self-help, not the gospel.  Chalk it up to a well meaning preacher who hasn’t yet realized that our real hope is in God, in the sufficiency of his work on the cross and in the salvation that is not found in get-better sermons.

Now I do not know these guys, I do not know much about Coral Ridge Presbyterian Church (except for the pipe organ there), and I do not know if their conversion is genuine or will last.  What I do know is that this is LUTHERAN stuff and too many Lutherans have not yet awoken to its faithfulness to Scripture and the power of God through the proclamation of that pure Gospel.  Once again, while others are discovering (or rediscovering) our own heritage and legacy, too many of us are turning our backs to it and preaching the very stuff Chuck Collins is telling us to run like crazy away from....

Posted by Pastor Peters at 6:53 AM

This is wonderful news. I keep telling friends how freeing it is to have the gospel preached without ending the sermon with now you must do....

Lutheran's have a remarkable blessing to have this gift. Something that many take for granted who have never experienced the shackles of the law being pounded into your head day in and out with no hope but your own works to save you.

Perhaps as more ministers in other denominations discover this, we will have a true 'revival' in resting in the Lord and allowing Him to lead His church.

Pastor P,
The truth of this post is the entire reason I came running to the Lutheran truth of the Gospel after reformed theology had pretty much left me in despair.

I wouldn't go back to the reformed faith for all the .....(there aren't any comparisons that could be made here)

Martin Luther's Preface to Romans
had a profound impact on John Wesley
(1703-1791) who went on to help
establish the Methodist Church.

"We are beggars: This is true." Luther writes his last note in German as though Luther he wanted to say what he had to say one last time; for all, for his contemporaries, those who came after him, for Christianity of all times. "We are beggars! This is true!" This is the fundamental melody which rang out throughout his entire life, doctrine and work.

I think Luther would also agree that "Salvation is of the Lord," as well as the sustaining of the faith. When a man is made a child of God he does not have a stock of grace given to him with which to go on forever, but he has grace for that day. He must have grace for each and everyday thereafter ("We are beggars".) As a man does not make himnself spiritually alive, so neither can he keep himself so. No man of himself, even when regenerated (born again), has any power, except as that power is daily, costantly and perpetually infused into him by the Spirit.

I pray the above makes some sense and will conclude with this thought. In the Lords prayer we say "Gives us our daily bread" might we also pray
give us our daily GRACE.

Evangelicals and mainliners that out-Lutheran the Lutherans. Shame on us.