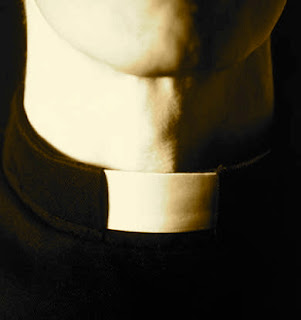 I have oft lamented that my own generation (the Boomers) has contributed much to the loss of confidence in the Church and the faith and has attempted more than most to reshape the Church and the faith to fit us (often with the worst of results).  Somewhere along the way I read of the Roman Catholic priest who was gifted with hospitality and so hosted many visiting priests.  He noted a typical response to this invitation that reflected a generational difference.  He said that the oldest of priests were content to sit in the congregation during the mass.  The next generation younger wanted to concelebrate the mass with him.  The younger generation of priests wanted to say their own mass (often the extraordinary form or Latin mass).  Hmmmm there might be something there.

I have friends (well, very few since they are dying off) of a generation or so older than I am who are polite, friendly, pious and deferential.  They would be like the folks who sit in the pews.  One of them, a retired man who was a member of my first parish, got up one Sunday morning during announcements and told the parish how gosh darn lucky they were to have a Pastor like me, who preaches the Gospel faithfully, rightly dividing the Word.  Now this fellow was a cassock/surplice sort of guy and I one in full eucharistic vestments.  But he was a churchman and churchly in his attitude.  I treasured his wisdom and patience and a couple of very special gifts he gave to me before he died (one an Oberammergau Christus Rex in the original wooden shipping box it came to America in shortly after WWII).  These are the men of my parents' generation (what Tom Brokaw called the "greatest" generation).

I have also had guys a few years older than me who had an urge to tell me how to do things, how to lighten up, and why not include some of those happy songs that had the hand motions.  These were folks who cared about worship but ended up on the other side of the great battle for the Bible in Missouri.  But they were mired in the 1960s and thought/think that contemporary music in the Church still sounds like Peter, Paul and Mary.  They tend to wear sweaters (think Bill Cosby) and look somewhat casual but always friendly.  I admit to sometimes being wary of these folks.

I have known guys some years younger than I am and they are often stridently conservative and, generally, unbending.  They have opinions on everything and I fear that too many of them believe that they could do it better than me (or any other Pastor other than themselves).  They hold principle above people -- unapologetically.  They challenge things and challenge me.  Some say they foment upset and conflict but they do so not to be troublesome but because they are so earnest and so insistent that the very life and future of the Church depends upon such stridency. They would certainly choose to say mass over being in the congregation or assisting.  They always wear black.

Those much younger than I am are sometimes a confusing bunch.  Some of them are thoroughgoing evangelicals who believe that the catholic stuff of Lutheranism is excess baggage to be ditched all in favor of saving lost souls.  They are passionate but they are also insistent that nothing should be allowed to get in the way of bringing lost souls into the kingdom of God (including sacramental theology and liturgy).  Their usual vestments are khakis and a polo or tee shirt.  They often have a couple of days growth on their face and have all the current electronic gadgets.

On the other side of that same generation are those very catholic conservative types who are solid while not so strident that they are not sensitive to the people around them.  They seem to have a longer term vision of things than some generations of Pastors in Lutheranism.  They speak against what they see as a betrayal of the Lutheran fabric of evangelical catholicism, Biblical confidence, sacramental identity, and urgent teaching.  They are well allied with confessional Lutherans throughout the world.  They often blog or tweet or text as a means of communicating and represent a group with which I am very comfortable.  They are ever so kind when they sit in the pew but I can tell their heart says to them that they belong at the altar or in the pulpit.  They can be found in clerical collar and khakis or even jeans and often make great campus Pastors.

These things are not just ideological but also generational... have you noticed it, too???
Posted by Pastor Peters at 6:04 AM

Fortunately 70 to 80 percent are
in the middle of the spectrum and
are sensible and responsible parish
pastors who want to serve the Lord
with the gifts He has given them.
Their wardrobe is not the issue but
their commitment to Christ and His
Church becomes the criterion.

Much of what is attributed to Boomers was actually conceived of and marketed and legislated to them by the Greatest Generation and the Silent Generation. The Boomers are guilty mostly of being the young and undiscerning minds that received it.

FWIW, I am genX, not a Boomer.

Anon2...THAT is a very interesting comment. I am a boomer (my birthday is smack dab in the middle of the 18 year age range typically used to define the boomer generation) and have pretty much accepted the hype that it is my generation that is responsible for every negative thing in the world but upon reflection what you say sticks. In fact, I was 7 years old when Vatican II was held. I played guitar mass when I was 13. The oldest boomer when I was 13 would have been just 22 years old. How can the boomers be fully responsible for the decline? Boomers didn't initiate it...but, there would be some truth in saying we certainly furthered it along. And that is consistent with what Pastor Peters says when he indicated boomers "contributed".

With regard to the different era of priests expecting different things. That is very interesting, too. In my Church concelebration of visiting clergy is very common...almost the rule rather than the exception. I don't know that it's an age thing though. I'll have to ask around.