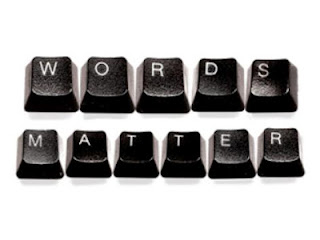 One of the typical detours in any conversation about worship words and forms ends up with the inevitable conclusion that God cares more about substance than form, sincerity than the actual words.  Spirit and truth have been used against the form and words of the Divine Service as if the two were competing in not contradictory.  In the same way, Jesus characterization of the Pharisees whose external righteousness was as good as it gets but whose hearts were empty of faith and love has become a choice rather than a corrective direction.  Thus Jesus has been seen as removing the form and words of the worship service and replacing as the chief the criteria for judgment sincerity.  We have also heard those who equate Jesus' clearing of the Temple to an act of inward cleansing, restoring sincerity to its rightful center over the raw command for sacrifice and prayer that defined what took place within the Temple.

Strangely, however, when the disciples asked Jesus to teach them to pray, Jesus does not give generalized direction but specific words and along with the command, "when you pray, pray Our Father..."  In other words, Jesus is saying that if we want to talk to God, words count -- not just motivation or the attitude of the heart.  If we would talk to God, we must begin by listening to what He says, teaches, and directs, and this becomes the sure word that we speak back to Him.  So, you want to talk with God.... well, Jesus has given us the words.  If the words Jesus has given do not define the complete extent of that which we can, are allowed to, say to Him, surely they are at least normative and the starting point of the conversation.

No one except the lunatic fringe is arguing the importance of the actual words for the sake of words alone.  These are not magical words key to the potion or incantation.  These are not the passwords which unlock the hidden gate or give secret access to the one who speaks them.  But... they are the words that He has given to us which we know He will hear and answer because He has given them to us to pray in faith.

In the same way, only the lunatic fringe is arguing that a certain set of words alone can be used in worship -- equating the liturgy only with a page number and only one page number (more often than not page 15 of the oldest of the current hymnals in Missouri's history).  When we say the liturgy, we are speaking inclusively of those pages numbers  but not exclusively as if liturgy were tied to one page number and one alone.  We are not arguing for merely words but for words that have authority, that have been conferred some authority.  It does not take much to see that the words of the Divine Service (in any of its page renderings or hymnals) are words drawn from Scripture itself.  Liturgy is sung and spoken Scripture -- much of it word for word.

Second, these words and the forms have long history among the people of God.  Judaism and the synagogue history for the Liturgy of the Word and the Upper Room for the Liturgy of the Meal or Sacrament.  Even though we may not identify one set of words as the only words which can be used, we can recognize the authority of words to speak to us the Word, the efficacious Word that gives the Divine Service its nobility and, more importantly, its power to deliver what they promise.  It is not that these are better words than other words (a relative choice) or the exclusive words (sort of a magical choice) but they are authoritative words.  That carry with them the authority of the promise of God and the legitimacy of a long standing history of use within the community of faith down through the ages.

If God is so careless about the words used in worship, why would Jesus give as a prayer to pray instead of mere principles to apply as we see fit?  If God were so jealous to accept only the exact make up of certain words, why would the words of the worship service not be defined in Scripture.  Instead we have the genius of both -- specific words with authority that must be used as God has defined them (Scripture, baptismal name, absolution, and Words of Institution) and words with authority that have always had a certain level of fluidity and yet similarity from age to age (the much maligned Ordo).

Spirit does not matter only but the words and form.  Words and form matter but are empty without the Spirit who gives them voice and life and power.  It is not a choice.  They do not compete.  They compliment -- the Spirit and truth (words),. words and form, liturgy and the page numbers where they are found.  I just do not see why this is so hard to get... or teach... or define...
Posted by Pastor Peters at 6:00 AM

If you had stayed with p.15, I might well still be in the LCMS. It would have meant that the whole theology of the Church was anchored, but instead it floated loose.