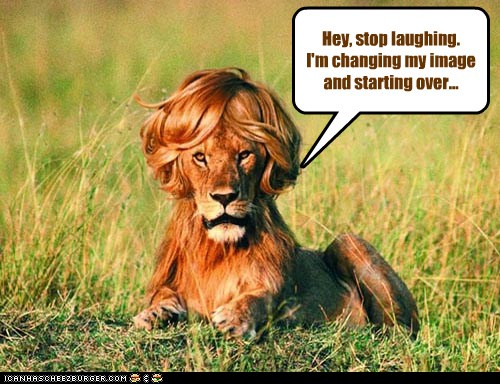 In his Confessions of an Ecumenical, Evangelical, Baptist Christian, Roger Olson unfurls a dizzying list of the various Christian denominations with which he has taught, served, studied and participated in ecumenical dialogue.  “What I want to say,” Olsons insists, “is that I am anything BUT a dyed-in-the-wool, separatistic, sectarian Baptist. But I am a convinced and committed Free Church, evangelical Protestant and Baptist.”

What I want to say is... I AM...  meaning ME, MY TRUTH, MY CONCLUSIONS, MY DEFINITIONS....  I am ME.  This is who I AM...  The only problem is that the faith is not about ME, whoever me is,  but the one who IS the Great I Am.  We are so quick to define ourselves and too quickly cast aside the God who has revealed Himself.  It is as if the Church is only ever one person wide and deep since everyone has differences.  Some tell us that those differences don't or shouldn't account for all that much.  Some are careful to define what is church dividing and what is not.  But the great weakness of Protestantism and Evangelicalism is that the faith is only ever one person wide and deep.  Their church exists where enough commonality or unity exists so that the individual beliefs can coincide with the churchly statement of faith.

I just about go crazy in the face of such individualism.  For sure we believe individually but it ends there.  We lay down our individuality to become one with Christ and through Christ one with the Father and one with all those who believe in Him.  We do not take up our individuality to parade it as if it were some mark of nobility.  It is not.  Lutherans have tended to give such individuality tacit approval or at least withheld disapproval but we should be talking about it.  We should be challenging such individuality.  We are creedal.  We are confessional.  We believe individually but our faith is anything but individual -- it is catholic and universal.  Our truth is not one heart wide and one mind deep.  We proclaim that which has always been believed, confessed, and taught.  The claim of catholicity is key to the Reformation and the Lutheran Confessions.

We are not here to be who we are but to just get along.  We are here to lay down individuality before the common confession and the creedal identity which neither began with nor will it end with me (whoever that me is).  We believe "for us and our salvation" but believing sacrifices individuality and gladly so.  I hear so many folks, even some in my own parish, who seem more enamored with their own story, history, and conclusions than they are content to let them all rest in the evangelical and catholic identity of creed and confession.  We search for adjectives to describe us and end up comparing ourselves to others to pick a point on the landscape of Christian faith and thought and worship practice and this is how we say who I am.

An example of this lies in the way Pastors of the LCMS rate themselves.  Where are we on the scale from rigid to flexible to blown in the wind of change and chance?  Where are in comparison to others around us -- conservative, moderate, or, well, gosh, we cannot be liberal, so we'll call it progressive -- no better, lets say missional.  I am this kind of guy.  I am that kind of Pastor.  Maybe I am just too old and cantankerous but I am weary of defining me.  I am Lutheran.  Can that be enough?  I am a Lutheran Pastor of the books -- Scripture and the Confessions.  I am not trying to be me.  I am not trying to be someone else.  I am trying to be Lutheran in faith and practice.  In an age in which diversity and difference are celebrated, I want to be like those who came before me -- Lutheran in faith and practice.  I do not want all Lutheran clergy to be like me but I DO want them all to be fully and confidently Lutheran in faith and practice.

We all want to be different but then we nuance our difference so that we are like this one or that.  There is no certainty or security in the rampant and radical individualism that has swept up so much of American Christianity.  We are given no continuum in Scripture on which to place the point where our faith and practice intersects the one, holy catholic and apostolic faith and church.  Truth does not have a range.  It has flesh and blood in the incarnate Christ.  I fear that this is one of the great undoings of our modern age.  It has surely been the great temptation in the past, as well, but at no time have we ever been so in love of defining ourselves and our beliefs in such individualistic terms as today.  Pray God we make it through the age of me.
Posted by Pastor Peters at 6:00 AM