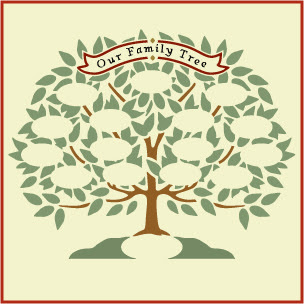 We don't think much about the begats anymore.  We don't think of children much at all.  They are optional to singles or marrieds, treated as toys and possessions by some, and our youthful fantasies lived through our children by others.  I find it strange that at the same time we are intrigued by our past and by the recovery of lost associations with generations who came before us, we think little about those who will follow us -- if there be any future generations at all.

You don't get very far into Genesis to find the command to "Be fruitful and multiply."  All throughout Scripture we see the fruits of this command.  Genealogies record the generations of those who proceed from one father and one mother, like Abraham and Sarah, as a prominent example.  There are those who say that we have lost the battle against gay marriage and, if that is true, then it is partially because we no longer think of children (the begats) as central to our understanding of marriage.

We have turned marriage upside down.  Where once it was by definition the uniting of families, of generations, of blood lines, now it is simply the affection one person has for another (whoever those people may be and however long that affection might last).

I am sad that we do not hear the genealogies often from the lectern.  I am sad that we do not talk much about the generations that came before and those who come after us.  It is, perhaps, symptomatic of the love affair we have with the moment.  But it is also the decay of a natural understanding of marriage on which the spiritual dimension of a couple's leaving and cleaving is built.  Ant that means trouble.

There is something terribly wrong when the strength of our desire is temporary and not permanent.  There is something terribly wrong when desire is mere affection for an individual instead of the longing for family that we created to know and to fulfill.  We are bequeathing to those who come after us a fragile and weak institution in the marriage that fails to note the difference between male and female, fails to see and honor the inherent nature of marriage to reproduce, and fails to see how the longing for another is permanent.  What is the real purpose of such a marriage?  Why bother with the legal necessities or the complications?  It is already shown that in Europe, always ahead of us on the curve of social change, marriage is entirely optional and living together is the norm.  Unless we can give a good rationale for a different understanding of marriage, it will not be long before people decide that living together is the same as this kind of immature marriage and jettison it entirely (gay or straight).

When that happens, we will have lost any modern connection to the "begats" of Scripture, any association with the spiritual nature of the union that symbolizes the mystical union betwixt Christ and His Church, and any hope for a future in which our mortal flesh endures through our children and grandchildren...

I just wanted to offer you a note of thanks -- I had some time to fill at the end of our Bible Class this morning (short regular lesson), and this post of yours fit the bill nicely, so I read and discussed it. Thanks!