I wish just once we might hear as much passion from the Obama administration about the plight of Christians suffering in the Middle East as we do affluent, educated, politically connected, and media savy GLBT folks in the USA. . . 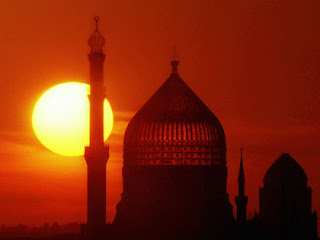 From the Christian Telegraph:
Saudi Arabia declares destruction of all churches in region
Earlier this month news reports surfaced out of Saudi Arabia that raised the red flag for Christians, reports MNN.

Todd Nettleton, a spokesman for the Voice of the Martyrs USA, says, “The Grand Mufti of Saudi
Arabia–the top Islamic official in the country of Saudi Arabia–has declared that it is “necessary to destroy all the churches of the region.’” Nettleton goes on to note that the report hasn’t surfaced anywhere except on the Council on Foreign Relations Web site, which was then picked up by The Atlantic.

Ranked second on the Open Doors World Watch List (a compilation of the 50 countries where persecution of Christians is the most severe), the news is not really a surprise. There is no provision for religious freedom in the constitution of this Islamic kingdom.

All citizens must adhere to Islam, and conversion to another religion is punishable by death. Public Christian worship is forbidden; worshipers risk imprisonment, lashing, deportation, and torture. Evangelizing Muslims and distributing non-Islamic materials is illegal. Muslims who convert to Christianity risk honor killings and foreign Christian workers have been exposed to abuse from employers.

Sheikh Abdul Aziz bin Abdullah, the Grand Mufti of Saudi Arabia, created an implication with his assertion. Nettleton explains, “This was in a meeting with Kuwaiti officials who came to Saudi Arabia. They were asking this Islamic official ‘What should we do about the churches?’ His statement was, ‘There should be no Christian churches on the Arabian peninsula.’”

According to the report, the delegation wanted to confirm Sharia’s position on churches. Essentially, Nettleton says, “If you have churches in Kuwait, which they do, they should be destroyed. The interesting thing about this is that there are no churches in Saudi Arabia. There are no church buildings that are allowed to exist there. So he clearly wasn’t talking only for his own country: he was trying to export this ideology to the surrounding countries.”
Posted by Pastor Peters at 6:00 AM

When I served in the armed forces in Saudi Arabia we held chapel in an underground garage and all the door could say was "meeting place." I never felt like such a rebel as on Christmas Eve night when I sang outside, O Holy Night. Never was I so pleased to leave a place.

There is no such thing as "moderate" Islam.

Why did the USA invade all of these Middle-Eastern countries and not demand that the governments of the conquered nations enforce religious tolerance?

The Muslims are not our friends.

Dream on. A traitor to the United States of America, or any other traitor in his regime, is not going to care about Christians in the U.S., much less anywhere else.

And it was while Ralph Bohlmann was LCMS president, that the Missouri Synod agreed (without any protest) to stop sending Portals of Prayer through the mail to U.S. troops stationed in Saudi Arabia during the first Gulf War (because it violated U.S. Post Office regulations!).

I strong believe that any country we have treaties or alliances should be tolerant of our beliefs. For a country such as Saudi Arabia the owes not only it's protection, but it's wealth to us; to not allow our military forces to worship God as they see fit, while they are there protecting their right to exist as a country from other Islamic Nations (Iraq/Iran) or hostile organizations (Taliban). We need not be there at all. I believe all people have the right to live their lives as they want, as long as they don't infringe on the rights of others. Islam is not a peaceful religion. The Koran does adhere to peaceful co-existance with people of the book (Jews and Christians) Yet they do not. I say we cut off trade and nullify any treaties or pacts with such countries and extend this to those nations who are violation of basic human rights.