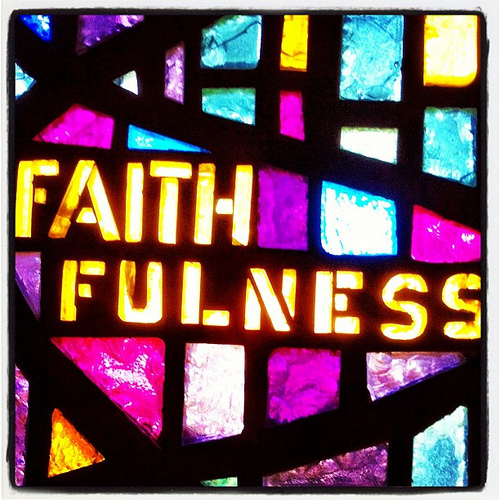 Often the accusation against the liturgical traditionalists is that they attempt to recover something of the past, a pristine form before corrupted or a golden age of worship and music.  This accusation is not entirely off base.  There are some who are searching for a moment, for a snapshot from the past that embodies for them the best of the best.  These folks often are the Latin Mass folk of Rome who would have Palestrina as the only music of the liturgy or the TLH crowd of Missouri who posit this form of the Common Service and the hymns within this book as the crowning glory of Lutheranism.  Though I have much in common with this crowd I am not one of them.  That is not to say I do believe we have much to recover.  We surely do.  We are not who we were and that is a real problem.  We need to recover our confessional identity as a liturgical practice.  But there is no moment from the past that epitomizes the glory moment for me.

A blog comment (tongue in cheek) asked me how I could be a confessional Lutheran and use the three year lectionary.  There is much good in this lectionary just as there is much good in the one year lectionary.  I do not disdain all the unfolding flower of the liturgical movement as something evil or even a distraction.  We use the Common Service (LSB Divine Service, Setting Three) but we primarily use LSB Settings One and Two.  I do not find an inconsistency here.  The liturgical movement for Lutherans was not simply about a recovery but also about the faithful addition of the best of the offerings of the present moment, consistent and in continuity with what we received but not simply a repristination of the past.

We love to quote Nagel's Introduction to LW, and I admit I love it and quote it often, but we often forget the part where he wrote:  . . . we may learn from His Word and from the way His Word has prompted His worship through the centuries.  We are heirs of an astongishly rich tradition.  Each generation receives from those who went before and, in making that tradition of the Divine Service its own, adds what best may serve in its own day -- the living heritage and something new.

As if this were not clear enough, the Introduction continues withe recitation of what was received from the past in the Divine Service and of morning and evening prayer offices and how therein is provided the widest range of orders of service for English-speaking Lutherans -- wide in range but unmistakable in preserving the essential form (the ordo) of the Mass and the daily offices within a liturgical hermeneutic of continuity.  It is even more clear in the section on hymnody.

In its hymnody each age of the Church reflects what it returns to God for the great blessings it has received from him. Some of the Church's song is always derived from a previous era. The early Church developed its music from the psalmody of the synagogue, to which it added the strophic hymns of Greek and Roman converts. When the liturgy became the sole property of the clergy, there arose a need for hymns in the language of the people. Thus there came into being the great body of Latin hymns introduced and promoted by Bishop Ambrose of Milan and his followers. In time these again became the property of the clergy and hierarchy. The Lutheran Reformation once more restored the Church's song to the people in their native tongue. From then on the Lutheran Church became known as the "singing Church." The song of this Church has weathered and withstood such influences as pietism, rationalism, modernism, and universalism in one form or another. Lutheran hymns draw on the vast treasury of Christian hymnody old and new, with words that speak God's law and Gospel and express our faith's response and with music that nourishes both memory and heart!

We dare not act in discontinuity with our past and fail to pass on the great treasure of liturgy and song as part of the confession and faith that is the legacy of one faithful generation to another.  But neither must we be content ONLY to recover or pass on what we received.  We must always also be creative and produce new forms that express faithfully the living tradition within the best of our ability to compose and create, the best of the present with the best of the past. To reject what is new simply because it is new is neither faithful nor  truly honoring our heritage.

Of course, there will be disagreement (often more about personal preference than objective value) and there will be testing and discernment ongoing throughout the life of the Church as the new is evaluated to see if it is worthy of the Gospel.  Of course, there will be scrutiny given to make sure that newness is not itself either the primary nor the sole criterion to commend these.  Of course, time will prove a good helpmeet to the critical and objective eyes of the present.  But I have every confidence that faithfulness to the past requires nothing less than the messy, difficult, and frustrating task of creation, evaluation, and integration of the best of the day with the best of the past.  We cannot simply let liturgical or confessional renewal be merely a recovery.  It will begin there, to be sure, but it will not end there.  God help us in this holy endeavor that we may honor the tradition handed down to us, keep it faithfully, and pass it on with the living voice of the present day, as Nagel so eloquently observed now more than 30 years ago.