The confusion about mercy. . . 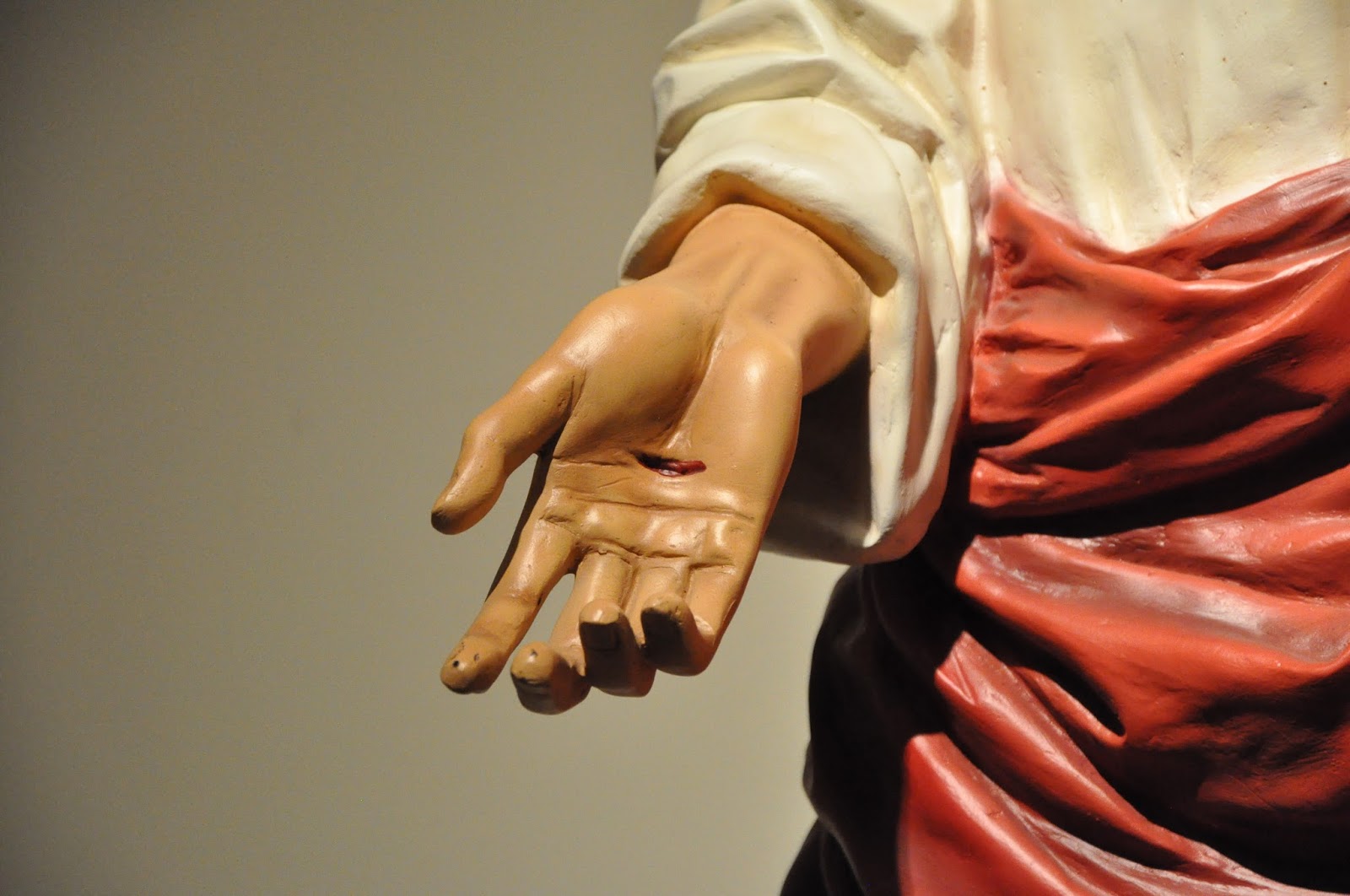 However, God is not merciful in the sense that this question is being asked and therefore the Church cannot be merciful in that sense either.  God does not shrug off sin but calls His people to repentance.  God did not ignore sin but painfully delivered up His own Son to bear the full force of His wrath, carry the full weight of sin's suffering, wear the full face of sin's guilt and shame, and die to kill death.  God's mercy is not a denial that sin is sin or the willingness to look away or overlook sin.  God's mercy is to forgive sin and absolve the penitent.  This is what the Church is called to do.

You can weigh in somewhere else about the Roman Catholic situation with divorced members unable to receive communion.  That is NOT what this post is about.  What I am talking about is the glorification of victimhood and of sin that insists mercy and grace require us to condone, tolerate, and accept whatever it is that people believe to be true or moral and however people choose to act on this and the manner in which they live out their lives.

There is no mercy is remaining silent about sin -- especially when it means condemning the sinner to bear the full force of God's anger and punishment when Christ has already blunted that anger and born the cost of our sin.  To direct a person to Christ is to call them to repentance and faith.  To call them to repentance and faith is to proclaim the mercy of God.  The Church can do no more and no less than this when it comes to sin.

How foolish it is for those who insist that while these things may not be our cup of tea, mercy requires us to either remain silent or to welcome without condition those who remain unrepentant and those who insist that doing whatever is right in their own minds and hearts is the greatest truth and virtue.  For even a cursory reading of the Scriptures reveals that this is the very definition of sin and the measure of how far man has fallen from his creative place of glory.  Only the loveless and most unmerciful of churches and people would be silent or shrug off the sins for which Christ gave His all in sacrifice sufficient to save and redeem every sinner!  Indeed, for the Church to overlook the sins for which Christ died is to make mockery of the cross and diminish the mightiest act of mercy which God has done to redeem His lost and condemned creation!

It is surely true and a terrible thing that there are Christians and so-called "churches" who presume to judge in God's place the sinner for whom Christ also died and to joyfully gloat at the sins of others.  Jesus had something to say about the impediment to their eyesight for which they will be held accountable.  The Church has no joy in recognizing and condemning sin.  But the Gospel of Jesus Christ is meaningless without such identification of sin, the owning up of that sin through confession, the lament of a contrite heart, and the desire to amend the sinful life.  No, those churches and Christians and clergy who delight in the sins of others are no less unfaithful than those churches and Christians and clergy who ignore sin to speak of God's love as if it were a panacea or placebo designed to appeal to the feelings rather than confront sin and all its consequences.

The confusion of mercy is a real problem -- both inside and outside the Church.  The best we can do is not to further confuse what mercy is or what mercy has done for us in Christ.  Faithfulness is what God expects from those who proclaim His truth to the world.  The truth spoken in love, gently and compassionately, but accurately and objectively.  The whole truth, the fully counsel of God's Word, and the full force of the Law without which the Gospel has little meaning. . .
Posted by Pastor Peters at 6:00 AM

If Christians could "get" this - if I could, what a difference it would make. The world would still hate us, but you can respect someone/thing even though you hate it.

Without weighing in on the RC position on communion (which is none of my business), churches have to be willing to examine cases on an individual basis rather than paint (cover up?) with broad brush strokes. While not winking at sin and governing by New Age sob story, reviewing these caases will take a lot of education, discernemt, and pastoral care. Are our churches up to the task?