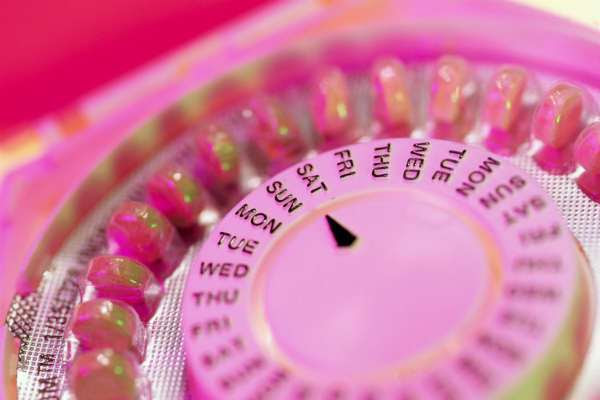 It's hard to decide which is the crazier part of birth control pills' journey from experimental contraception to a federally approved drug. Was it when they were tested on non-consenting, male patients at mental hospitals — or when some women were given the pill as a treatment for infertility?

Development on the birth control pill began in 1950, when Planned Parenthood founder Margaret Sanger approached a scientist named Gregory Pincus to begin work on a reliable, easy-to-use contraceptive. Pincus was working at an independent lab in Massachusetts, the Worcester Foundation for Experimental Biology.

What happens next is, honestly, a bit unbelievable. The pill ultimately became an integral and important resource for millions of women, allowing them to take control of their fertility, their families, and their lives. But the path to building this-now ubiquitous drug was paved with questionable ethics and dodgy research methods that would never pass muster today. The creators of birth control are responsible for developing a revolutionary contraceptive — but they misled their test subjects, many of whom were not equipped to give consent, along the way.

If that whetted your appetite for more, you can read a summary here or the book itself that has presented the history of the birth control pill and how it came to be.  Considering the great impact of the pill upon American culture and life, it is a book long over due.

What I found especially shocking is that but 130 women tried the pill before it went into production.  Granted that the aspirin would probably not pass FDA muster today but it is scandalous that something with such profound consequences had so little pre-market testing.

What is shocking is that we are constantly struggling to deal with unintended consequences of decisions made under the press of time or circumstance.  ...researchers concluded that the asylum patients were "just as psychotic as they were when we began to give them the drug."   Now that is a statement.  Hmmm... would that birth control pills resulted in such a benign effect upon the whole of American society.  No such luck...

The FDA is primarily a political body, and od so public,safety can never trump PC- remember Fen-Fen.

The RU-486 abortion pill couldn't meet FDA standards for safety and effectiveness because it has higher rates of serious complications than does surgical abortion and it is less effective. But the politicos wanted it passed, so the FDA passed it.