The pursuit of vernacular. . . 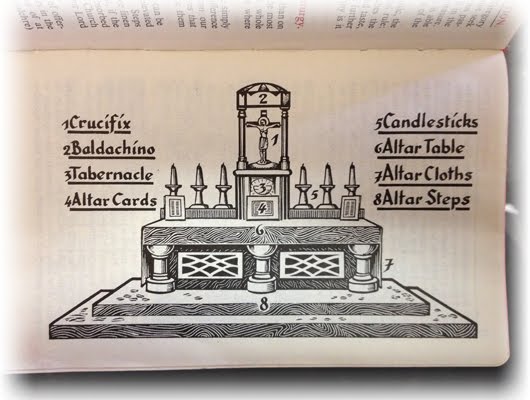 The presumption has always been that originally Christians DID worship in their vernacular but over time this was stolen from them.  A convenient but, perhaps, inaccurate truth.  Some are now suggesting that there never was a vernacular Christianity but that all the languages of antiquity were sufficiently distant from their conversational counterparts that, for all intents and purposes, they were liturgical languages.

"Liturgical Latin, as constituted towards the end of Christian Antiquity and preserved unchanged - in its main lines at least - is a deliberately sacral stylisation of Early Christian Latin as it gradually developed in the Christian communities of the West. The Latin Christians were comparatively late in creating a liturgical language. When they did so, the Christian idiom had already reached full maturity and circumstances rendered it possible to draw, for purposes of style, on the ancient sacral heritage of [pagan] Rome ... As regards the plea which we hear so often for vernacular versions of the prayer texts, I think ... that we are justified in asking whether, at the present time, the the introduction of the vernacular would be suitable for the composition of sacral prayer style. As I have pointed out, the early Christian West waited a long time before adopting the use of Latin. It waited until the Christian language possessed the resources necessary to create an official ecclesiastical prayer language. ... the modern, so-called Western languages ... are less suitable for sacred stylisation. And yet we must realise that sacral stylisation forms an essential element of every official prayer language and that this sacral, hieratic character cannot, and should never, be relinquished. From the point of view of the general development of the Western languages - to say nothing of the problems raised by other languages - the present time is certainly not propitious for the abandonment of Latin".

The Dutch Classicist Christine Mohrmann, in a long series of articles and books in all the main European languages, she demonstrated that Liturgical Latin (and, indeed, Liturgical Greek) were never intended to be be vernaculars.  Indeed, they were intentionally formal, archaic, and hieratic.  So, for example, King James English was not the common speech of the day but a particularized speech intended for use in the faith, where thees and thous were not mere formalisms but the direction of a whole liturgical language.  It was this stylized language that became the liturgical idiom of the Book of Common Prayer under the leadership of Archbishop Cranmer, whose ability to let the language soar remains unparalleled in the history of liturgical English.

I wish I could tell you more about this author and her thesis but this is all I have for now and this, through the Rev. Fr. Hunwicke (HT to him) but it sounds intriguing to me... what about you???

By the time of the death of the last apostle, literary Latin had already begun to differ from the spoken language of the people--what is called Vulgar Latin (not because it was a particularly naughty tongue, but because it was the language spoken by the vulgus or common people). By the time of Tertullian's death, initial "h" hadn't been pronounced by the common people for a couple of centuries; final "m" had disappeared (after having been weakly pronounced for centuries); the "t" had been palatalized before "i" (although "c" and "g" were still hard); and the vowels were beginning to collapse from 10 pure vowel sounds and several diphthongs into 5 vowels. These phonetic changes would lead to a collapse of the cases. By no later than 400 A.D., the common people were declining the Latin noun "servus" as servo (nom.), servi (gen.), servo (dat.), servo (acc.), and servo (abl.), which meant that one could not distinguish most cases.

But educated people were still being taught "correct Latin" in late antiquity, even though it did not resemble the speech they heard on the streets. Roman emperors and their bureaucracy--and, indeed, any educated person--were expected to speak it. Rather than disdain such learning, early Christians embraced the most educated speech of the culture in which they found themselves. Yes, even Tertullian of "Forget Athens" fame writes in fairly standard literary Latin for his day. Even more amazing is Augustine's Latin. Not only does it have a highly literary quality, it was very much out of step with the spoken language of his day, which was two centuries after Tertullian.

I'm very intrigued, as I've been a long-time AV reader and an advocate of returning to Cranmerian Liturgical English in the war of desacralization. Being a linguistically isolated region for generations, we have forgotten how our Ruropean ancestors often were polyglots; the wuestion for them would have been worshiping in an understood language rather than in the vernacular. Even today, the Hochdeutsch of the German church is not what is spoken in the home or on the street, but is still understood.