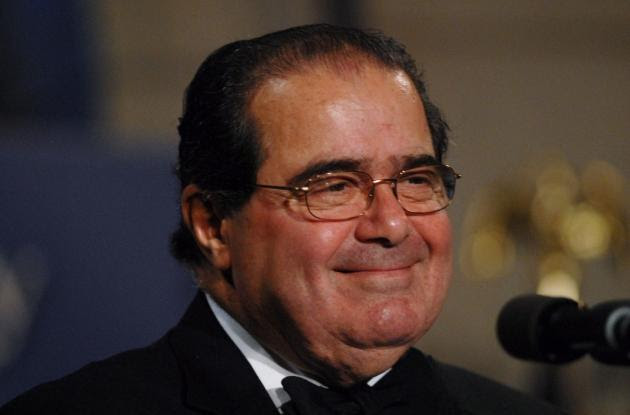 We spend a great deal of time talking about significant lives, debating over the value and legacy of such lives.  We too often miss the significance of a death.  The death of Antonin Scalia is one such significant death.  It comes at a time when the Constitution is nearly dominated by those who disdain originalism and insist that this document of American identity must undergo a face lift every now and then.  It is done under the guise that this is a living document.  Few intellects have been able to match the scholarly might of justices and law schools and politicians in the pursuit of a constitution which is bare framework upon which the times may hang their own definitions and interpretations.

President Harrison called Scalia a friend of the LCMS and our own stalwart defense of life, family, and faith in the public square.  Scalia would surely demure.  Unlike the LCMS, his was not the pursuit of an ideology to define the document for the sake of causes but rather a minimalism in which the words mean today what they meant then and the intent of the framers was preserved in order to allow their own structure of legislative and executive powers to address the needs of the day.  Yet in one way his was a cause allied with our own.  For the very nature of life is that it cannot undergo constant redefinition without sacrificing itself to the expediency of pocketbook or preference.  The framers original intent will not guide the moral compass when technology and culture offer up new definitions of family and new genders and new powers over life.

His is a significant death because SCOTUS has walked a precarious balance beam in which the composition has prevented one side or another from wholesale ownership of the Constitution and what it says.  Now that will certainly be called into question.  POTUS will demand that he be allowed to do his constitutional duty and his opponents will endeavor to prevent him from placing someone on that bench who will vitiate Scalia's very legacy of erudite thought, original intent, and prickly conscience.  There are, however, no guarantees that the right person will be elected in November, the right candidate found, and the recent history of judicial activism halted.  Remember that Eisenhower famously regretted his own recess appointment and formal nomination of Earl Warren, under whom the Court took a decidedly leftward turn.

In a strange turn of events, a longtime acquaintance of mine often vacationed with Scalia and his wife and our conversations about Nino made it almost seem like I knew this fellow more than by reputation.  It is a wonderfully odd thing when lives cross and the people in the news become more than stick figures but real people.  In that sense, I mourn his death not only for us as a nation but for his friends who are mine as well and for a shadow of greatness who became a voice in my own circle of acquaintances.

Scalia's death is significant because it reminds us that the cause of Christ, the cause of virtue, and the cause of life rest not with political hope or judicial hero but uniform Christian solidarity and witness.  Listen to Scalia in his own words. . .

“God assumed from the beginning that the wise of the world would view Christians as fools … and he has not been disappointed. … If I have brought any message today, it is this: Have the courage to have your wisdom regarded as stupidity. Be fools for Christ. And have the courage to suffer the contempt of the sophisticated world.”
Posted by Pastor Peters at 6:00 AM

"A Significant Death" a poignant sentiment