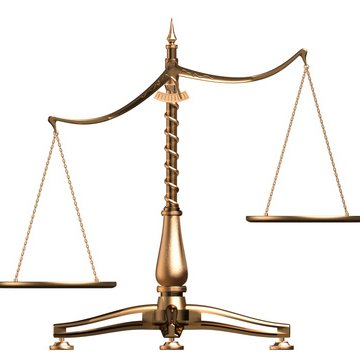 Read in Reuters about how the Planned Parenthood lawyers turned those who made videos into the accused and proved the old adage that the key to prevailing in the justice system is a savvy lawyer.

Read it here. . . or the snippets below:

An aggressive legal strategy pursued by U.S. women's healthcare provider Planned Parenthood may have been critical in turning the tables on opponents who were seeking to prosecute it in Texas for allegedly profiting from sales of aborted fetal tissue.

In a surprise move disclosed on Monday, a grand jury in Harris County not only cleared Planned Parenthood's Gulf Coast affiliate but also indicted the two anti-abortion activists, David Daleiden and Sandra Merritt, who had prompted the probe in the first place.

They have both been charged with using fake driver's licenses and Daleiden for violating Texas' prohibition on the purchase and sale of human organs - the same law he accused Planned Parenthood of breaking - when he sent an email to Planned Parenthood seeking to buy fetal tissue. Their lawyers say they have done nothing wrong.

Planned Parenthood's legal strategy was in some ways similar to how corporations facing major white-collar criminal investigations often cooperate closely with prosecutors to try to influence the outcome.

From the start, Planned Parenthood and its Houston lawyer Josh Schaffer settled on a strategy of cooperating with investigators, said Rochelle Tafolla, a spokeswoman for the affiliate. It included volunteering documents and encouraging prosecutors to interview employees, as well as giving prosecutors tours of the Houston facility, according to Schaffer.

"We certainly began the process as suspects of a crime, and the tables got turned and we ended up victims of a crime," Schaffer told Reuters in an interview.

And then we wonder why people (like me) are so cynical about the justice system!  According to the report:  Although what happened during the grand jury's secret deliberations may never be known, Schaffer said it did not vote on whether to indict Planned Parenthood.  In other words the original thrust of the investigation was successfully sidelined and another target put in its place so that Planned Parenthood's possible guilt was never even voted upon by the Grand Jury.  Once again the injustice of abortion and the voices of its victims were not heard in a court of law.  Justice may be blind but she can sniff out an expensive lawyer from crowd of those trying to exposed the hypocrisy of an agency ostensibly for the cause of women.  God help us!
Posted by Pastor Peters at 6:00 AM

"And then we wonder why people (like me) are so cynical about the justice system!"

Since the SCOTUS includes the five Obergefell v. Hodges traitors, it's not surprising to be cynical about the (In)justice system. Furthermore, given that in the past 7 years Traitorcongress has failed to impeach Traitorobama and given the traitorous candidates for the 2016 Demonicrat nomination and leading buffoon for the RINO nomination, Lily Tomlin's words ring true:

"No matter how cynical I get, it's impossible to keep up."