Thoughts on the anonymous Christian. . . 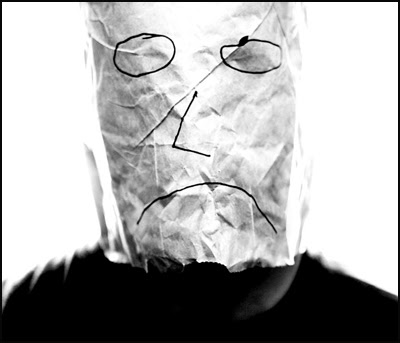 One of the terrible conclusions drawn from the idea of the invisibility or hiddenness of the Church and our conundrum about what to do with seemingly good people who do not believe is the idea of the anonymous Christian.  It certainly appeals to us -- the idea that people are being saved by grace outside the Church -- just by being true to their conscience, without the means of Word or Sacrament to impart to them the saving work of Christ.  We all know relatively good (civil righteousness) folks whom we refuse to speak of as pagan even though they be unbelievers.  We want to believe that there are hidden Christians all around us, at least Christian in the sense that they will be saved and their good works will not be forgotten.

Jesuit theologian Karl Rahner capitalized upon this, emphasizing conscience, natural law, and good works as evidence of a life lived within the grace of God.

"Anonymous Christianity means that a person lives in the grace of God and attains salvation outside of explicitly constituted Christianity… Let us say, a Buddhist monk… who, because he follows his conscience, attains salvation and lives in the grace of God; of him I must say that he is an anonymous Christian; if not, I would have to presuppose that there is a genuine path to salvation that really attains that goal, but that simply has nothing to do with Jesus Christ. But I cannot do that. And so, if I hold if everyone depends upon Jesus Christ for salvation, and if at the same time I hold that many live in the world who have not expressly recognized Jesus Christ, then there remains in my opinion nothing else but to take up this postulate of an anonymous Christianity." (Karl Rahner in Dialogue, p. 135)


Rahner made his peace with the idea that without Christ it was impossible to be saved; he refused to accept the corollary that those who have never heard of Jesus Christ, who had not faith in Christ, who lived outside the Church, would therefore be condemned.  Rahner ended up where many Christians end up -- longing for some way to redeem those who have rejected redemption or never heard of it.  Liberal Christians have ended up here in trying to convince Muslims and Christians that they worship the same God or that Jews will be saved via their own covenant with God outside of Christ and His atoning work.

Vatican II ended up agreeing, at least in part, with Rahner.  "Those also can attain to everlasting salvation who through no fault of their own do not know the gospel of Christ or his Church, yet sincerely seek God and, moved by grace, strive by their deeds to do his will as it is known to them through the dictates of conscience."  (Lumen Gentium)  Only those who know Christ and reject Him are rejected by God.

Obviously, this is a problem for those who hear and heed Scripture and its claim that there is no way to the Father but through Christ, that there salvation in no one else, and that one is saved by grace through faith alone.  As we have just made our way through Holy Week to the cross and from the cross to the empty tomb, it is a good time to disassociate ourselves again from the doctrine born of logic or desire rather than the mind and voice of God in His Word.  There are no honorary Christians who benefit from Christ's redemptive work by some other means than faith and trust.  Grace is universal (for us and for the whole world) but it is delivered through the Church in the means of grace and received by faith.

Anonymity is often the desire of the spiritual but not religious.  They want the idea of being saved without meeting the Savior where He has promised to be or getting mixed up with doctrine and truth.  Anonymity is the appeal of the mega churches in which one can come, watch, enjoy, cherry pick what they see and hear, and go home without commitment or confession.  Anonymity is the path we have all sought to deal with a righteous God while still having a guilty conscience (since the Fall) and yet hiding from God does not access God or the riches of His grace.

It might be worth pondering about the reverse of Rahner's "anonymous Christians" -- could it be that some who thought they were Christian are really anonymous Muslims or Buddhists or Hindi?  Do those who follow other religions or philosophies that substitute for religion look kindly upon being told that though they think they're following Buddha or Mohammed or Marx, they're actually following Jesus?

The Church is hidden in that we do not see who belongs as God sees but it is revealed among the two or three who gather in Christ's name, around the Word and Table of our Lord.  The speculation about anonymity and its potential rewards is hardly salutary but the voice of the Gospel, the splash of water in God's name, and the taste of bread that is Christ's flesh and of wine that is His blood is always salutary.  Even when we find it altogether ordinary, it is the most extraordinary means of grace that always deliver what they promise and bestow what they say and sign.  In the face of such largess, who should desire anonymity?

"One of the terrible conclusions drawn from the idea of the invisibility or hiddenness of the Church and our conundrum about what to do with seemingly good people who do not believe is the idea of the anonymous Christian."

That the Church is invisible is more than an "idea." The invisible Church is doctrine, drawn from Holy Scripture, and is the official understanding of the members of Missouri Synod.

As J.T. Mueller warned in Christian Dogmatics (p. 547): "All who affirm that the Church is either wholly (papists) or partly (modern Lutheran theologians) visible destroy the Scriptural concept of the Church and change it from a communion of believers to an 'outward polity of the good and the wicked'".

Last time I checked J. T. Mueller was not the one who defined what Lutherans teach.

Lurker: "Last time I checked J. T. Mueller was not the one who defined what Lutherans teach."

"The Church is the communion of believers, and since the faith of an individual is invisible to man, we rightly say: Ecclesia est invisibilis. Accordingly we must regard every one who professes the Christian faith and adorns this profession with a Christian life as a true member of the Church. To go beyond this and endeavor to ascertain the faith of an individual in any other way, Scripture expressly forbids, 1 Cor. 4, 5, since it is God's prerogative to know them that are His, 2 Tim. 2, 19; Col. 3, 3; 2 Cor. 5, 4. 5. Even in case we could really identify the living members of the Church, the communion of saints in its entirety would still be invisible to us; for not until Judgment Day will Christ reveal His Church in glory, Matt. 25, 34; Col. 3, 4; 1 John 3, 2."

Though the churches extent may be hidden and known only to God, its presence is not. Is located where the Word is rightly proclaimed and the Sacraments rightly administered. These are not merely sign posts that point to something but vehicles of the kingdom bringing to the sinner forgiveness, life, and salvation, as well as the identity of a child of God and member of the body of Christ, the Church.

The Brief Statement of 1932, which explains the doctrinal position of The Lutheran Church-Missouri Synod, contains similar language in its Paragraph 25, Of the Church.