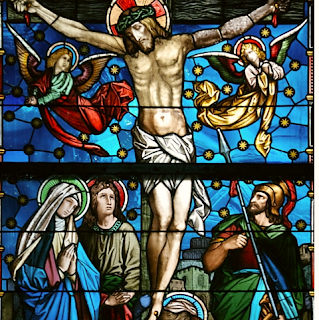 Maybe our current problem is therefore not that society is secularizing but rather the opposite—that the American church is finally being forced to desecularize. This will be painful. It will involve hard choices. It will involve increasingly obvious differences between the church and the world. It will not allow for compromise. But in the long run these will be good things.  From Carl Trueman writing in First Things. . .

Carl Trueman is always a good read.  This is no different.  Amid the many advocating the hunkering down of a Christianity departing from the public square, Trueman raises a legitimate question.  Has the Church been secularized to the point where we have been far too comfortable with the culture in ways that have had less affect on them than it has on us?  I think he is on to something.  The pain that we feel as Christians being told to put up and shut up is as much the pain of a people accustomed to folks listening to us and to having some sway now having that access and seeming influence taken away from us.  That is to be sure but it is more than this.  American Christianity has allowed the culture to influence church and faith to the point where we feel this slight more personally.  After all, we adapted the Scriptures (and continue to adapt them) to fit the changing social mores of American life.  Having made accommodation, we feel the slight even more.  But rather than complaining, it ought to offer American Christianity the opportunity for some introspection and evaluation.  Or, to put it bluntly, as Trueman does, it may require us to desecularize and live more truthfully and faithfully to the Gospel than we have of late.

Accommodation has been for a long time the path of American Christianity.  We have too easily and too quickly become comfortable parading as the civil religion of American culture and life and have not felt the discomfort as we ought in wearing this ill-fitting clothing.  We have too easily and too quickly deferred to the prevailing winds of current morality and values which should have been called into question by our faithfulness to Scripture and tradition.  We have allowed the government to become the agent and means to address care for the orphan, widow, poor, immigrant, and every other social need -- even acceding to the requirements to minimize the imprint of the faith upon the programs we administered on behalf of the government.  Now the crunch time has come and American Christianity must decide whether to bow before the dictates of law and judicial opinion when they conflict with Scripture and tradition.  It will be interesting, though most certainly disappointing, to see where the individual denominations fall.

Trueman is absolutely correct in calling not merely American culture to account for its unfriendliness to the Gospel but he is even more profound in calling American Christianity to its own renewal of faith and life by desecularizing its kerygma, morals, values, and truth.  If we listen to the prophetic voices like Trueman there may yet be an opportunity for a great renewal of American Christianity though there is no guarantee whatsoever that such a renewal will ever result in the restoration of the seemingly friendly relationship between culture and Christianity that was once presumed.  Perhaps this would also be key to a new ecumenism not of minimalism of doctrine and truth but of a renewed commitment to Scripture and tradition.  As much as I hate to admit it, the prescription for our future lies less with forcing the public square to back away from its challenge to religion and more with our own renewal of faith, doctrine, and life in faithfulness to the Word of God and the catholic tradition.
Posted by Pastor Peters at 6:00 AM

This hits the proverbial nail on the head. I hear so many of my family, friends and acquaintances being wistful over the loss of the "Christian Nation," America. We were never a theocracy, nor a "Christian Nation," and I doubt seriously the past as they wish for it can be resurrected (nor should it be). We as believers must hold to Truth and sound doctrine whether we are respected, appreciated or liked for it. It will be costly, It will likely hit us first in the wallet, which should thin the ranks. My prayer is Christ will hold us close to Him, and make us faithful.

American Christians live in a culture in which our identities have been formed and nourished, however, it is becoming more evident that we now have a hedonistic and paganized society which is rejecting God and His word on a catastrophic scale. I use the word "catastrophic" with heartfelt grief and pain. I have lived 71 years as an American Christian, and have never seen political correctness and anti-Christian sentiment as nefarious as today. As the world values have influenced the once faithful, we see some churches absorbing sinful values on sexuality and watering down scripture to aid in the secularization process. This is the same dangerous path followed by the children of Israel in OT history, and after failing to listen to the prophets, God rendered His discipline and judgment.

Janis, I disagree with those who continually utter the false statement that America was never a Christian nation. Americans were historically Christians in overwhelming numbers. We were never a theocracy, however, we were almost entirely Christian. A minority of other non Christian religions were present, but Christianity was our major religious faith. I worked for a period of about two years in 2006-8 as a Cemetery Representative at a national veterans cemetery in New York, and with thousands of headstones lined in rows one thing was predominant. Over ninety percent were inscripted with the Christian Cross. Only God can judge the true Faith of those buried Christian Americans, but nevertheless they were part of an overwhelmingly Christian nation.

The call for "hunkering down" seems to lack any call for Christians, as part of the government (We, the People), to carrying out their responsibilities under Romans 13, especially vs 4., in bringing to justice elected and appointed representatives and their supporters, who have legalized and funded genocide, committed crimes against humanity, attempted to destroy the Constitution, and given aid and comfort to the enemy. That justice is through trial, conviction, and sentencing, and execution. And it is the responsibility of We, the People, particularly Christians, to work so that honest men are elected or appointed to carry out that justice.

The Christian's task is not easy, especially in this current demonic kakistocracy, but that is no excuse for simply "hunkering down."

America was not a Christian nation in a theocratic sense but the majority of its people were informed by a Christian world view, even many who were not personally Christian. That is no longer so.

Maybe our current problem is therefore not that society is secularizing but rather the opposite—that the American church is finally being forced to desecularize.

I would argue that some parts of the American church are becoming more secular - and therefore less Christian.