The Shack vs The Cross 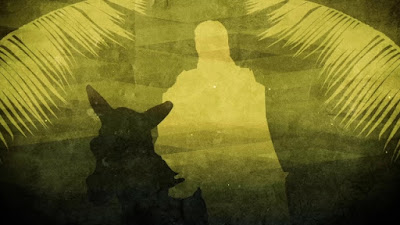 As everyone in the world knows, The Shack has sold more copies than any book of great literature and yet it is poorly written.  Undoubtedly it will also propel the film version into great receipts if not great reviews.  But the problems with The Shack are less literary than theological.  There is no sin and there is no suffering in The Shack.  Pain has bee reduced to something one reviewer called a mere psychotherapeutic idea of pain.  Suffering and pain are not real but the result of an irrational self-hatred that proceeds from guilt, unnecessary which is the fruit of taking responsibility for things that were never under one's control. Both Mack and his teenage daughter, for instance, blame themselves for the murder of six- or seven-year-old Missy. The answer for their pain, the cure if you will, is that it wasn't their fault.  Personal guilt or feelings of responsibility are then transferred to others and therefore removed. Sin and its pain is dealt with in a different, more subtle way that also results in the justification of the sinner not with forgiveness but with the blame resting on another -- the sinful world.  Evil and its fruit of sin are not something in human nature that affect my nature but are caused by terrible and negative events in the person's past (caused by, of course, somebody else -- all the way back to Eden).  Therefore sin is removed not by forgiveness but by transferring the guilt to another (to be transferred over and over again until it rests upon the general responsibility of the world and therefore no one is responsible).   Sin is not an individual thought, word or deed of a disordered human will the result of the fall.  No, sin is a system and its remedy comes not from a righteous One who suffers but from the entrance of a another system to counter and overbalance the old system.

I am not responsible.  I grew up in a dysfunctional home.  I did not have a choice.  I did not know any better.  I had no real options available to me.  I do not need to repent, I need someone to apologize to me for putting me in that circumstance.  I am exonerated from my guilt, relieved from my suffering, and my pain leaves when I realize it was not my fault to begin with.  God has to apologize to me.  I do not need to apologize to Him.  He is also responsible for putting me where I am and causing me the psychological pain I have suffered.  Because everyone’s sins are traceable to some prior sin committed against them -- all the way back to Adam -- then what we need is not redemption but apology from those who foisted upon us the long line of wrongs and left us where we are.

So far has our quest gone to avoid responsibility, that we would rather explain away sin than meet it on the ground of the cross where sin's debt is paid, victory is won, reconciliation is made, and its power broken.  The cross and The Shack are different stories and bespeak different deities and different gospels.  It may appear that they are the same to those who think spiritual and not religious is an apt description of the piety true to Scripture but today we meet Jesus who has set His face like flint toward Jerusalem, to the certain destiny of suffering and death, that will accomplish an end to suffering, the death of death, and the beginning of everlasting life.  Palms and hosannas are not the polite and trite symbols of a people who explain sin away as the fault of somebody else and who proclaim a therapeutic view of redemption.  No, they belong to the Son of God who is incarnate to suffer, born to die, and dying wins salvation for us and for the whole world.  In the shadow of such an entrance into Jerusalem, what can we say but "Blessed is He who comes in the Name of the Lord."

The first recorded incident of personal sin being blamed on another person is when Adam said to God, " The woman which you gave me offered me the fruit to eat, and I did eat." Genesis shows our tendency to shirk accountability. Adam blamed Eve, Eve blamed the Serpent, and so forth. But the reality is that some psychological complexities are at work in each of our lives. Some people have a more fragile insecurity at play and a built in defense mechanism to deal with sin. To some extent, in my view, every individual since the beginning deals with self denial, conscious or unconscious, in viewing themselves and their behavior. Growing up as a young girl, my own dear mother and her siblings lived in a household in which her father came home many nights drunk, and physically beat his wife and children if he was in the mood. He was indeed a vicious man when drunk, Later in life, after he gave up drinking, he became more peaceful. However, the damage had been done, and manifold insecurities were passed to his children, issues they would deal with all their lives. And so, the psychological frame of mind and experiences of people are at play when dealing with our own sins. All the more we need our Lord to show us the way.

I give it a "sheesh" rating.