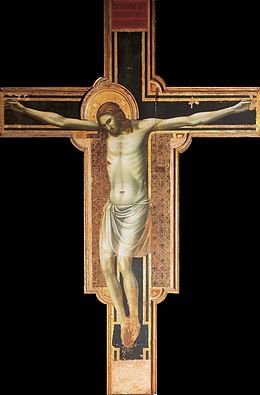 While surely uncomfortable for Protestants and evangelicals who typically identify modern day Israel and contemporary Jews as 'God's chosen people," it is no less comfortable for others.  In an age in which diversity is celebrated and offense is not tolerated (though, politically, modern day Israel is accustomed to being offended), a charge of anti-Semitism still carries weight.  So when the Church deals with the failure of Israel to acknowledge Jesus as Messiah and the talk in the New Testament of the Church as the "new Israel," some are bound to be offended by this unpleasant truth.

In the old order, reading from Genesis 37, on Friday of Lent 2, we would hear how Joseph's elder brothers were all offended by his dream -- how their sheaves bowed to his, and his dream of their stars bowed to his moon.   In the old but still venerable work, The Liturgical Year, Volume 5, Dom Prosper Guéranger reminds us:


Today the Church reminds us of the apostasy of the Jewish nation, and the consequent vocation of the Gentiles. This instruction was intended for the catechumens; let us, also, profit by it. The history here related from the old Testament is a figure of what we read in today's Gospel. Joseph is exceedingly beloved by his father Jacob, not only because he is the child of his favorite spouse Rachel, but also because of his innocence. Prophetic dreams have announced the future glory of this child: but he has brothers; and these brothers, urged on by jealousy, are determined to destroy him. Their wicked purpose is not carried out to the full; but it succeeds at least this far, that Joseph will never more see his native country. He is sold to some merchants. Shortly afterwards, he is cast into prison; but he is soon set free, and is made the ruler, not of the land of Canaan that had exiled him, but of a pagan country, Egypt. He saves these poor Gentiles from starvation, during a most terrible famine, nay, he gives them abundance of food, and they are happy under his government. His very brothers, who persecuted him, are obliged to come down into Egypt, and ask food and pardon from their victim. We easily recognize in this wonderful history our divine Redeemer, Jesus, Son of God and Son of Mary. He was the victim of His own people's jealousy, who refused to acknowledge in Him the Messiah foretold by the prophets, although their prophecies were so evidently fulfilled in Him.


Like Joseph, Jesus is the object of a deadly conspiracy; like Joseph, He is sold. He traverses the shadow of death, but only to rise again, full of glory and power. But it is no longer on Israel that He lavishes the proofs of His predilection; He turns to the Gentiles, and with them He henceforth dwells. It is to the Gentiles that the remnant of Israel will come seeking Him, when, pressed by hunger after the truth, they are willing to acknowledge as the true Messiah, this Jesus of Nazareth, their King, whom they crucified.

Luther and those of his age who spoke and wrote so harshly of the Jews cannot be excused from their words.  At the same time, it is clear that Luther spoke not strictly as an anti-Semite but as one who is mystified by the rejection of those who knew the Law and the Prophets but rejected Him of whom they spoke and frustrated by the unwillingness of those who should have known Him best to know Him not at all.  Clearly we wonder about this today.  Some Christians have come to believe that God has a two track path to heaven -- one for the Jews and one for Christians (Gentiles).  Yet this flies in the face of Jesus own words and the lament of St. Paul himself for the people who first taught him the Law and the Prophets.  It remains a difficult relationship -- attempting to be true to Christ and the Scriptures which sees the Church as the New Israel and yet keeping from the kind of anti-Semitism that loves simply to hate.  Yet this truth will not be denied:  the Church is the New Israel and it will take the witness of the Gentiles to continue to call Jews to know Him who fulfills the Law and all the Prophets.
Posted by Pastor Peters at 6:00 AM

This simply doesn't fly. Luther, as great a man as he was, was still a fallen man, and this is seen clearly in his attitude towards the Jews. He continued the problematic Christian practice of thinking that, rather than praying for and evaneglizing the Jews, it was perfectly within God's plan to spew forth hatred and deny one's Jewish neighbors their civil rights. Scripture has Christians making Jews jealous, and the only acceptable offense is that of the Gospel. The history of the behavior of Lutheran states towards the Jews bears me out.

Uwe Siemon-Netto, “Luther and the Jews.” 123 The Lutheran Witness pp. 16-19 (2004)
“So he [Luther] was an anti-Semite after all, wasn’t he? He was not. Anti-Semites are racists, and racists appeared on the scene much later in history—after the Enlightenment and the French Revolution. Luther did not think of Jews in ethnic terms; his bias was religious. Just before his death he admonished the princes to treat converts from Judaism as brethren.”
Martin R. Noland: “the present issue of LOGIA is titled

“Luther and Anti-Semitism.” It has several excellent articles on the subject and few book reviews on the topic too. 21 Logia Number 4. (2012)

@Anonymous: I've read Seimon-Netto and wanted to believe him, but found his arguments neither convincing nor moving. Luther wad more than an hater of Judaism since his targets were flesh-and-bloode people - whom Jesus called neighbors - than merely the system of Judaism.

Just curious. What will satisfy your outrage? What will slake you thirst for justice?