Virtue is not created by rules. . . 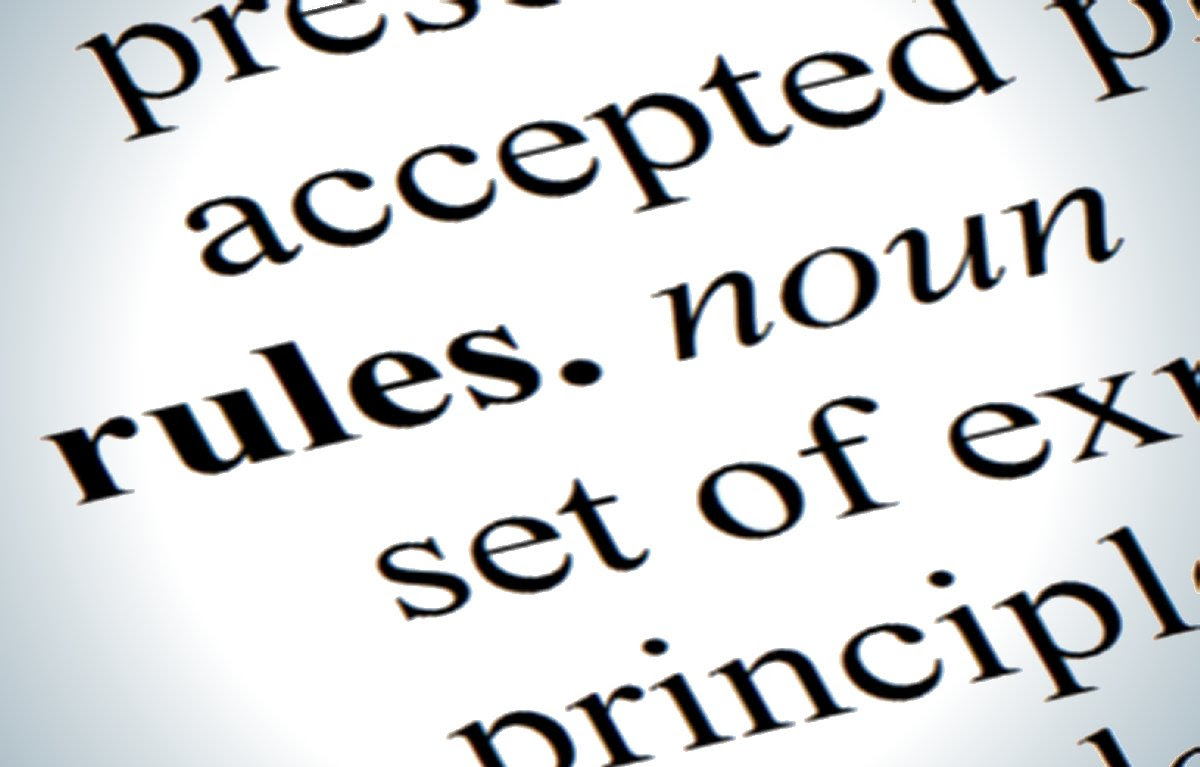 Strange how those who say they love grace seem to appeal to rules.  The tolerant perspective which views all things as neutral, especially things to do with sex and desire, finds itself using rules to enforce tolerance.  Anything that violates such neutrality (which is really not all that neutral) must not be allowed and so it is branded as hate speech from hate groups or hateful individuals.  The rules are being used to create a new society seemingly of acceptance but in reality without any willingness to condone anything that violates the cultural norms of the moment.

Some of those are Christians. They are in churches which have enshrined the sacred tenets of modern belief about sexuality and marriage and acceptance as the prevailing gospel wind of the day.  They have rules.  Rules about who must be represented on every level of church structures, about what must be and must not be required of those seeking to be clergy, and about dissent.  These rules have come to masquerade as morality but they are not.  The moral life is not primarily a matter of rules but is a matter of grace.  Grace is not neutrality and grace is not without a purpose and an outcome.  God would make us holy before He would make us happy.  He cannot compel our hearts to love what is good and right and true and so in baptism He kills what is already dead in sin to create in us new and contrite hearts, hearts fit for the joy of salvation and that love goodness and righteousness.  It is not a simple on and off switch and it does not make original sin and our sinful natures simply disappear.  It is not an instant version of holiness but the slow kind that cycles through daily repentance as they old dies and the new man arises in Christ to live new life.  It is a progress in righteousness which none of us can see or chart but God sees, knows, and judges mercifully.

Modernity seeks to shrug off the old rules of the past but in place of them it has inserted new rules to be followed and this is judged as virtue and progress.  It is nothing of the sort.  The Law in the life of the Christian does not function only to accuse but also to inform and direct.  It does not by threat or fear but as the fruitful flowering of God's love in us and the Spirit's work upon us.  It is the consequence of being in Christ the new creation of God's will, design, and purpose.  Morality is not born of rules but of grace.  We seem to forget this.  The rules have become normative and not simply accusative.  Through these norms the Church teaches us how to order our fragile and stumbling lives of faith toward the goal and purpose of God and the result is our own contentment and peace, both of which surpass understanding and transcend the ups and downs of the moment.  All of this is an exercise of faith that trusts even when there is a "no" in the rules, this "no" hides the "yes" of God to what is good, right, beneficial, godly, and holy.  To be sure, the Church has not done a great job of proclaiming this "yes" -- we have too easily found it enough to simply say "no" to this human failing or that.  So we end up arguing about rules instead living graciously by faith.

The world has heard our "no" to the disordered sexuality so rampant around us but even we are not sure if there is any "yes" of God hidden in that "no" or any cause more noble than tradition or the status quo.  In reality it is not about what is permitted or not but what is of God and what is not.  In this respect we seem to all be Pharisees at heart, a people who load the rules for our purpose and then use them to hide behind and to manipulate for our own ends.  The Law is not bad when it accuses and good when it directs -- it is good at all times and its godly purpose, both accusatory and directive, is God graciously at work for us and our salvation.  But if we are judging by this life only, then we will surely miss this and chafe under the rules, be they the old ones or the new norms to replace them as a mark of human progress.  It is only in the context of salvation that we can see the goodness in the Lord who stings the conscience and the grace of God who must say "no" in order to say "yes" to the higher good.
Posted by Pastor Peters at 6:00 AM

The liberal of today is no longer a libertarian or plainly anti-establishment. The liberal has evolved, made a sharp left turn, has set up its own rules, and will condemn all who do not conform. In the church, the progressive and liberal are comfortable with intolerance and despise traditions. It is the reality of our day, but we must be as unrelenting in our opposition as they are in their radical plans to oppress us.

Pastor Peters, would you say that the Third Use of the Law is a "progressive" sanctification?