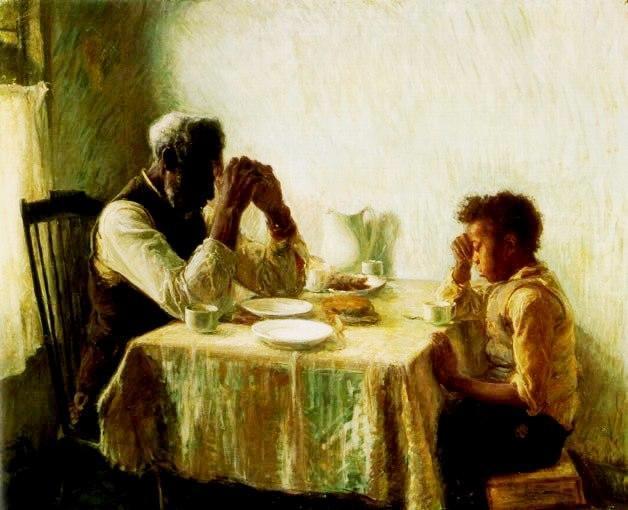 There are plenty of folks who think of piety as an old fashioned word in a world of folks spiritual without being religious.  It is as if piety has become a substitute for faith and one that takes its cue from a variety of sources and forces.  The fascination with Eastern meditation and exercise has certainly drawn in a host of self-proclaimed Christians and so many think of it as a neutral practice that can be used by a variety of religions and religious (or those without one)

Scripture is replete with references to piety, to those outward acts that are born of the faith of the heart.  Of course, they also warn against an inner faith that does not display in external life and externals that are not born of a believing heart.  Perhaps the most profound definition of piety is from the words of our Lord who said that where your treasure, there your heart would be also.  Someone has paraphrased His definition in this way:  Piety is the heavenly gaze that the earthly journey.  This is a helpful addition to the conversation.

Piety is the object upon which your eyes gaze and the focus of your heart and how this guides, directs, and shapes the outward path of your life.  Piety is prayer and devotion, to be sure, but it is also choices made because faith has informed the heart and created the will to desire that which is good, right, and holy AND the courage to seek these things.  We do not talk nearly enough about these things as Lutherans.  Indeed, the common charge against us is that we either have no piety at all or an invisible one.  Both are false.

Our Lutheran piety flows from the Word and back to the Word of God.  We are people of the Word.  The Word read and preached is one of the twin pillars of Sunday morning.  But we are also people of the Sacraments.  Baptism is not simply a past event that took place at a particular time and a particular location.  Baptism is an identity, a new life born of water and the Spirit, in which we are connected to Christ's death and die and connected to Christ's resurrection and live, never to die again.  Confession is not simply an option for those who cannot find a clear conscience on their own nor is it reserved for big sins.  Confession of sins is how we live out our daily life of repentance and forgiveness.  It is not perfunctory but deliberate and in response to God's call and promise not simply of forgiveness but of His presence and work to keep us blameless through absolution and strengthen in us the will and desire to seek that which is good, right, and holy (His Law).  We are also a Eucharistic people, who take seriously the Sacrament of Christ's Body and Blood, who prepare to receive it worthily, and who rejoice in the God who gives us a place at His table and is both priest and food.  In short, the Divine Service directs us to the heavenly meal even as it meets here and now with the foretaste of that eternal feast.

Our Lutheran piety is shaped by the catechism. Though we mostly think of the Small Catechism of Luther as an instructional tool for youth and those outside Lutheranism, it is also prayer book.  The catechism of Luther is structured to be prayed as it is confessed and the explanations are both a reflection of that blessed relationship we have as dear children of our dear Father and a means to living out this relationship in daily life.  Not a few prayer books have accompanied the Catechism to help God's people pray their faith as they confess it.

Our Lutheran piety is directed to good works.  Though we steadfastly insist that these works contributed nothing to our salvation, these works both glorify God and serve our neighbor (thus fulfilling God's will and purpose in our lives).  We do not have a secular piety as some of our critics charge but are manifestly concerned for our lives as good citizens, good neighbors, and good samaritans.  This is what the Lord has done for us and we, who are born in Christ by baptism to be His own and live under Him in His kingdom forevermore, serve for the benefit of others the grace we have received.

Our Lutheran piety is also reflected in hymnody.  It is no secret that the Lutheran Reformation was as much a sung Reformation as it was anything else.  The people learned the great catechetical hymns of Luther and sang them as they do still.  Our hymns are not little ditties we like to sing but as much confession as creeds are before the world.  They are doctrinal and profound, rich in Biblical imagery, and enable us to sing the faith we say we confess.  This is the piety that produced a J. S. Bach, for example, and has raised up faithful and profound church musicians in every generation.

Lutheran piety is less concerned simply with what we should not say or think or do but what we are free to say, think, and do.  They are less oriented toward rules than they are reflective of our joyful vocation as God's baptized people who delight in using the gifts He has given responsibly.  Though some might be offended by such moderation, it is a moderation after the Lord's own example, whereby His own are free not from but for their holy lives of faith, worship, witness, and service.

We are not well known for this piety in large measure because it is neither unique nor is it marked by exclusive practice (like the rosary is to Rome or the respect given to the icon in the Eastern Church).  We are not well know as a people who refuse drink or dance and yet we dare not treat these things with indifference.  God has given good gifts -- though not without the potential abuse that may turn even His good gifts into burden, abuse,  or curse.

Lutherans would do well to remember that short little definition -- a heavenly gaze that shapes our earthly journey.  It aptly describes the power of piety that accompanies a living and serious faith.
Posted by Pastor Peters at 6:00 AM

"Piety: a heavenly gaze that shapes our earthly journey."
Excellent post, Pastor. Very comforting. We live out our lives: imperfect in this troubling world, yet comforted, not by "pie-in-the-sky-by-and-by" but by trusting God will do what He has promised.
I forwarded it to my friends, the LC-MS Pastors of the Johnson City Circuit. Question/clarification: Could you compare/contrast this concept of piety with the "sanctification in the broader sense" of the Small Catechism's explanation of the 1st Article of the Creed?