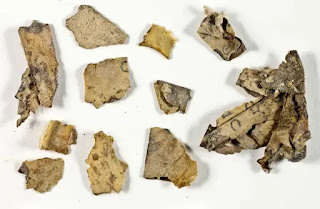 I was put onto a rather amazing story of a new find of archeological treasures in the Judean desert.  You can read about it here in the March 16, 2021,  Jerusalem Post.   Here is a video of the discovery.

A 2,000-year-old biblical scroll has been unearthed in the Judean desert, the Israel Antiquities Authority announced Tuesday. The groundbreaking discovery marks the first time that such an artifact has been uncovered in decades, since the time of the Dead Sea Scrolls.

The scroll was written in Greek, but God’s name appears in paleo-Hebrew. It contains passages from the Minor Prophets, including Nahum. 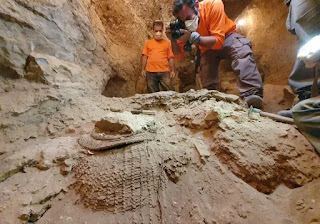 Besides the manuscript, the cave harbored several other unique findings, including a trove of coins from the time of the Bar Kochba Revolt, the skeleton of a child dating back to some 6,000 years, and a 10,000-year-old exceptionally well-preserved basket which experts say might be the earliest item of this kind ever uncovered.

“These are the things you are to do: Speak the truth to one another, render true and perfect justice in your gates. And do not contrive evil against one another, and do not love perjury, because all those are things that I hate – declares the Lord,” one of the fragments reads, featuring an excerpt of the biblical book of Zechariah. . . .

The point of all of this is not to prove anything except that the Scriptures are not so fragile and our faith does not rest on the kind of precarious foundation that so many critics like to think.  Good people of God, what we believe, confess, and teach is solid, built upon historical facts, and worth the risk of believing.  Do not fear.  You are being made wise unto salvation by the Word of the Lord and little discoveries like this only remind us that this Word is true forever.  While we do not need to have these treasures discovered in order to believe, it is a blessing to have the world find out that the Christian faith does not rest on the imagination of anyone but upon the truths of what God has done and Scripture has recorded.