When will we speak with one voice. . . 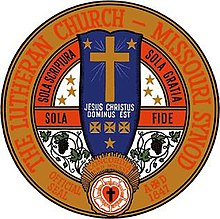 The Missouri Synod is a curious anomaly of conventions that typically pass resolutions with great majorities (usually more than 80%) and congregations and pastors who seem to delight in going their own way.  As an example, we heralded the work of the committee that produced the Lutheran Service Book hymnal and commended the book to the congregations with as close to unanimity as we can get only to have a significant number of congregations ignore the hymnal and screen their own evangelical style worship.  We pass resolutions commending a weekly Eucharist and have done so for years but there are some who still ignore the history and the call to live up to our Confessions in this matter.

It seems that the most united we have been in a long time was a decision to postpone the Synodical Convention until 2023.  As readers of this blog know, I was against it.  I lost.  Big time.  More than 90% gave the regular schedule a pass and deferred it a year.  Although I will not gloat, by the end of May the vaccination rate was approaching 70% of Americans and cities had opened up restaurants and bars and venues from Disney World to sports stadiums were welcoming in people.  We could have met.  Conventions need not be the three day cheerleading events they have evolved into and could just have been elections and other urgent business -- a one day meeting in a congregation instead of hotel and convention center.  The largest of our districts only needed a venue to seat 1,000 and they could have spread out their 600 or so delegates and the rest of our districts could have gotten by with a much smaller facility and still spread out.  Masks could have been required.  It could have been done.  But I am grousing and the vote was taken and it is done (including those districts who have gone ahead to meet in 2021!!!).

So what is my point --  besides to say I told you so?  It is that we seem unwilling or unable to agree on things except meeting in convention is not all that important.  What does this mean?  Does it mean that our pastors and people feel the business of the Synod is no longer important enough or urgent enough to make it a priority?  That is my fear.  We love to ridicule our church body and speak about the Purple Palace (which is largely empty) and mock the noble resolutions of our church assemblies but if this is not also the work of the Kingdom, why do we bother?  One of the fruits of the pandemic is that we will have to rediscover again why we work together and why what we do together is significant and timely -- or else the judgment of the world and the government against non-essential things will be a fait accompli.

In days gone our leaders would often appeal to us as brothers and sisters and address us as our beloved Synod.  Even a cantankerous Sammy von Schenk could say:

"My Mother the Missouri Synod -Long may she live; damn the old bitch!" She deserves this toast and yet even a bitch can give birth to something. There are those who be named, "The son of bitch of the Missouri Synod." All religious church bodies have earned the title "bitch" but Missouri is still the least offensive. Even though some must accept that their mother is a bitch, they know that they can't make her grave. I guess there is an instinct in all of us-I love the old bitch Missouri and owe her much."

I know how von Schenk felt.  There are times when I have looked to the Synod to lead and she has been too content to follow public opinion -- like the decision to postpone the Synod convention and the failure of our Synod to agitate against the shutdowns of the government.  There have been countless times when I had hoped that District Presidents would be bishops like the Scripture talks about and stand up to false teaching and generic evangelical style worship and screwy ideas like virtual worship and communion.  But I have learned that in comparison to leadership structures that guide the sheeple away from the Way, the Truth, and the Life, we have something to be thankful for.  I am convinced that we need the Synod now more than ever.  I hope and pray that we can come up with 90% in favor of strengthening and improving our Synod but I fear about the only 90% we are going to get is the judgment that Synod is best when the Synod allows me to say, think, and do whatever I want.  This is one vote I hope to lose.

The essence of action taken by the Synod in convention is most exemplified at the parish level by the under shepherds of the Church. Generally speaking, the laity is ignorant as to the goings on at synodical conventions and are content to follow the practices of the parish pastors with minimal contextual consideration. Whether or not a congregation utilizes Lutheran Service Book or some hybrid form of evangelical style worship depends upon the pastor, or should. I am encouraged that the seminaries seem to be graduating men steeped in the ancient historical liturgical practices. Leadership at the parish level is paramount if there is to be synodical unanimity.

Paulus: "Generally speaking, the laity is ignorant as to the goings on at synodical convention"

1. What could pastors do to help such lay delegates out of their ignorance about the theological or administrative issues considered at synodical conventions?