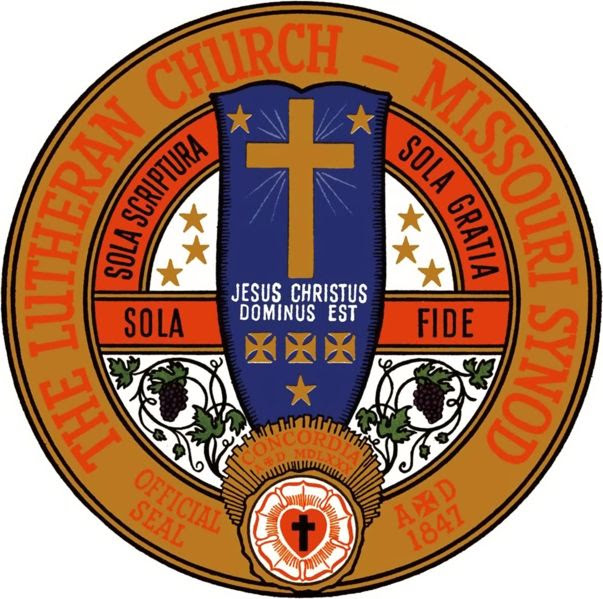 For those who are not in Missouri, the rather arcane and unusual manner in which we elect our President (Presiding Bishop, for those who prefer ecclesiastical terminology), it may be a strange day.  But for those in Missouri, the announcement of the nominations for President, First Vice-President (both full-time), and the other Vice-Presidents (part-time unpaid) is a a moment filled with anxiety and the wringing of hands.  This cycle the results were delayed as the Secretary of Synod worked to obtain consent for nomination (or declines) from all those whom the congregations offered up for the ballot.


Of those receiving the highest number of nominating votes for the office of President, the following have given their consent to serve if elected:
* Matthew Harrison -- 1,332
* Gerald Kieschnick -- 755
* Herbert Mueller Jr. -- 503
* Carl Fickenscher II -- 5
* Daniel Gard -- 3

Of those receiving the highest number of nominating votes for the office of First Vice-President, the following have given their consent to serve if elected:
* Herbert Mueller Jr. -- 809
* Matthew Harrison -- 728
* William Diekelman -- 244
* Wallace Schulz -- 240
* Jeffery Schrank -- 112

Of those receiving the highest number of nominating votes for the offices of vice-presidents two through five, the following have given their consent to serve if elected:

I am singularly disappointed that despite having 2500 people read my blog each week, I am not among those nominated -- yeah, right.

Anyway.... back to the point here.... the strange circumstance of Missouri's system is that this does not say who will be elected.  Since the Convention elects from the slate of those nominated and the nominations are not necessarily a reflection of the popularity of candidates among the actual delegates, it is suspect to read too much into these nominations.

In addition, since the second most nominated person for Synodical President is the incumbent, it is foolish to underestimate the power of incumbency.

In the end, whomever will be elected, and it will most certainly be either Harrison or Kieschnick, it will be a highly contested race, probably decided by just a few votes, which will mean that the era of Synodical conflict and division will most certainly also continue throughout the next SP's term (be it three or four years).  The worst outcome would be for whomever is elected to consider the election a mandate (much in the same way Obama sometimes forgets that he was not elected by landslide).  The path in Missouri moves in incremental steps and not in giant leaps (unless the BRTFOGGYBOTTOM recommendations for restructuring are adopted in full).

Just thought you might want to share in the good news of a process that hints at outcomes but does not accurately predict them... So we must wait for Houston in July to find out what it all means.
Posted by Pastor Peters at 8:56 AM

My parish nominated you for a Synod VP spot. So you will have your name followed by at least "1" after it in the Convention Workbook.

Though we should note that only once before (that I am aware of) has an incumbent failed to garner the most nominations; and that year the incumbent was voted out of office. He had 90 some more nominations than his opponent and won the election by a handful of votes. This situation finds the leader in nominations ahead by 500+. I still think it will be close. It is significant that the leader in nominations has proposed a plan that is exactly NOT a mandate, but an invitation to discussion under Scripture and the Symbols. I think "It'sTime" resonates with folks who desire to see Missouri address the theological divisions theologically.