When the Big Picture Misses the Snapshot 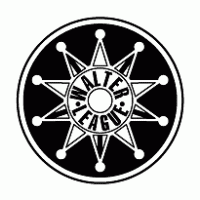 While the ELCA is imploding, there are still congregations from within this body who proudly wear their heritage as Augustana Lutherans -- referring to the Augustana Synod that once bound together Swedish Lutherans in America until somebody decided that the ecumenical perspective required merger, the loss and burial of this past identity and the adoption of several identities over the years until the most recent (ELCA as of 1988).  Funny how the ecumenical vision of unity required dismantling the ties that had so successfully bound and solidified an immigrant people, faith, and culture in a new land.

These are but two examples of the way we have dealt with rather successful identities and then destroyed them in pursuit of the big picture -- all the while losing the snapshot of history that was strong, clear, and effective.  We could go on about how mega churches are successful in the big picture of selling their mall size facilities and full menu of facilities, programs, and connections but not nearly so successful as smaller congregations in providing care, follow up, personal welcome, and responsibility.  It is the same thing, really.

The ecumenical vision has correlated well with the economic image of bigger is better.  But is it...  Remember when Pontiac was longer, lower, and wider?  And now there is no more Pontiac.  When we callously dismantle structures that have previously served us well -- only in the name of merger, bigger is better, and economy/efficiency of scale ideas -- we may not gain much at all.

I wish that we had a structure in place that could serve my kids as well as the Walther League served its generation.  Maybe it was another time... but it was also a desire to move beyond what was considered old and outdated but what was new and relevant did not last at all.  Maybe we need to think this model through a bit more before we discard even more associations and identities, whose strength is not realized until its structures are gone and impossible to rebuild...
Posted by Pastor Peters at 8:49 PM

When I was in Walther League, I had no idea who Walther was - it was never talked about - and so I thought it was a dumb name (ignorant kid that I was!). Went on to college, my brother was in WL, and they changed the name. Things seemed to go downhill from there. But we had an identity - "youth group" doesn't cut it, and it doesn't connect back through the generations, and forward to those to come. I don't know what the answer is, but I think you've made a good point.

"When I was in Walther League, I had no idea who Walther was"

"On May 23, 1893, the Walther League was organized in Buffalo, New York. Delegates from twelve societies were present, representing the following cities: Buffalo, New York City, Brooklyn, Milwaukee, Fort Wayne, Dallas, Detroit, Rochester (New York), and Danbury (Connecticut). The League was named after the great pioneer of the Lutheran Church in America, Dr. C. F. W. Walther, who as early as 1851 urged the organization of a league of young men's societies for special welfare work of the Church, especially for the support of the poor students."

So the Walther League was not organized as part of the Missouri Synod, but was later endorsed by them.

The Walther League youth organization was part of the Evangelical Lutheran Synodical Conference of North America, which dissolved in 1963.

"After years of accomplishment including the establishment of the Wheat Ridge tuberculosis sanitarium in Wheat Ridge, CO, the Choral Union, development of youth resources, the Walther League changed course in the 60's to parallel the way much of society was going and take on social issues. The LCMS and Walther League realized that they were on divergent paths and in 1968 parted company, the Walther League becoming an issue oriented youth movement.

"The LCMS went without a youth organization until 1977 when in convention, the LCMS voted to reestablish one. At a 'Thanksgiving Forum' held at Concordia Seminary, St. Louis, youth and adults from all over the country wrote the guidelines for the new group and name it 'Lutheran Youth Fellowship,' LYF as we know it today."