Neither Church Nor Sect 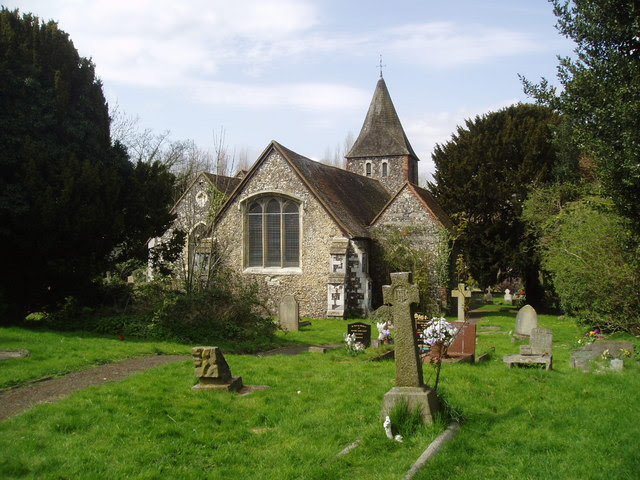 Frank Senn wrote in the Winter Forum journal an interesting and somewhat personal article on Lutheran Identity and Denominational Loyalty.  It is worth the read so, if you do not, why not subscribe and find out what a great resource the American Lutheran Publicity Bureau offers (primarily but not exclusively to Pastors).

In the article, Senn speaks of the difference between the situation in Europe and in America.  Denominationalism is largely an Anglo-American permutation of ecclesiastical structure that has now affected practically all of global Christianity.  In the European situation there were either "churches" or "sects."  What Senn points out is the very dilemma that CFW Walther and the other Saxons faced upon coming to America.  Sure, part of it was related to Bishop Stephan but much of it was the crisis of leaving a state church structure in which they were dissenters and then arriving in a place without any state church and where dissenters were consider as legitimate voices for the faith as were the orthodox.  The Missourian solution was then to combine aspects of church and sect into an institutional identity that was, strictly, neither.

According to Senn, denominations combine the sociological elements of both "church and "sect"... some are more churchly and some more sectarian...  He rightfully points out that Missouri began as sect or dissenter and we all know the struggle for legitimacy that accompanied its beginning.  The fore bearers of the ELCA, however, were more churchly in their origins growing from Muhelnberg's ministerium.  These terms are not pejorative but descriptive of origins and structure -- not doctrine.  Thus the ELCA claims to be church in all its emanations while Missouri sees church more strictly in terms of the local congregation.

While Senn's reasons for staying or leaving the ELCA are his own, I think that his description of the American situation in contrast with the European origins of Lutherans is helpful.  Here we are, in fact, caught in the tension between church and sect.  We are both and yet neither.  The ELCA may act more churchly and speak more churchly than Missouri when it comes to its national structures, but it is caught, with Missouri, in the this tension between being church or sect or neither.

It is not what I would hope for, but the reality is that Missouri has historically chosen not to see itself as "church."  Being Synod is in essence being an association of congregations who themselves are church.  This Synod has a churchly side and a sectarian side to its personality and identity.  And there is the rub.  On one hand, I desperately yearn for the LCMS to be church, to be THE Church -- from top to bottom, from national headquarters to the smallest, loneliest rural congregation.  I yearn for my Synod to be the Church -- to act like the Church, to speak like the Church, to possess the authority of the Church, and to be seen both by its members and those outside as the Church.  In my heart I want this Church to be comparable to the Roman Catholic Church or the Orthodox Church (I guess in America) -- with jurisdiction, authority, and identity consonant with being the Church.

In my mind I know that this is not the case and, truth to be told, am somewhat relieved that the Evangelical Lutheran Church is not the same as the Missouri Synod or the ELCA (or any other incarnation resident in the USA).  My mind understands that the Synod in its self-understanding as well as in its constitutional documents, is defined more as sect than as the Church.  My mind appreciates the freedom that this allows for me, and others who think like me, to live out in the places where we find ourselves, the fullest expression of the evangelical and catholic ideal that the Lutheran Confessions claim and express.  My mind appreciates this small but significant distinction when I find those who live on the fringes of Lutheran identity and practice and am relieved that the LCMS is an association more than an organic identity.

Sadly, I find the future one of continuing tension between these two emanations -- the churchly and the sectarian.  Congregations and Pastors will find that they are constantly being called upon by circumstance and decisions of these church bodies to re-evaluate their association (ELCA or Missouri).  Much as I wish that both church bodies would simply claim one identity or the other, I find a certain comfort in my misery that both the ELCA and Missouri are neither church nor sect.  On the one hand it relieves me of some angst when both church bodies make foolish choices and flawed decisions (the ELCA with regard to sexuality and Missouri when it comes to "lay" ministry, for example).  On the other it means that I have not only the freedom but the responsibility to be the most evangelical and catholic presence I can be, with my congregation, in the church body to which we are affiliated -- the Church in this place.

So perhaps I am reluctantly reconciled to live in conflict -- the heart and the head, church and sect... I am not sure you may understand what I am saying... If you do, then perhaps you find yourself in the same tension.  If not, then perhaps I have not explained myself well...
Posted by Pastor Peters at 3:26 PM

I think I understand you, Fr. Peters. I come from what in Europe would be called a sect. I desire the fullest confessional/catholic identity. I see the tension between the two in Synod. I fear we are destined to live out this form of schizophrenia. Our lives here on earth seem always to be lived in tension.

Solace IS found in the freedom of which you speak. To be able to live out the evangelical and catholic where God has placed us.

The LCMS resembles more a political
entity than a church. Everything is
voted on...Synodical President,
and District Presidents in an election cycle every three years.
It would be better to remove their
term limits and give them full tenure
as a called bishop who would serve
until death or retirement at age 70.
Also their authority would get a
boost because once elected they
would serve without the need for
further elections and political
campaigns. We need Bishops with
a mandate to have the authority as
leaders of the church.

I also desire the Church to be the fullest in confessional/catholic identity. It becomes difficult to practice faithfully when a called shepherd veers from the Word to placate those who really need strong catechesis.

Be careful what you ask for as far as the rights to apportion money to different ministries, or the rights of congregational property. All these things change with the hierarchial model. Who is to say you won't have heretical or bad leaders with Bishops and other hierarchals? The Anglican church should be a model of what happens when bad leaders form the hierarcy. The congregational model isn't perfect by a long shot, but poses less serious problems. God willing, there will be a frank discussion of congregational practices in the LCMS soon.