A Sign of Things Not So Good In Judaism 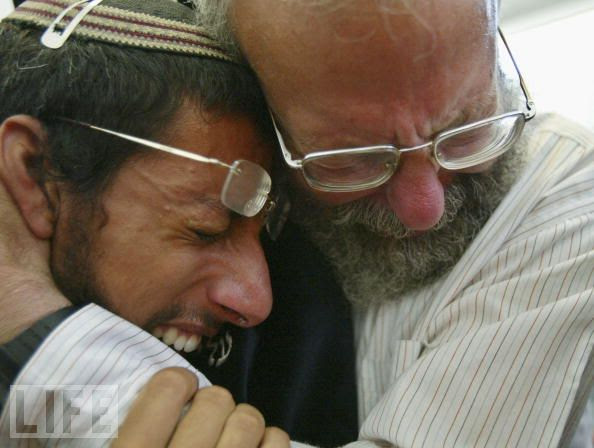 From New Voices:  Brandeis University terminates the Hebrew Major... Zephaniah 1:10 "On that day," declares the LORD, "a cry will go up ...


Faced with the increasing financial challenges of the ongoing economic crisis,  Brandeis announced in 2010 the termination of the Hebrew Language and Literature Major, beginning with the students of  the class of 2015, who began school this semester. The cut came as only one of many faculty and departmental changes that administrators estimate will save the university $3.8 million per year.

Though students will still have the option of pursuing a Hebrew language track within the Near Eastern and Judaic Studies major, which also offers concentrations in Judaic Studies and Bible and Ancient Near East, options are now more limited for students seeking a  Hebrew-intensive curriculum. While some students are able to fill most of their requirements with the courses taught in Hebrew, the track allows students to take up to five of the 10 course requirements in English. And with one faculty member cut this year, just five Hebrew professors are left to cover the 14 Hebrew courses offered this semester.


“They were looking at programs that do not have enough volume in order to see if we can cut faculty from them,” said  Vardit Ringvald, the director of the Hebrew Language Program who has taught Hebrew at Brandeis for 27 years.

“So it’s true that we don’t have a lot of majors in Hebrew, but we have a lot of students who are taking the language,” she said. Over 100 students are enrolled in Hebrew courses this semester with similar enrollment for next semester. While some are simply looking to fill their language requirement, others are looking to explore their Jewish identity and connection to Israel through the language.


“One vital contribution to my decision to apply early to Brandeis was its offer of intensive Hebrew classes, a Hebrew major and a Hebrew minor,” said Doreen El-Roeiy, an undergraduate departmental representative for the major. “I felt that the Hebrew Language and Literature major at Brandeis University was something unique, a major that could offer me a flexible degree, which could be applied to many career paths,” she said “For a school that advertises their Judaic studies field, it’s a disappointment for people to come and not be allowed to further their Hebrew knowledge through the variety of courses they used to have in the Hebrew major,” said Michelle Sinnreich. Sinnreich, a junior majoring in Hebrew, chose the major during her sophomore year after seeing bigger improvements in her fluency in just two years of study in the Brandeis Hebrew department than she had during the several years she spent studying Hebrew in a Jewish day school and during a gap year in Israel.


But despite student interest in the Hebrew courses, the University cut a faculty member this year along with the major. The change has made it increasingly difficult for the Hebrew department to offer all the courses they want for those who are still interested in studying Hebrew without the major.


“We have to compensate. And we’re trying. We’re very creative and we’re trying to do it,” Ringvald said. “But we work extra hard, extra hours. We take advantage of what the university is offering us in order to be able to really tell the students [they] can still have a wonderful program here.”

The department has worked to redesign the program so that they can still offer the same courses and provide students with the options they want. To avoid cutting courses from the curriculum, each of the five remaining Hebrew professors now teaches five and a half courses per year instead of only five. Certain classes that used to be offered every year are now being offered every other year or every two years so the faculty is able to cover all the original options. Some class sizes increased to accommodate all the students taking Hebrew courses within what is now a smaller department.


While 14 Hebrew language courses are being offered this semester, including upper level classes focused on conversation and writing skills, Ringvald believes that the lack of students who choose to major in Hebrew is a result of the former major’s structure, which required students to take Near Eastern and Judaic Studies classes taught in English. Those classes include a foundational course in Judaic Studies and options such as Biblical Hebrew, Rabbinic Hebrew and Modern Hebrew literature. Though they often analyze Hebrew texts, such courses often serve as deterrent to students looking for total Hebrew immersion.

Studying any foreign language at a university is an outdated concept. For example, why pay for one year of college to earn 20-30 credit hours for a major/minor in German? It would be cheaper to attend an intensive language school in Germany for 6 months. Many of these non-credit schools have dorms. At the end of your training, you visit the local university and take the language exam. Having passed that, you would be qualified (at least linguistically) to attend college in Germany. By all means, if you can attend at least 1 year of college in Germany, I would encourage you to do it! Alternately, after language school training, you could visit the local Goethe Institut and take a language proficiency exam. Passing such an exam gets you a certificate that is recognized throughout the German-speaking world. Such practical training is infinitely more valuable than declaring a major/minor in a foreign language. By the way, please consider that Europeans never need to declare a major or minor in English, and they still manage to speak it quite well.

You could pick any language and apply the same kind of strategy as explained in the above post. Regarding the article, a student interested in learning Hebrew would need to bypass Brandeis completely and go study in Israel. It can be done. Who cares whether or not you get college credit for studying the language? it only amounts to a line on a resume. Having lived and studied in Israel would have greater value on a resume that merely stating that you majored or minored in Hebrew at an overpriced university in the USA.

Dr. Martin Franzman said that the
best way to study the Old Testament
is to read the Septuagint. We are
not really producing any Hebrew
scholars at our St. Louis or Ft.Wayne
seminaries. Many of our seminarians
are getting D's or C's in Hebrew.

Greek is the language that needs to
be stressed at our Sems. We need
to admit that Hebrew is beyond the
reach of the parish pastor.

"It would be cheaper to attend an intensive language school in Germany for 6 months. Many of these non-credit schools have dorms. At the end of your training, you visit the local university and take the language exam."


Good luck with that. University level competence in one year? You are dreaming. Maybe 1% could pull that off.

Anonymous #2: I am writing from experience. Intensive language school runs all day, 5 days a week, for several months. Remember that you are living in that foreign country and are immersed in the language all day, every day. Resist all temptations to speak English with anyone. University level competence in the language in one year is realistic. If you are smart enough to do well at an American university, you can do just as well (academically) in Europe. Such a path is not for the lazy.