Are the introverts winning? 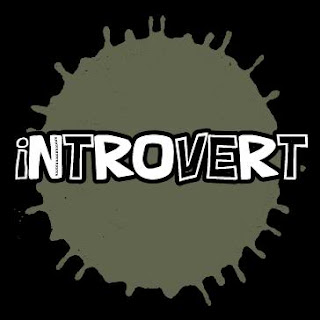 Because I know from my own family the differences between an introvert and an extrovert, I also know that at times (maybe most of the time) it is also a competition -- even a battle.  At one time it seemed to me that extroverts were dominant.  They surely had all the reasons to dominate -- outgoing, winsome, naturally gregarious.  I wonder now if social media have not changed it all.  It would seem to me that the manner in which we communicate and friend one another leans toward one more comfortable to introverts and more difficult for us extroverts to dominate.

With congregations tending toward the larger side, it is easier to be anonymous even while being "connected."  Church has always been easier on the extrovert than the introvert -- except those churches where the focus is on something besides the people (I bet introverts love the Latin Mass).  Church is often organized and run by extroverts who seek to impose and capitalize upon their out going natures, with seemingly little appreciation or understanding for the introvert.  Now the internet has made it possible to go to church without, well, going to church.  Given the press to use this technology to its fullest, churches just be may be giving the edge to those who like fellowship without leaving the confines of their homes or their pj's.

With more and more communication being done through texts, email, blogs, and, of course, the elephant in the room, Facebook, we spend far less time than in the past speaking directly to one another, face to face, or before groups of people.  We shop on line as well as having our major social intercourse through on line forms and forums.  This is truly an environment in which the introvert is less at the disadvantage.  But in leveling the playing field, the social media may have also made some extroverts (if they had the opportunity) into more introverts.

It is just a theory of mine...  Feel free to disagree.  You do not have to talk to me about it (at least not directly).  Post a comment.  Friend or defriend me.  You can do it all from the safe confines of your computer, smart phone, or other electronic device.

BTW a "friend" sent me this on being an introvert... read it all here.  I have copied the choice parts below.

In every church I have attended, this has been a precursor to the beginning of the service. What I want to know is why. There is no way that anyone is going to remember anyone else’s name in the 2.7 uncomfortable seconds it takes to say, “Good morning! My name is so-and-so. God’s peace.”

And has anyone considered what that is like for people who have never stepped foot in that church, or any church at all? I’ve been in church my entire life, and this entire process ties knots in my stomach. I understand the rationale behind it (we want to be a friendly, welcoming community), but isn’t this accomplished in a less forced manner before and after the service, over donuts and coffee?

Awkward encounters are so much easier with caffeine and sugar.

It is for this reason that I really love running slides or doing some other manner of work for the church during the beginning of the service. Can’t shake your sweaty hand if mine are busy doing something else.

Okay, look. I will tell you what I think once I want to say it. Trust me, I am very opinionated. Just because I am sitting quietly in this group of people, listening to all of them talk about their lives or this Bible passage or this idea, doesn’t mean I have a rock for a brain or that I’m too scared to speak up. Or, even worse: that something is wrong with me.

The worst offenders for this one are small group leaders and youth directors. And I know that for a fact, because I am one. Take it from me: if an introvert isn’t speaking, it isn’t because nothing is going on upstairs. It’s because they’re thinking. And once they feel comfortable enough, they will share. And yeah, that might take a couple minutes. A couple weeks. Maybe even a couple months. Their silence isn’t a reflection on your leadership! Leaders like me need to be secure enough in ourselves so that we can let the silence happen. It's not "awkward" until you make it awkward.

3. “Let’s get into groups and pray aloud and/or tell each other our deepest, darkest struggles.”

Introverts tend to have deep relationships and friendships. They are often very few in number. Case in point: when planning our wedding, I told my husband Ted that I wanted three bridesmaids: my sister, my best friend, and his sister. He gave me his best puppy dog face and told me that he wouldn’t be able to go lower than 9 groomsmen. People just love Ted. I get it, obviously. (We ended up having 7 bridesmaids and 7 groomsmen, and I love and cherish every single one of them.)

At the church where I work, we meet weekly to pray over the prayer requests we receive as a staff. We separate into groups of 3 to 5, go to separate corners of the church, and begin to pray over the list. I have a mini-panic attack every single time. I hope I’m adept enough to cover it. I’m probably not.

If you could see into my head while I pray aloud, it would look something like this:

“Dear Jesus: I am completely blanking right now. I know that when we usually talk, the conversation never ebbs, but all these people are looking at me and listening to me and I feel like I’m naked and I’m going to hyperventilate. If you love me – no, I know you love me – please give me something intelligent to say in front of all these people. That I work with every day. Who are expecting me to form a coherent sentence. If it’s fancy and a little theological, too, that would be great. Thanks a million. Amen.”

Recently, one of the pastors at my church gave a devotion about how people pray out loud. He said that if a person asks for things that God has already promised, like his presence or his faithfulness, then it’s foolish and they probably have a pretty weak faith.

Right. As if I wasn’t already self-conscious enough.

On Jon Acuff’s post about introverts, one very well-meaning woman tried to give an introvert some advice about praying out loud:

“Sometimes I have an apprehension of going to the bathroom in public with someone who is the in the stall right next to me. Sometimes it is really hard to avoid. However, I know I have to go, so what I do is close my eyes and just go with the flow. I would say the same to you the next time you are asked to pray out loud in front of others: Just close your eyes and go with the flow. He promises that as we open our mouths he will fill it with his words. I have found this to be true not only in my life, but also in the lives of others I know.”

I'm convinced that "go with the flow" is a distinctly extroverted phrase. Also, I’m not sure I’ll ever be able to use the phrase “go with the flow” again.

Talkative. Friendly. Open. Or, my personal favorite: “You should be more like your sister.”

I once had a very influential camp counselor tell me that. My sister and I are very close now, and I would love to be more like her, because she is clearly cooler than I am.

When we were in high school, my sister was a beautiful, blonde, popular, fashionable, outgoing cheerleader. I was a somber, dark-haired band nerd who wore jeans and t-shirts and hated high school. Of COURSE I wanted to be more like her! Who wouldn’t?!

You would think that this sort of thing doesn’t happen to me anymore, but it does, actually. Even at 23, an age in which I am actually secure in my personality, this conversation takes place:

Oh man, does that resonate. Once in Sunday school, the pastor asked me if I had a question. My face must have been contorted or something. I almost melted in the chair and said, "no, I was just thinking about what you said." Meanwhile kicking myself for not being quickly astute enough to come up with a brilliant question on the spot.

Yeah, introvert alright. One on one with someone I know well, I do fine. In a group of people, I become Miss Post Turtle.

I'm the introvert who likes to go to church & worship....period. I don't like shaking hands, talking, laughing. Of course, people think I'm stuck up or a snob or I think I'm better than other people. I'm not! I'm there to worship in the fellowship of believers. It's not about them. I'd like to be invisible.

As we worship in the INVISIBLE
Holy Christian Church, only God
can look into our hearts and see
who the true believers are.

If you have no social skills, grace or concern for others, then it is better to be an introvert because you will be keeping that to yourself. On the other hand, it would help if those introverts who are thinking something worthwhile would speak up and share with the rest of the group.