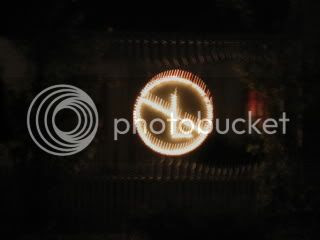 There seems to be no shortage of Lutherans ready to abandon the Lutheran confession for something else -- mainstream Protestantism, evangelicalism, non-denominationalism...   Isms are always troublesome.  In this case it is an unlikely nod.  We have few true offsprings of Geneva in the US.  Not so in France.  Here is the scoop from, of course, Ecumenical News International.  You can say it was just a small group and it was.  But defections still hurt the cause.

Paris (ENInews). After years of preparation, a new Christian denomination will be formed this week in France when two synods meet in the eastern town of Belfort, a location historically important in the growth of Protestantism.

"The new church begins right away juridically," he told ENInews, adding that parishes would have a year to implement the final phase of decisions and statutes before the first national synod meets in 2013 in Lyon.

The synods will formally vote on all "reference texts" or constitutional statutes of the new denomination, after having approved them in principle earlier this year at an assembly in Versailles.

"We expect the new church to have higher visibility in today's society to give witness to the Good News," said Pastor Joël Dautheville, EELF president. "Union gives greater strength and authority to the church."

The reason for the merger is not for "economies of scale" but to ensure a "better witnessing of the Gospel," Schlumberger said. He acknowledged that the road to the new church has been a long one, and not without bumps.

The merger was first proposed in the 1960s, Schlumberger told ENInews, but fears by Lutherans that they might be absorbed resulted in failed talks. A new proposal was re-launched in 2001, and the decision to merge taken in 2007, "almost unanimously," he said, despite scattered individual resistance.

Some in the Protestant community have criticized the proposed new name, saying it implies this is the only Protestant church in France. But "a united church does not mean a unique (single) church," says Schlumberger. "The name is not perfect but it already exists in other countries."

Since 2007, the Reformed and Lutheran denominations have been working on revisions and recommendations to achieve a final text that will govern the United Protestant Church's doctrine. Church leaders have stressed that the merger will not suffocate "the legitimate diversity" of their traditions.

"There is no desire for one to absorb the other, but to live together and become stronger," Schlumberger said.

In a speech prepared for the synod meeting but made available to ENInews for limited use, he stated, "We are called to witness, without being identical. This means putting Christ first, and doing it in our own way, with the freedom of accepting who we are."

The new church unites some 272,000 parishioners, of whom 250,000 are from the Reformed Church, and it comprises 456 pastors and 960 active places of worship. It brings together two different histories and styles.

The Reformed Church has its roots in the 16th century Reformation and is the largest Protestant church in France. After having their first national synod in 1559, believers faced persecution during the 17th and 18th centuries and thousands fled to other countries and regions. The current ERF was created in 1938; the doctrine is Calvinist and confessional, and the church is present throughout France except for the Alsace-Lorraine-Moselle and Montbéliard regions, near the German border.

The Evangelical Lutheran Church was formed in 1927 by parishes that had quit the main church over doctrinal disputes. It is based on the theology of Martin Luther and is present mostly in the Montbéliard region and in Ile-de-France. Both churches are members of the Protestant Federation of France, and had offerings from their members totaling some 25 million euros in 2009.
Posted by Pastor Peters at 6:00 AM

To any Lutheran who can find him or herself in league with a Calvinist, it is best to say "au revoir!"

The contrived physical unity of the visible churches is not a fulfillment of "unum sint" but rather prevents the honest dialogue in humility that would result in the correction of false doctrine, sophistic interpolations, etc., and restore communion. It shows what little respect they have for their respective confessions.

Basically it looks like the French versions of the ELCA and UCC just merged. Yawn.

Hey, at least they are being honest. I wish the ELCA would be so honest and stop using the name Lutheran. The ELCA is really the same as the UCC. So, they should just merge and drop the name Lutheran like the French in this case.

With this merger, Lutheranism in France will be, for all practical purposes, extinct.

Is this the same church body that has altar and pulpit fellowship with the LCMS?

How much outrage is there among the members of the now-defunct EELF? Will the French version of the LCMS offer itself as a viable alternative to the United Protestant Church?