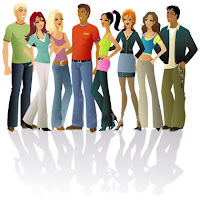 Remember the study of millenials that I noted (with its cool graphic)?  Well, here is someone who suggests that all the talk of the sky falling misses one consistent point throughout the ages -- those 18-24 tend to be less religious, less orthodox, more liberal politically, and more tolerant (rebellious?) on social issues.  This has been a consistent throughout history...

Aren’t college-aged people in all generations less orthodox, less religious, and more politically liberal and idealistic than any other age group? Take, for example, the following comments from a 1973 article by Robert Wuthnow and Charles Glock in the Journal of the Scientific Study of Religion:


An accumulating mass of data suggests that organized religion is currently a significant object of commitment for only a minority of young people. Gallup polls conducted in 1970 and 1971, for example, reveal that only 28 percent of those age 21 to 29 have attended church during the previous week and that a striking 80 percent in this age category perceive religion as losing its influence in American life (Gallup Opinion Index, January 1970; February 1971). Among college students one national survey of seniors done in 1969 reported only 8 percent describing themselves as “very religious,” another survey in the same year found only one-third of students in “forerunner” colleges and one-half in “practical” colleges valuing “Living the good Christian life” or identifying with people of their religion, and a Harris poll of college students in 1965 showed only 34 percent expressing a “great deal” of confidence in “organized religion” in comparison with 75 percent who placed such confidence in the “scientific community” (Hadden, 1969; Fortune, 1969; Newsweek, 1965). And results from an unpublished study of Berkeley students conducted in 1971 found only 18 percent accepting a traditional image of God, 14 percent a traditional image of Christ, and only 9 percent a traditional view of life after death (Berkeley Beliefs Study, conducted by David Nasatir).

If not for the dates, one might easily mistake this description of college-aged religious defection for the assessment that is all too common of Millennials today. So far as I’m concerned, the data simply represents Winston Churchill’s famous dictum: “If you’re not a liberal at twenty you have no heart, if you’re not a conservative at forty you have no brain.”

If you are into this sort of thing, you can follow the link above or read the perspective here...
Posted by Pastor Peters at 6:00 AM

Pr. Peters,
While I agree that college-aged kids are historically less orthodox, I thought there was a study showing that fewer were making it back from the wilderness.

This kind of dove-tails with your "Lutheran Parsonage" post. How are these kids supposed to find their way back if they don't have any distinctive signposts?

Actually, just young, although there is cause for concern as to what millenials believe on certain, important issues. I heard one statistic told to confirmands over the weekend that claimed 96% of millenials do not attend church and are going to hell. As a father of one of the confirmands, that Stat did not sit well with me. So I looked up the Pew research study on Millenials, and they do not seem to be too far from where Gen X 'ers were at their age. Here is the link to the report: http://www.pewforum.org/Age/Religion-Among-the-Millennials.aspx