Changing Shape of Christians in Minnesota... 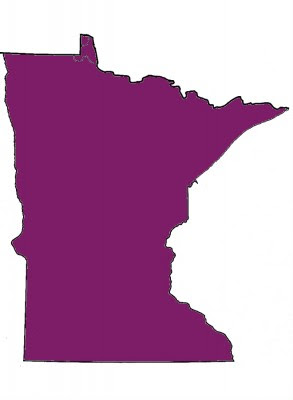 Minnesota is something of a mystery to me.  On one hand, it is familiar and even comfortable.  Coming from Nebraska, I recognize the Scandinavian heritage and claim it as well (being half Swedish).  Having farm roots, I can identity with the largely farm economy and small town character of much of the land of many lakes.  Being Lutheran, I resonate with a state that has so many Lutherans you cannot spit but hit a dozen or so.  I recall that at one time Mankato had Lutheran congregations of seven different Lutheran jursidictions.  Imagine, that!  And everyone probably knew and could delineate the differences that distinguished them, too!

At the same time I cannot figure out a state which glories in the Farm Labor Party and HHH (that's Hubert Horatio Humphrey to you neophytes) having elected Jesse Ventura as govinator.  What is with that?  Really!  You have conservatives who are humble and self-deprecating (when and if they do laugh, they often laugh at themselves) and yet you have liberals of theology and practice who glory in their liberalism (this is a state where a congregation glories in having called a gay ELCA man once booted from the denomination!).  Go figure.

Well, if you are interested in Minnesota and what the sands of time are doing to change the little houses on the prairie, read up on it here...  To rush you to the punch line, I have quoted a final paragraph...

Peter Haas, pastor at Substance Church, one of the fastest growing nondenominational congregations in the Twin Cities with 3,000 followers and four church campuses, says their worship services tend to be more contemporary, which attracts younger families. About 70 percent of his congregation is under the age of 30.

"There's more opportunity for them [younger pastors and congregants] to lead, which means they also get to define church culture," Haas said. "There's less dogma and less tradition to contend with. A lot of people don't understand the traditions [of denominations] and would like to reinterpret the Bible through a new lens. It's the same message but a different format.

Though this came out of MN, I do not think this sentiment is isolated to only Minnesotans. Unfortunately, I bet you can find this in ANY state in the country.

The traditional small town , which used to provide a sense of community, is dead. The residents of boring, bland, anonymous suburbia leave the churches of their youth for non-denominational churches in search of fellowship.

Lutheran churches everywhere do not know how to "do" fellowship and have no clue how to encourage a sense of community.

I am looking forward to hearing one of Pastor Haas' sermons here: