Trinity and Christian Orthodoxy... Is the first required for the second? 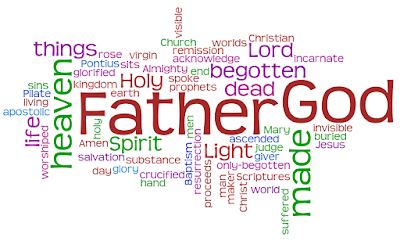 Rick Warren seems to be approaching it from another perspective entirely.  Warren seems to distinguish Christianity from orthodoxy (small "o").  In other words, he grants that Mormons are Christian -- as Christian as are the many ordinary Christians who either disavow the creeds or do not even talk in Trinitarian terminology.  Yes, they are Christian but their Christianity is not orthodox -- at least and especially in terms of its confession of God as one and three, Father, Son, and Holy Spirit.

“The key sticking point for evangelicals and actually for many is the issue of the trinity,” Warren said. “That’s a historic doctrine of the church — that God is three in one. Not three Gods, one God in father, son and Holy Spirit. Mormonism denies that. That’s a sticking point for a lot of Catholic Christians, evangelical Christians, pentecostal Christians because they don’t believe that. Now, they’ll use the same terminology. But they don’t believe in the historic doctrine of the trinity. And people have tried to make it other issues, but that’s one of the fundamental differences.”

You can hear it all here.

It really then comes down to a basic question:  Is the confession of the Trinity fundamental to Christian identity or is it related to the question of how orthodox or heterodox that Christian identity is?  So, following the opening supplied by Warren's answer, many have suggested that there are two different questions with two different answers.  Are Mormons Christian VS Is Mormon theology orthodox.  You can read some of that debate here.  I guess what sticks in my craw is where you draw the line.  Can you be Christian with an unorthodox understanding or confession of God?

It may very well be true that there are plenty of Christians (and not just those in non-creedal churches) who couldn't make a Trinitarian Confession if their life depended upon it.  They may be Roman Catholic or Lutheran or from a hundred other traditions.  That does not make it right.  If we have failed to speak of the mystery of the Trinity in such way that this mystery is both our confession and our conviction, then we have failed to fully catechise these Christians.  We should not blame them but ourselves.  Nevertheless, the failure of catechesis is a very different thing than a confession which refuses to speak of God as Scripture, council, and creed have affirmed for nearly two millennium.  Orthodoxy is not a matter of the heart (which only God can see and judge) but of the words by which we acclaim Him Lord and God.  It may be a felicitous inconsistency that there are true Christians in churches which are heterodox or not even Christian in their confession but we dare not depend upon such anomalies.  In our speaking and in our writing, the goal is to confess the fullness of the mystery of the Trinity as much as human wisdom and words can confess it.

I believe that confession of the Trinity is fundamental to the Christian faith, just as I believe anyone baptized "in Jesus' Name" alone (Jesus Only sects) needs to be (re-) baptized. However, I also believe the President of the United States must represent all her people, and not all are Christian. Didn't similar questions surface with Kennedy and his Catholicism? Romney's Mormonism, therefore, is not an issue for me (unless he chooses to make it so in his presidency). As an aside, having known many Mormons, I can say that the practice of their faith in speech and conduct shames that of many so-called Lutherans and/or orthodox Christians.

The Holy Trinity, as described in the Nicene Creed is fundamental to Christianity.

Rick Warren appears to be a very poor place to look for the definition of a Christian these days. He has been spouting this Chrislam foolishness, trying to blend Christianity and islam, so I no longer consider him a Christian leader at all, but rather a simple heretic. He has abandoned Christ for mighty Mo, the desert pedophile.

Rick Warren, in spite of any desire he has to appear otherwise, is Southern Baptist.

I grew up Southern Baptist. We were taught from childhood we as Baptists affirmed "no creed but Christ."

We held to the Trinity, but not to the ecumenical creeds (they were 'big C' Catholic). To our shame, we learned otherwise as we grew older.

I think two things: 1. Those heterodox who hold to the Trinity, but not the creeds are myopic. They see Church History as beginning with their own particular denomination. Some even try to move their beginning back to John the 'Baptist.' 2. Those heterodox who today don't really know if they believe in the Trinity are generally among those who think Christianity is beyond that irrelevant piece of doctrine.