I coulda said that... 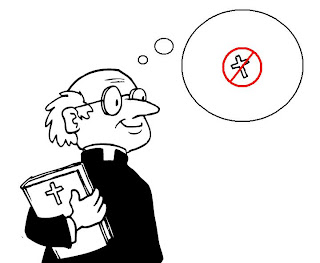 Peter Leithart, a person with whom I have had some public disagreements, has decided to sound like me (okay, maybe not).  Anyway, he has taken up a popular theme of mine when it comes to preaching.  In his First Things piece on A Man of God Leithart has said some very wonderful things about the tension between what preaching and preachers have become and the apostolic legacy that is to define us.  I think they are worth passing on.  The piece is short and you can read it all here but I want to pass on to you three paragraphs packed with punch.

Alan, Luther, and Oden are simply restating the New Testament’s central claim about pastoral ministry. Since the preacher holds an apostolic office, he is called to imitate the apostles, who were determined to “devote ourselves to prayer and to the ministry of the word” (Acts 6:4).

The pressures on this ancient discipline are enormous. One of the constant challenges of pastoral ministry arises from the sheer vastness of need that surrounds any pastor. As Eugene Peterson has often observed, pastors can camouflage their vocational failures under a frenzy of busyness—not least because church members notice busyness. A pastor devoted to prayer and the word looks like a withdrawn pastor, a pastor who doesn’t care much for his people, or any people for that matter. Parishioners may be more intrigued by a preacher who can speak in the latest slang, who quotes the hot bands, who jars them with obscenities from the pulpit than by a man who knows God deeply.

Preachers should believe that that God knows what people need better than people do. What builds the church is not a man who has acquired theological information, or a man who can keep the attention of a crowd. Theological information and rhetorical skill are important. But what a congregation finally needs is assurance that the man who speaks to them from the pulpit every week is capable of bringing God’s word because he is acquainted with the Father of Jesus Christ through the filling of their Spirit.
Posted by Pastor Peters at 6:00 AM

May all ministers of the Gospel be the type of pastor many parishoners think doesn't love people, spends too much time in his study, and isn't busy enough.

More importantly, may each of them have at least one strong defender in the congregation who really knows what's going on.