Why Luther was not an evangelical. . . 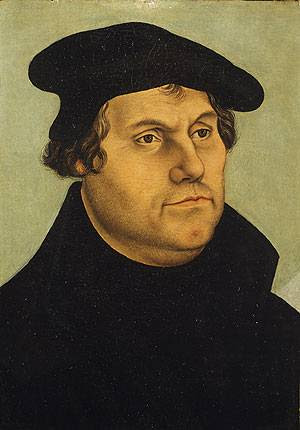 From Carl Trueman via Justin Taylor...

Carl Trueman, writing against our tendency to romanticize Luther, remaking him in our own image, offers 9.5 theses about the man and why he might have a hard time fitting into the typical evangelical church:
Here’s the 9th thesis in full:

Shortly before he died, Luther declared that only his 1525 response to Erasmus, On Bound Choice, and his catechisms were worthy of preservation. If he were alive today, it is very doubtful that he would be running a website devoted primarily to promoting his own books and pamphlets. He would thus be unlikely to make the grade in the modern American evangelical world. Nor would he indulge in such shameless self-promotion by calling it explicitly ‘shameless self-promotion’, as if the labored attempt at postmodern irony somehow makes the self-serving nature of such venal vanity acceptable. I suspect he would think that it actually makes it worse, adding the sin of ‘insulting the reader’s intelligence’ to the obvious one of ‘shameless self-promotion.’

If Luther was alive today, he would be a member of Zion Detroit :)