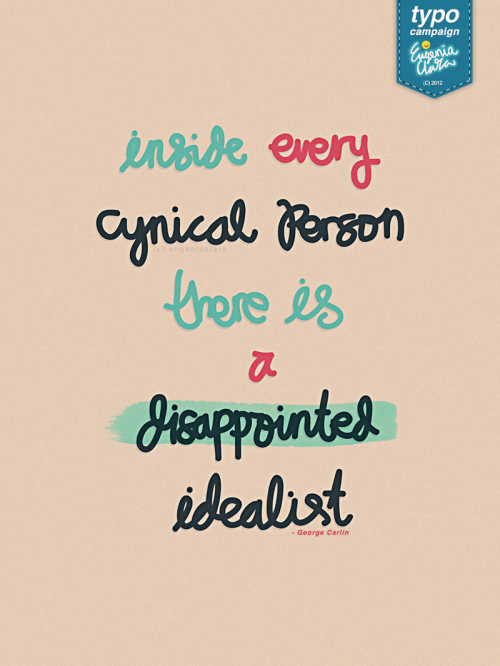 I have long said that in politics, the liberals embrace all kinds of other liberals while the conservatives eat their young.  No one is good enough, conservative enough, true believer enough to fit the mold and so conservatives fight and lose when their cause may even enjoy majority support.  That is also true in the Church.  Liberal Christians enjoy the various shapes of liberality in other Christians and churches while conservatives seem to constantly narrow the definition until no one but themselves fit.  We have far more splinter groups among the conservatives than we do the liberals  -- that is largely due to the hefty dose of idealism and the lack of compromise in politics and in the Church.  In my own Missouri Synod's somewhat tumultuous history over the past 40-50 years, those on the conservative side have splintered into various factions while those on the more moderate side seem more than willing to put up with subtle differences to be a united front.  Some say that this factionalism has led the center right to lose the Synodical Presidency more than once.  I don't know but it is hard not to agree with that premise.

I only wish that conservatives spoke with a more welcome and winsome voice to gather and unite and that the, well, more moderate folks among us were more discerning and less accepting of every new thing.  The idealist in all of us seeks a church body that all looks similar to me.  The realist seeks the same thing.  The cynic is not sure that it will ever happen.  Most of the conservative folks I know are really fine people.  They yearn for a Synod united in doctrine and practice -- not out of enforcement but because people are true believers.  Most of the moderate folks I know are really fine people.  They yearn for a Synod in which Pastors and congregations trust other Pastors and congregations to make local decisions with theological integrity even when they may be different from the norm.  Both are idealistic, though the conservatives are probably more cynical.  They would have those who disagree to leave while the moderates simply want the conservatives to shut up.

The problem lies in the fact that this tension has brought great harm to the whole work of our church body.  The congregation (both conservative and moderate) consumes more and more of the money pot.  The Districts feed well at the same pot.  The work we have in common suffers.  Recent Lutheran Witness articles have point out the fiscal cliff that is rapidly approaching.  At some point we must begin an earnest conversation to end this tension.  For the life of me I do not get why some think our church body would be better off smaller and for the life of me I do not get why others do not see the need for a common identity in teaching and practice.  But that is the problem.  Idealism has given way to cynicism on both sides so we impugn the motives of our enemies and seek comfort from our like minded friends.  I hope and pray that our idealism will not leave us the embittered skeptics who hope for nothing good and are willing to risk nothing to see if that good might be out there.
Posted by Pastor Peters at 6:00 AM

Inside every cynic is a person who does not realize his/her own Sin.