Obama on the value of parochial schools... 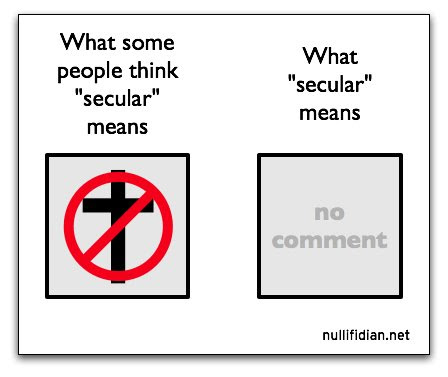 Speaking in Belfast, Northern Ireland,  on June 17, President Obama has weighed in on the value, or apparently, as he sees it, the lack of value and, indeed, the destructive character of parochial schools.

“If towns remain divided—if Catholics have their schools and buildings and Protestants have theirs, if we can’t see ourselves in one another and fear or resentment are allowed to harden—that too encourages division and discourages cooperation,” the US president said.

Bold as brass, Obama has decided that parochial schools are an impediment to national unity and breed suspicion, fear, and resentment among the students and the general populace.  So if this is the esteemed opinion of the US President about the state of education in Northern Ireland, does he feel the same about religious schools at home in America?

This would explain why the Obama administration was a friend of the court against the church in Hosanna-Tabor vs EEOC and why the administration's health care regulations have taken away the religious rights of employers (sacred and secular) and why his administration seems to view the anti-abortion stance of churches as an intrusion into the free realm of the right of a woman (even small girl) to her own body... and the list goes on.

The shock is not that President Obama may think this way.  Many liberals do.  The shock is that he is almost blind to the first amendment rights that guarantee freedom of religious expression.  Whatever he thinks or does not think, the rule of law in this land is constitutional right and not presidential opinion.  I hope that someone in his administration reminds him of this from time to time.  He may have his opinion and give voice to it but unless he wishes to change the foundational documents on which the laws of this nation are based, it remains only a personal opinion and not an operating agenda for the government.
Posted by Pastor Peters at 6:00 AM

Has anyone heard of the new "common core" program that the government wants all states to adopt? It's rather frightening. One spokesperson I saw being interviewed in favor actually said that it's NOT the parent's responsibility to raise children, it's the "communities." This sort of collectivism thinking is just what Obama is promoting. Sick stuff...

Bold as brass, Obama has decided that parochial schools are an impediment to national unity and breed suspicion, fear, and resentment among the students and the general populace. So if this is the esteemed opinion of the US President about the state of education in Northern Ireland, does he feel the same about religious schools at home in America?"

When he does it, it is fine. When we do it, it is evil and the cause of all of society's problems.