The chicken or the egg... 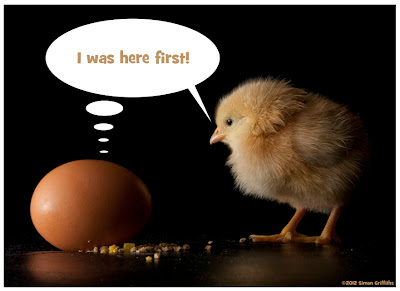 I quote her quoting Mary Eberstadt:

In her excellent book How the West Really Lost God, Mary Eberstadt argues that the sharp decline in religious belief (and the waning influence of the churches) in the Western world is related directly to the decline of the traditional family.


The Christian story itself is a story told through the prism of the family. Take away the prism, and the story makes less sense. We men and women, whether inside the churches or not, are only at the beginning of understanding how the fracturing of the natural family has in turn helped to fracture Christianity.

Citing a study conducted with over 1,400 children of divorced parents, Eberstadt excerpts an interview in which a young man, asked if God is like a parent, mush-mouths his way through a puzzled response and then gives up, admitting, “I’m drawing a blank. I’m just drawing a blank.”

The wages of family decline have certainly cost the Church in many ways.  From the volunteers once so prevalent from women not working outside the home to the phenomenon of weekend visitations for children of divorced parents and its impact on the Sunday school to the rise of two income families in which the children are either non-existent or left to day care or others to raise, we can all see how the decline of the family has impacted the Church.  But the other side is equally true.  As the Church has become more and more embarrassed by and hesitant to speak of the family (especially in the wake of social change, the rise of cohabitation, and the incidence of divorce), the home has less and less to ground it, support it, and define it in ways that mirror all of human and specifically Judea-Christian history to this point.

In my Sunday Bible study we hit Mark 10 and I jokingly said that maybe we should skip that portion of the chapter where Jesus is asked of divorce.  Not so jokingly I admitted that it is one of those sections of Scripture read less and preached on even more infrequently because we preachers like to be liked and we know that everyone in the parish has divorced family members and friends or is divorced themselves and we don't want to offend.  But that is the point.  It becomes an offense not because we preach faithfully the Word of the Lord but because we fear doing so.  That is the greatest offense of all.

Scalia in her column mentions a section of Tobit.  Granted we Lutherans barely read the Apocrypha and the Roman Catholics and Orthodox only a bit more while the rest of Christendom is wondering what on earth I am talking about.  But the words are worth hearing as we try to figure out not only which decline came first but what we can do about it...

Raguel [Sarah's father] then promptly handed over to Tobiah his wife Sarah, together with half of all his property: male and female slaves, oxen and sheep, donkeys and camels, clothing, money, and household goods.

He saw them safely off. Embracing Tobiah, he said to him: “Farewell, son. Have a safe journey. May the Lord of heaven grant prosperity to you and to your wife Sarah. And may I see children of yours before I die!”

Then he said to his daughter Sarah, “My daughter, honor your father-in-law and your mother-in-law, because from now on they are as much your parents as the ones who brought you into the world. Go in peace, daughter; let me hear a good report about you as long as I live.” Finally he said goodbye to them and let them go.

Edna also said to Tobiah: “My child and beloved kinsman, may the Lord bring you back safely, and may I live long enough to see children of you and of my daughter Sarah before I die. Before the Lord, I entrust my daughter to your care. Never cause her grief all the days of your life. Go in peace, son. From now on I am your mother, and Sarah is your sister. Together may we all prosper throughout the days of our lives.” She kissed them both and saw them safely off.

When did Lutherans start reading the Apocrypha at all? Didn't St. Martin (Luther) condemn it?

In addition to the Roman Catholics and the Eastern Orthodox, Anglicans regularly read the Apocrypha. Here is one of my favorite passages from the Apocrypha, beginning in Wisdom 2, and continuing on in to the Ch. 3:

2:10 Let us oppress the righteous poor man; let us not spare the widow nor regard the gray hairs of the aged.
11 But let our might be our law of right, for what is weak proves itself to be useless.
12 "Let us lie in wait for the righteous man, because he is inconvenient to us and opposes our actions; he reproaches us for sins against the law, and accuses us of sins against our training.
13 He professes to have knowledge of God, and calls himself a child of the Lord.
14 He became to us a reproof of our thoughts;
15 the very sight of him is a burden to us, because his manner of life is unlike that of others, and his ways are strange.
16 We are considered by him as something base, and he avoids our ways as unclean; he calls the last end of the righteous happy, and boasts that God is his father.
17 Let us see if his words are true, and let us test what will happen at the end of his life;
18 for if the righteous man is God's son, he will help him, and will deliver him from the hand of his adversaries.
19 Let us test him with insult and torture, that we may find out how gentle he is, and make trial of his forbearance.
20 Let us condemn him to a shameful death, for, according to what he says, he will be protected."
21 Thus they reasoned, but they were led astray, for their wickedness blinded them,
22 and they did not know the secret purposes of God, nor hope for the wages of holiness, nor discern the prize for blameless souls;
23 for God created man for incorruption, and made him in the image of his own eternity,
24 but through the devil's envy death entered the world, and those who belong to his party experience it.
RSV Wisdom 3:1 But the souls of the righteous are in the hand of God, and no torment will ever touch them.
2 In the eyes of the foolish they seemed to have died, and their departure was thought to be an affliction,
3 and their going from us to be their destruction; but they are at peace.
4 For though in the sight of men they were punished, their hope is full of immortality.
(Wis 2:10-3:4 RSV)

The ELS convention this summer had a wonderful essay by Bethany Lutheran College Chaplain Rev. Don Molstad thoroughly covering this topic. The essay is entitled "Engaging Families with Jesus."
http://www.evangelicallutheransynod.org/download/2013_convention/SynodEssay_2013.pdf

Some of us Lutherans read it, and Fr. Peters has even taught Sunday morning Bible Study on it.