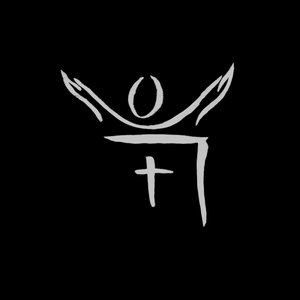 The problems of preaching are well known and have been addressed in a variety of ways by a variety of people.  T. David Gordon has a nice little book that offers a perspective on the problem of preaching which he has called Why Johnny Can't Preach.  I have taken to this little book.  The author refuses to allow preachers to hide behind the traditional excuses of the video game and short attention span of culture.  Surely these are part of the problem but it is not a problem only of the hearer.  It is also a problem of the preacher.

For the preacher, living in an oral culture and one in which our communication is mediated and not immediate, is a distinct problem in learning how to preach.  Gordon speaks of how an oral culture makes it difficult to distinguish the insignificant from the significant.  We tend to speak more words on a phone call then we would write in a letter but more words do not always lead to better communication.  In fact we have more words with less meaning.

Added to this is the lack of organizational skills to our communication.  When you speak on the phone or write on Facebook, you do not think about what you say.  You speak.  You hit the keys on the keyboard.  The words flow but not in an organized way and without benefit of knowing where you hope to end.  Like phone conversations, sermons today tend to be all over the place.  The hearer may be accustomed to this splatter of words but familiarity does not necessarily lead to informed listening.  In addition, our conversations have no directed purpose or goal and therefore sermons tend to mirror mediated communication forms, leaving the people without something clear and understandable to take home from the sermon.

When most of our communication is oral or through social media, we lack the ability to see how people receive our words.  Preaching anticipates a response.  The preacher who spends most of his time in mediated communication finds the sermon an anomaly.  Since it is not even close to his usual forms of communication, content is not the only issue the preacher faces when he enters the pulpit.

Gordon also talks about how education has changed.  Students do much less writing than in the past.  Not only do they lack penmanship skills, they lack the ability to organize their thoughts, summarize their meaning, and emphasize major points over less significant words.  In the past, logic was a component to a secondary education.  People were taught how to think.  The shift to a task oriented educational model leaves little room to learn how to think, organize your thoughts, and speak persuasively (apart from sentiment).  According to Gordon, our seminarians communicate at the same level as seventh and eighth graders of previous generations.  This is one of the reasons why visual tools like PowerPoint have been used so much.  The visual image is the replacement for the well thought out and clearly articulated homily.

I think Gordon has hit the mark here.  It is not just a problem at the seminary level.  In fact, as Gordon puts it the seminary and its curriculum cannot make the seminarian an adult by the day of graduation.  I can speak personally to the difficulty that many seminarians face in organizing their time, their resources, and their tasks.  The stereotypical ADD culture is not anecdotal but real for many seminarians.  This is even more critical since the Pastor is largely in control of his schedule and the parish depends upon the Pastor being able not only to organize himself and his time but to attach priorities to the various tasks before him.

As is Why Johnny Can't Sing.