The many flavors of Orthodoxy. . . 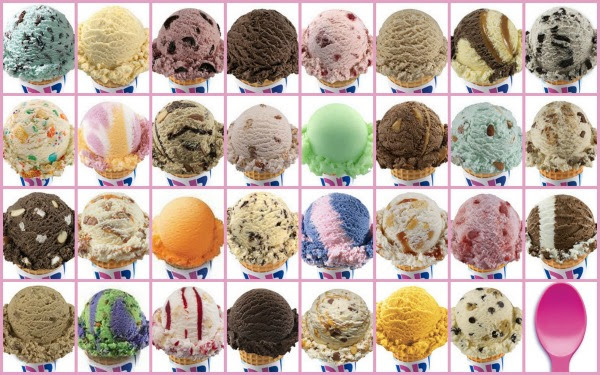 I will not rehearse the history here but it is safe to say that America presented a problem for Orthodox ecclesiology.  What should have been one jurisdiction in the new land has become geography with many jurisdictions and some have not played well together over the years.  There have been attempts to revisit the matter and create a more clearly defined jurisdiction for all Orthodox here but such has not borne significant fruit.  So Orthodoxy in the US has ended up with a web of overlapping (dare I say competing?) Orthodox “jurisdictions.” This is clearly an exception to Orthodox practice and in some larger American cities there may be as many as eight different bishops claiming jurisdiction --  the Greek parishes under a Greek bishop; the Serbians under a Serb; the Russians under a Russian, etc...

What everyone once agreed should have been a temporary anomaly has become established practice not so easily ended.  Now it seems that voices are being raised to find a means of justifying the maintenance of distinctive liturgical, theological, and spiritual traditions that once gave birth to the problem of overlapping jurisdictions.   In effect, there is a growing consensus that the status quo of overlapping jurisdictions throughout the world should be maintained, that Orthodox communities need to be served in such manner as is required by the distinctive ethnic, liturgical, spiritual, and liturgical traditions of those communities.

What this means is that Orthodoxy has come to see itself somewhat like Baskin-Robbins -- a church of many flavors.  Whichever flavor do you like best is the particular jurisdiction to which you may choose to belong.  It has also come to acknowledge that serving different particular communitites represents a distinctly different situation than the early church from which the rules of jurisdiction came.

There was once broad agreement to this understanding among the Lutherans who emigrated into the New World from various and sundry locals.  This existed for a time but it was always conceived as a temporary situation that would better resolve in the development of mergers (or at least councils or conferences in which unity would be expressed even within the strictures of diverse structures, offices, and officers).  Now Lutherans look back almost with a mixture of contempt and longing when their church bodies represented shared ethnicity, language, liturgical, theological, and spiritual traditions.  What we have today is decidedly not the case.  We have deliberately worked to transcend these old divisions but this has resulted in new divisions somewhat less salutary than the old ones.  Lutheran jurisdictions today are divided not among ethnic or even liturgical lines but upon theological ones.  Even within each jurisdiction there is a diversity of theological expression and a breadth that severely tests the boundaries of unity. One can only wonder if the same thing will eventually afflict the Orthodox who have agreed to keep, for the time, different jurisdictions in the same place -- divided almost exclusively along the lines of ethnicity and liturgical and spiritual traditions.

Personally, I am not sure that much has been gained by the disdain we have shown our once clear divisions due largely to language and culture.  We are aligned in fewer denominational structures but they seem both less uniform and united than ever before and less vigorous than was evident when the ethnic divisions predominated.  In my home town a once vibrant Augustana Synod parish has become a casualty of all that is wrong with the ELCA -- ambiguous theology, uncertain identity, acceptance of just about everything, and an unwillingness to condemn anything but intolerance.  This same group that once proudly insisted it would never accept a woman pastor would probably accept a gay one without the bat of an eye.  They have become part of the legacy Lutherans more in tune with modernity than their theological forbears.  The Missouri parish in which I grew up has remained smaller in numbers but retains a much clearer sense of its theological identity and has remained more consistent with its founding doctrinal confession.

I cannot but snicker that the Orthodox have decided to let jurisdictional practice idle while they accommodate the many flavors of Orthodoxy in the same community, perhaps the same street in America.  But I only wonder if it might not have been better for Lutherans to have done the same.
Posted by Pastor Peters at 6:00 AM

In general, mergers of Lutheran churches did not bode well in the USA. Most, if not all, of those churches that were part of the historic mergers ended up departing from the Word of God. Compromise was part of this. The lesson is to remain faithful to the Word and Christ.

It's sadly amusing that he Orthodox engage in a pracice clearly in violation of their own canons, all the while childing Protestants for abandonign "Holy Tradition" and the unit it provides.

Orthodoxy is awfully close to being simply an ethnic club. While I agree with much of Orthodox theology, I feel like an utter stranger if I visit an Orthodox Mass. The ethnic component is way too strong for them to be truly Christian.

The many flavors of Orthodoxy. . ."

A good example of a contronym.

Just curious. Does the similar scenario exist where Roman Catholic and Eastern Catholic churches share the same geography? Do they have bishops which overlap?

The English component of Anglicanism makes me wonder whether Anglicans can be called Christians.