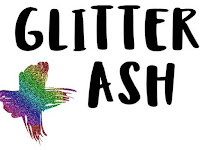 According to the RNS:


A New York-based advocacy group called Parity is asking Christians who favor LGBT equality  — “queer positive Christians,” in their parlance — to show their support by wearing “glitter ash” on their foreheads to mark Ash Wednesday (March 1).


Ash Wednesday kicks off the six-week somber season called Lent that leads to Easter, and is usually marked in churches with the color purple. Traditionally, plain gray ashes, blessed by a minister or priest, are smeared on the foreheads of Christians to symbolize repentance.

“This is a way for queer Christians and queer-positive persons of faith to say ‘We are here,'” said Marian Edmonds-Allen, Parity’s executive director. “It is also a way for other people to be a witness to that and be in solidarity with them.”

Instead of repentance, flaunt it.  While it is hard to see that this will catch on among the churches that do apply ashes, it is not impossible to imagine that some Lutherans might exchange the solemn ritual for such comedic shtick.  Think her Her Church, anyone?  How sad.  Although it is impossible to predict what will be, truth is always stranger than fiction. . .
Posted by Pastor Peters at 6:00 AM

Evil men do not understand justice, but those who seek the Lord understand it completely. (Proverbs 28:5)

The proverb above seems to describe every friend of mine interested in gay rights who doesn’t know Jesus to be like a blind man demanding that the church walls be painted his favorite color to include glitter.