The wrong kind of apologetics. . . 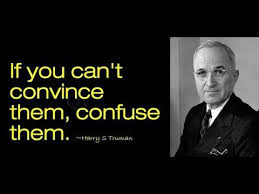 Apologetics is supposed to be a defense of the faith.  It is for some, however, an apology for the faith, an "I'm sorry" Christianity goes against your reason, your science, your desire, or your purpose but just maybe you ought to pause before ditching it entirely...  We need defenders of the faith who will engage the skeptics, agnostics, and atheists of the world.  We do not need apologists who agree that Christianity does not seem plausible or reasonable or relevant in our scientific world but believe anyway.

Andy Stanley has been a phenomenon since he was a little boy.  The son of famous Southern Baptist pastor and onetime denomination leader Charles Stanley, he has had an on and off again relationship with his dad, his dad's theology, and his dad's church.  It led to a very public split and Andy starting his own mega franchise (without the Southern Baptist logo).  His dad was and is a fairly predictable and reliable Southern Baptist.  Andy, not so much so.  In fact, Andy has determined to craft a Christianity in which Scripture and the Virgin Birth, among other things, need not be impediments for those who find Scripture not credible and the Virgin Birth, well, kooky.  Therein lies the rub.

“So I need you to listen really, really carefully and the reason is this: Perhaps you were taught, as I was taught, ‘Jesus loves me. This I know’ – and let’s all  finish it together – ‘for the Bible tells me so.’ This is where our trouble began. . . ”  so preached Andy in August of this year.  It was followed up by a Dec. 4 Christmas themed sermon in which he reached, among other things “In fact, you should know that Christianity doesn’t hinge on the truth or even the stories around the birth of Jesus. It really hinges on the resurrection of Jesus.”

I understand what Stanley is trying to do but he is not doing his skeptical hearers any favor.  Peeling back layers of the faith to get at the core of what must be believed is never a process that has an ending point.  The whole rise of religious skepticism that became normative in the late 20th century was surely no more than an attempt to do what Stanley was doing -- deal with the contradictions between "science" and faith, reason and faith.  The problem was that an opening never remains the small hole intended to allow the skeptic in and nearly always becomes a giant means of escape in which the tenets of orthodox Christianity begin disappearing from creed and confession until there is nothing left but a spiritual Jesus endeavoring to make people spiritual (without being religious).

Apologetics is surely not my area of expertise but it is the call of duty for ever pastor.  Christianity is under siege in the university and among the elites, to be sure, but the faith is under no less of an assault by folks on Main Street as well.  This is exactly where the parish pastor lives -- defending the truth of Scripture and the claims of creed and confession to a people for whom "Thus saith the Lord" is no longer enough.  We do this best not by abandoning the Scriptures nor by admitting that there is a conflict between the "spiritual" truth of the Bible and the "real" truth of science.  This is merely a rabbit hole that leads away from the faith and into a wonderland in which reason is presumed to be the most secure and reliable truth of all.  No good is served for the faith or the faithful by peeling away the layers of the incredible to get to the core.  Christianity is by nature incredible to the ordinary human mind -- apart from the work of the Spirit.  Foolishness is always the judgement of the world against the Wisdom of God -- especially when that Wisdom is made flesh of a Virgin by the Holy Spirit to carry the weight of the world's sin into His death and rise with the hope of the resurrection to new and everlasting life!

Stanley is surely winsome and he has all the tools to make his case convincing.  And I am sympathetic to his point.  "If the Bible goes, so goes our faith. . ."  We do face a danger of a Biblicism which bolsters the faith by treating the faith as something fragile that must be protected instead of a sturdy truth that can and does confront the emptiness of the world.  That, however, is a position that has been retreating from churches and people for a very long time.  It has been replaced with a far more nefarious enemy.  This enemy says that perhaps, maybe even probably, much of the Scripture is not true (Jericho's walls did not fall, the sea did not part, the six days were euphemisms for long epochs of history and evolution, the Virgin Birth is pious myth, etc...).  That does not matter, says the enemy.  Spiritual truth remains.

Our bones will remain in the ground but we will live a spiritual life.  Jesus was born of a woman who could have been a young woman raped by a soldier or the victim of a insincere boyfriend, most of the miraculous stories of the Bible are myths -- but do not despair, we will rise and live like Jesus and with Jesus in some spiritualized version of life.  Andy Stanley is not the first to suggest that there is a division between the credible truths of the faith that must be believed and the whole of the Scriptures which can be taken with a grain of salt.  But he is no apologist in the classic sense of that term.  His is the house of cards that offers little or nothing to those who would gladly strip away layers of myth to get at what might be real.

Faith is not bolstered by those willing to admit that the Word of God is legend or myth or fabrication or even that the Bible is both words of man (which may not be true) and Word of God (which probably is).  Lutherans are not Biblicists and our faith is not a weak and fragile truth that must be protected at all costs.  We know a Word of God which is powerful and efficacious.  Its power lies not in that it is true (which it is) but in that it is the breath of God, the voice of God, and power of God to deliver what He has done to a people living in rags of unrighteousness and ashes of death.  Our people need defenders of the truth and not negotiators will to admit the enemy's most powerful lies.  Stanley thinks he knows what he is doing but he has tossed out the baby with the bathwater and eventually nothing will be left to preach but the here and now (aka Joel Osteen).  That is not Christianity and that is no faith worth settling for. . .
Posted by Pastor Peters at 6:00 AM

I would differ regarding the father, Charles. When he refused to step down when he and his wife divorced it bottomed out his credibility.

The larger issue with Charles is that his televised sermons (of which I've listened to dozens and dozens) are 98% Law, and then he tacks on a snippet of Gospel at the very end.

Andy's sermons (of which I've only heard a few) tend more towards "helpful tips for Christian living." No Law and no Gospel, either.

I'll stick with Luther, Walther, and my own local pastor!

If a man ought not be in the ministry at all what he preaches once he is there is a secondary issue.

Andy Stanley seems to preach to his own insecurities. He is not very comfortable with the miraculous or the tension of paradox that we find throughout Holy Scripture.